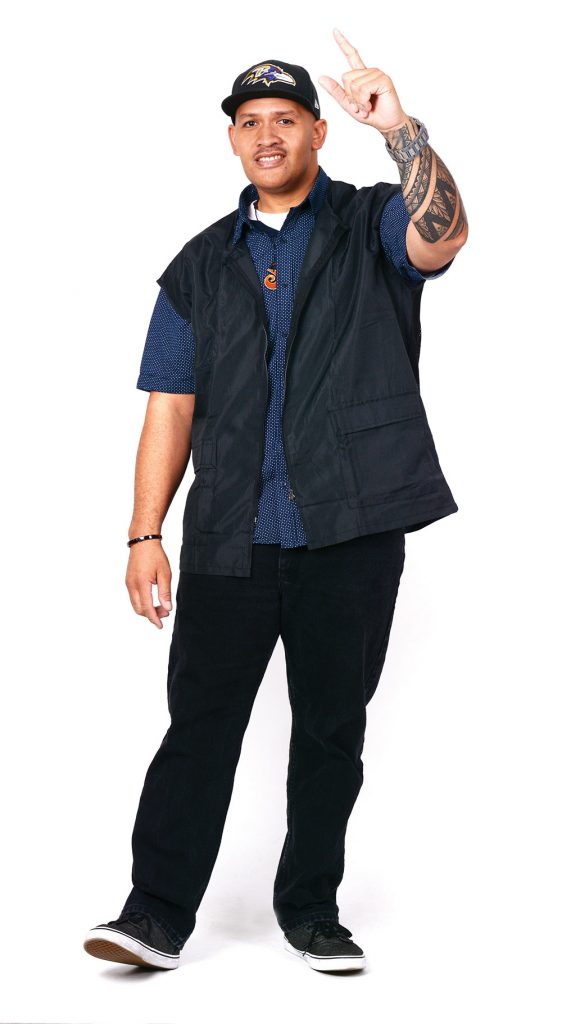 As a Tongan born and raised in Provo in the late 1970s and early ‘80s, Vili Lino knew he stood out.

“I was always aware of my hair,” Vili says. “All the kids had blonde hair, and I was stuck with this big, brown afro.”

Vili received his first fade at 12 and finally felt confident. Two years later, he picked up a pair of clippers and began practicing until he eventually went to barber school at Salt Lake Community College in 2010. A year later, Vili opened Lino’s Barber Shop in Orem and his career started growing out.

“Cutting hair since I was a kid came in handy,” he says. “I didn’t realize I was working on my craft for years.”

When Lino’s opened, the community’s heads started lining up.

Relocating to a bigger place in 2015, Vili’s one-man barber shop has since grown to a four-man barber shop. At 41, Vili lives in Provo with his wife, Tava, and son, Alama. He feels grateful to serve the community he grew up in.

“Getting my first clean haircut as a kid made me feel awesome, and I was addicted to that,” Vili says. “I want to provide that for those I care for. I’m a product of Utah Valley. I’m not just serving a public to make money. I’ve really loved this community since I was a child.”

“I love a good burger, and Mooyah burgers are one of the best burgers I’ve ever had. They can get pricey so I don’t eat them often, but when a special guest comes to town I give them the best I can offer, and those burgers at Mooyah are the best.”

“I love reggae. It’s laid-back music you can chill and relax to. I can play it all day in the barber shop and not worry because it’s family-friendly music.”

“There’s a Neighborhood Walmart in Provo that’s part of a shopping strip, along with one of our favorite clothing stores.”

“I’ve loved hats since I was a kid. There is nothing better in the world to me than putting on a fresh baseball cap. It doesn’t matter what team it is as long as it’s new and matches the clothes I’m wearing that day.”

“I used to work for Provo City Parks and Recreation. We take our son to places like Bridal Veil Falls, Big Springs Park, and Canyon Glen Park. We like to get away from town and spend a lot of time walking through there to see nature and the mountains.”

“I’m addicted to my wife and son and we love to go out for a good meal at our two favorite restaurants. We spend a lot of time at The Great Steak Grill eating and enjoying each other’s company, and I grew up with Sensuous Sandwich. I like to support great local businesses.”

“I feel alive during the summertime. I especially love July with fireworks, parades and families camping out on University Avenue. I love to swim with my son at Seven Peaks Water Park and SCERA Park Pool. We spend time enjoying the warm air.”

“There’s a lot of Tongans that are playing these days from the high school level to college and all the way through the NFL, so we support a lot of friends and family members. Like Kalani — we support and root for BYU now that he’s there.”

“I grew up with Kalani Sitake and have been cutting his hair since the early ‘90s. I cut James The Mormon’s hair since before he was doing music. I also cut Mimi Knowles’ hair and Junior Maile’s — I love his music a lot.”