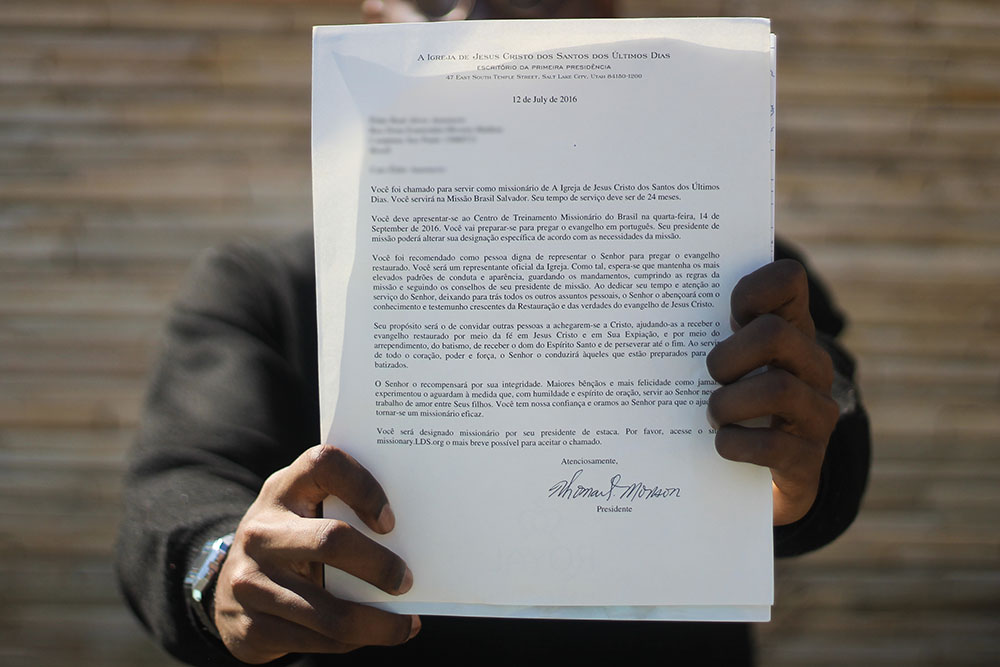 Mission calls are signed by the president of The Church of Jesus Christ of Latter-day Saints. (Photo courtesy of LDS Church)

For the first time in nearly 10 years, a new signature will mark the mission calls sent to prospective missionaries for The Church of Jesus Christ of Latter-day Saints this week.

Typically, mission calls include the signature of the president of The Church of Jesus Christ of Latter-day Saints at the bottom of the letter. However, LDS President Thomas S. Monson died from causes incident to age on Tuesday, Jan. 2 at 10:01 p.m., which left the Church temporarily without a prophet. The 90-year-old president, who was the 16th prophet for the LDS Church, was surrounded by family at the time of his death.

With the passing of President Monson, the role of president is vacant, so President Russell M. Nelson, president of the Quorum of the Twelve Apostles, signed 1,150 letters sent to newly called full-time missionaries.

[pullquote]“Even when there’s an impending change in Church leadership, the work of the Church moves forward.”

“Even when there’s an impending change in Church leadership, the work of the Church moves forward,” President Nelson said. “We don’t want to have our prospective missionaries wait for their calling any longer than is necessary for this much-anticipated milestone in their lives.”

The Church’s Quorum of the Twelve Apostles will not choose a successor to President Monson until following his funeral. However, President Nelson, who is expected to be called as the new prophet, has been serving as the senior leader of the Church.

Currently, the LDS Church has nearly 67,000 missionaries serving in 421 missions around the globe. During President Monson’s administration, 410,442 full-time missionaries were called.

The funeral for President Monson will be held on Friday, Jan. 12 at noon MST in the Conference Center on Temple Square in Salt Lake City. Learn more about the funeral services here.

What comes next?: What to expect when the new prophet is sustained Next post