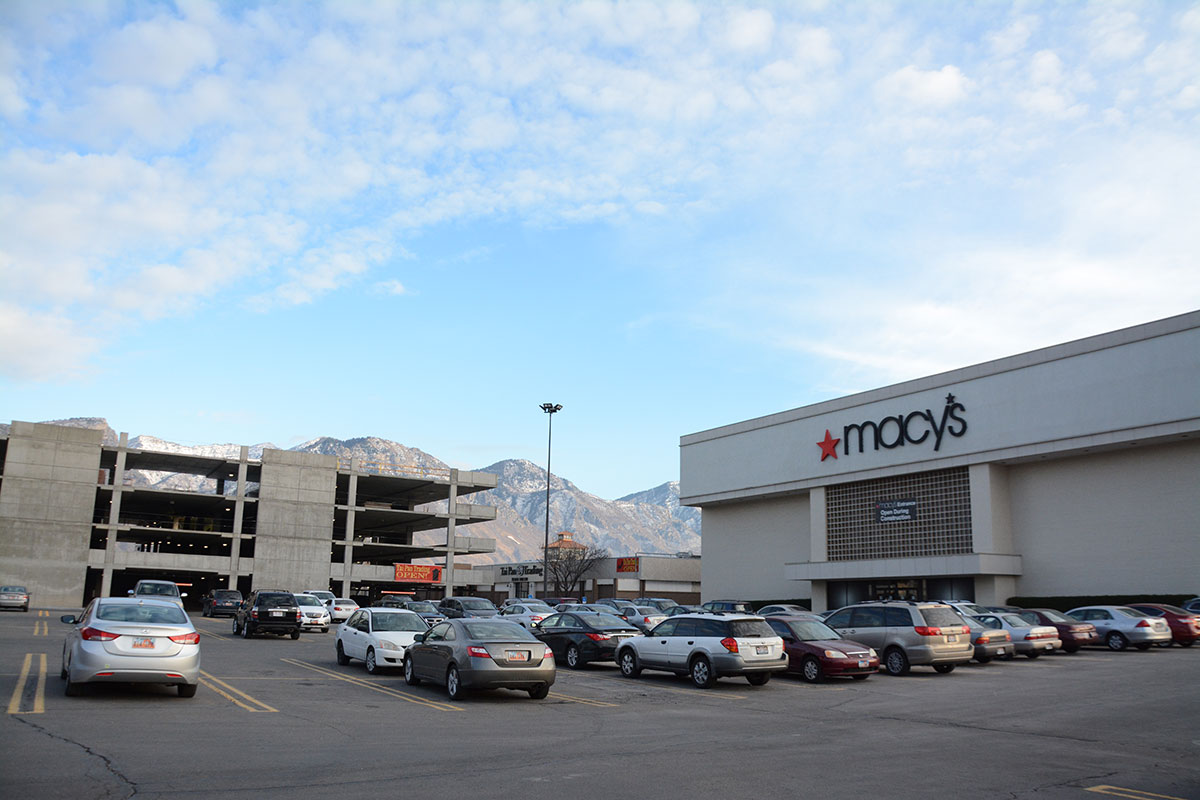 The new parking structure west of The Orchard will add 700 parking stalls to the shopping mall and should open in February 2018. (Photo by Rebecca Lane/UV360)

University Mall is nothing but a distant memory.

Nearly three years into the multi-phase project that has transformed the former University Mall into University Place, 2017 proved a productive year for the 1.77 million square-foot regional shopping center. Woodbury says the company is currently in the beginning of the second phase of the project and that multiple smaller phases are currently in production.

The project, which will take approximately a decade to complete, has been under construction since February 2015. Here’s a look back at the construction road traveled in 2018, including completed projects. Then take a glimpse into the future with a small preview into what additions residents can anticipate at University Place in 2018. 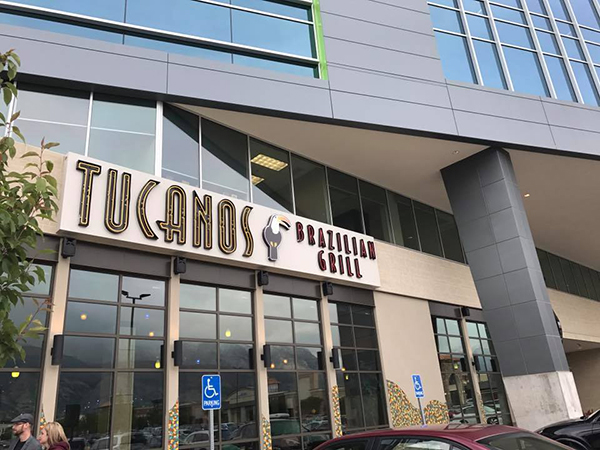 In May, Tucanos Brazilian Grill opened a new location at University Place in Orem. (Photo courtesy of Tucanos)

Another locally grown business, Tucanos, closed its location at the Shops at Riverwoods in Provo, Utah to move into a new location at University Place in May 2017. Tucanos originally opened its doors in Provo in 2000.

“We’ve got a great story going with a lot of great business and entrepreneur owners in the community that are becoming part of our project,” said Arthur Woodbury, vice president of Woodbury Corporations.

New tenants moved into the office buildings located at the corner of University Pkwy. and State St., including Clearlink.

“We’ve been really pleased with the interest we’ve had from office users,” Woodbury said.

At the Aston complex located by Costco, Woodbury Corporations completed approximately 280 units. By the time the project is finished, University Place will have added  1,100 housing units to the development.

Another addition that was less about construction and more about community was The Orchard. The Orchard, which includes an outdoor and indoor playground as well as outdoor space for events, was completed in October 2016. In 2017, University Place made good use of the new community space by hosting free events, including yoga, dance lessons, child storytimes, Pioneer Day fireworks display and more. University Place hopes to continue to grow and expand the events at The Orchard in 2018. 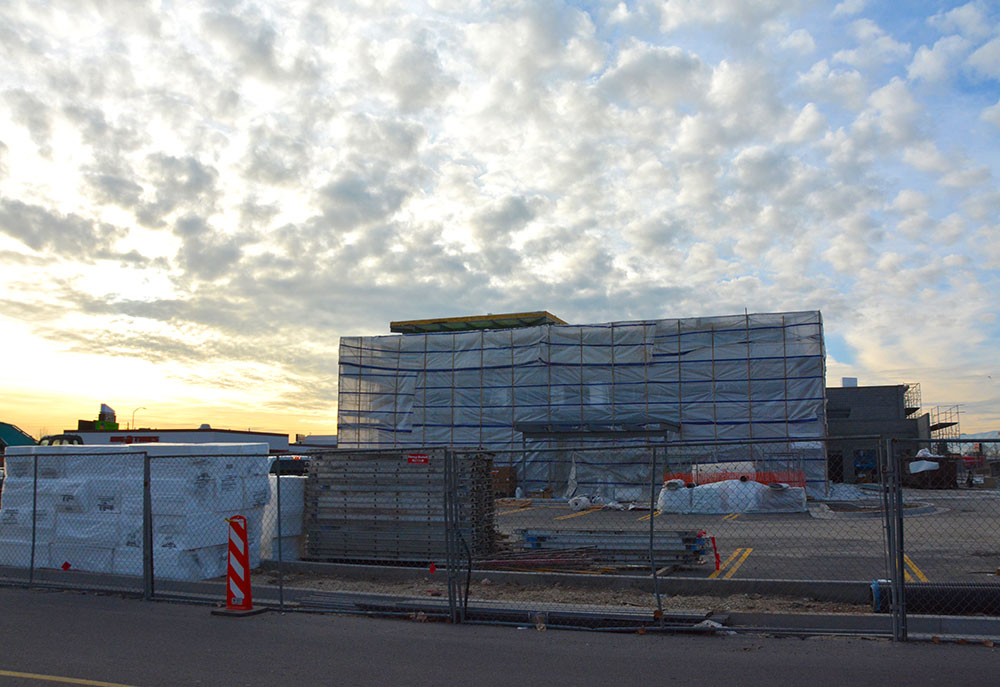 The building northwest of Macy’s will house Trader Joe’s. Woodbury Corporations anticipates Trader Joe’s will open in 2018, but a specific date hasn’t been chosen yet. (Photo by Rebecca Lane/UV360)

Besides the additional events and classes at The Orchard, 2018 will also see a variety of additions and construction.

One of the first projects at University Place scheduled for completion in 2018 is the parking garage west of The Orchard. The new parking structure will add 700 parking stalls to the shopping mall and should open in February.

“Right now, we’ve overbuilt our parking for the buildings we currently have,” Woodbury said. “So with that structure, that will allow us to move on and build additional phases and buildings. As we build more buildings, we have plans for additional parking structures.”

Then University Place will continue its apartment complex growth, adding 70 apartment units in a seven-story building. These apartments will be a higher quality than the Aston, according to Woodbury. In addition, Woodbury Corporations is actively marketing for the new office buildings.

“We think we are poised to hopefully be doing a lot more as we continue to work with the office and Utah builders,” Woodbury said.

Plus, Woodbury says the company is “constantly meeting with potential retail tenants.” Woodbury Corporations isn’t naming any specific companies for 2018, yet. As for the highly-anticipated Trader Joe’s, Woodbury says, “Building is moving along and it’s there and happening.” However, the corporation can’t announce any specific dates at this time.

What comes next?: What to expect when the new prophet is sustained Previous post