Home LDS Being LDS What comes next?: What to expect when the new prophet is sustained

What comes next?: What to expect when the new prophet is sustained 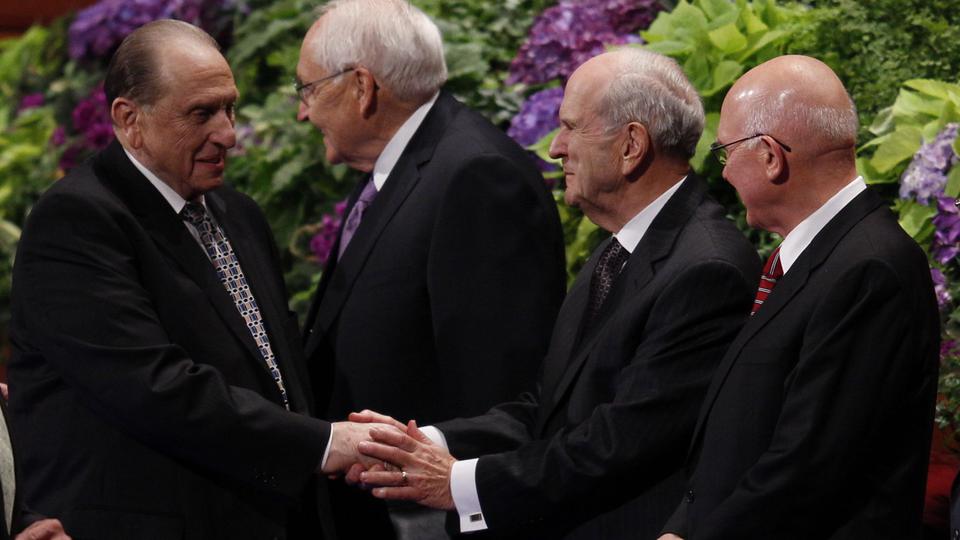 With the passing of President Thomas S. Monson, members of The Church of Jesus Christ of Latter-day Saints are at a crossroads. While members mourn the loss of their beloved prophet, they also look to the future of the Church. A major part of the Church’s immediate future is the sustaining of a new prophet.

Though this process presented unique challenges in the Church’s early history, the process is predictable today. Here’s a timeline of current and expected events that will lead to the sustaining of new Church leadership.

Jan. 2, 2018 — President Thomas S. Monson died of causes incident to age. With his passing, the First Presidency was dissolved and Presidents Henry B. Eyring and Dieter F. Uchtdorf, who were counselors in the First Presidency, took their places of seniority in the Quorum of the Twelve Apostles.

This quorum currently has 13 members, after the passings of Elder Robert D. Hales and President Monson. The Quorum of the Twelve assumes leadership of the Church after a president dies and before a new president is sustained. (Fun fact: Mission calls that are issued during this time are signed by the president of the Quorum of the Twelve. Read more about that here.)

Jan. 12, 2018 — President Thomas S. Monson’s funeral will be held at noon at the Conference Center in Salt Lake City.

Sometime soon after the funeral — The Quorum of the Twelve Apostles will meet to consider whether the First Presidency should be reorganized. If so, the Quorum will unanimously select the new president of the Church. Traditionally, this is the senior member of the Twelve — in this case, President Russell M. Nelson.

A press conference will notify the Church and the public of the new sustainings.

March 31, 2018 — During the next General Conference, the Church will gather in a “solemn assembly.” This is a special meeting that can be held for three purposes, one of which is the sustaining of a new Church president. The Church membership will then sustain the new prophet, his counselors, and two new members of the Quorum of the Twelve (to fill the vacancies created by President Monson and Elder Hales), along with the Church’s other apostles and general leaders.