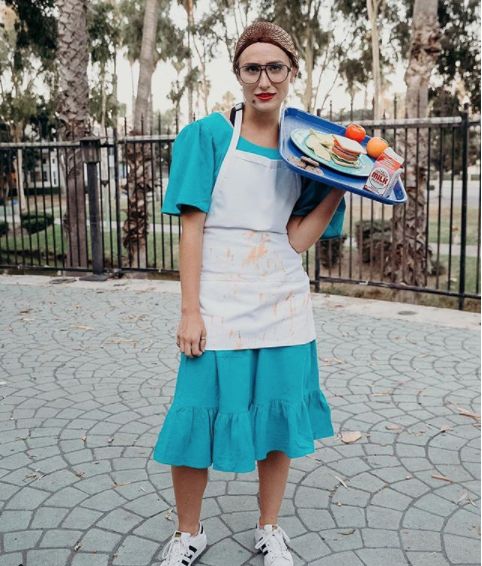 Maquel Cooper dresses as a lunch lady for the wrestling match. (Screenshot from Instagram)

Maquel Cooper, a Utah County photographer, and fellow Utah contestant Marikh Mathias were both on the first group date of week three on ABC’s “The Bachelor.”

The date card said, “It’s all about the ring.” Unfortunately for the handful of women on the date, there was no diamond ring in sight, only a wrestling ring.

As the women arrived to the date, Arie Luyendyk, the Season 22 bachelor, introduced the women to two stars from the TV show “G.L.O.W.,” Ursula, who wrestled as “The Farmer’s Daughter,” and Angelina, who was known as “Little Egypt.” Ursula and Angelina taught the girls how to “fight” in the ring.

After practicing their routines, each woman on the date had to choose a character for their fight in front of a live studio audience. Cooper chose to dress as a lunch lady. And according to Bekah Martinez, a fellow Bachelor contestant, Cooper “owned it 100 percent.”

Later on in the week, Cooper and Mathias were both saved at the rose ceremony and will continue onto the fourth week, along with 11 other women.