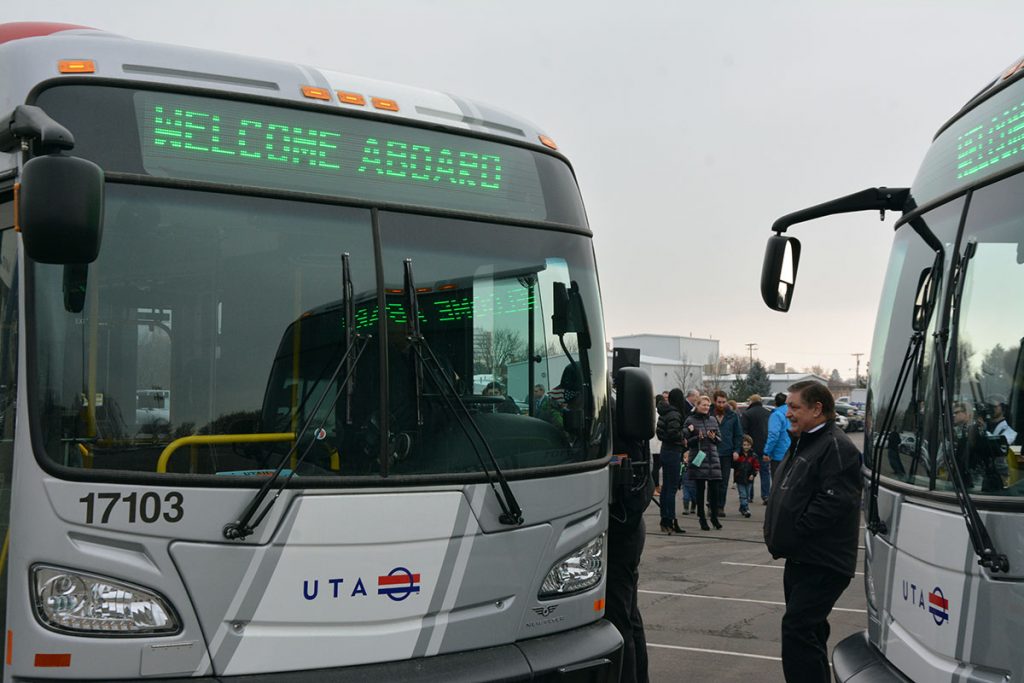 Zions Public Finance conducted the study in partnership with Provo, Orem, the Utah Department of Transportation, Utah Transit Authority and Mountainland Association of Governments. The Provo council got a preview of the report on Tuesday, with a final version coming soon.

“It’s not transformative, but it does have the ability to make an impact,” said Benj Becker of Zions Public Finance. “BRT will not be transformative from a development perspective in Provo.”

However, that doesn’t mean it won’t have a positive impact, he said. It will have potential socioeconomic benefits for the area. “We do think it’s a great benefit for the city.”

Based on what’s happened in other cities, the report shows that the direct economic impact of BRT will be within 200 yards of a station. But not much beyond that, he said. In other markets with a BRT system, retail rental rates increased 2-6 percent near stations or stops. Office rates increased up to 3 percent. And residential rates went up 3-5 percent.

Also, according to the report, “student housing sees gains at the upper end of the range if transit services their school and employment.” Brigham Young University and Utah Valley University will give students transit passes. And BRT goes to both schools.

But higher-end retail doesn’t benefit from being near a BRT line, Becker said. The retail businesses more likely to gain from BRT proximity are convenience-type stores, like Walgreens and 7-Eleven.

The study also looked at areas along the line with the greatest development potential, he said. In Provo, 400 S. University Ave., 2230 N. University Parkway (where The Mix at River’s Edge is being built) and the Provo Station had potential. For example, at 400 S. University Ave. there’s a motel. It’s close to the Provo Station, downtown and the LDS Temple. The valuation now is $85 per square foot. But if someone redeveloped the property into a residential and retail mix, its potential value is $200-225 per square foot. The city also would benefit with higher tax collections from redevelopment.

City Councilman George Handley wanted to know about redevelopment potential along 900 East from 900 North to University Parkway. Many in that area have opposed BRT.

Becker said redevelopment is unlikely along that part of the route for several reasons. There’s no dedicated BRT lane on the road, BYU is a major property owner in the area and the character of the neighborhood. “We’re not suggesting the potential for near-term development.”

Councilman Gary Winterton said he’s hearing concerns from people about the economic impact of the construction. “My concerns don’t have to do with what the impact’s going to be, more with what’s going on right now.” So the report gives him an answer about the long-term benefits.