Home Featured Onset camaraderie: A touching moment from a real-life mom and the actress who portrayed her in ‘Love, Kennedy’

Onset camaraderie: A touching moment from a real-life mom and the actress who portrayed her in ‘Love, Kennedy’ 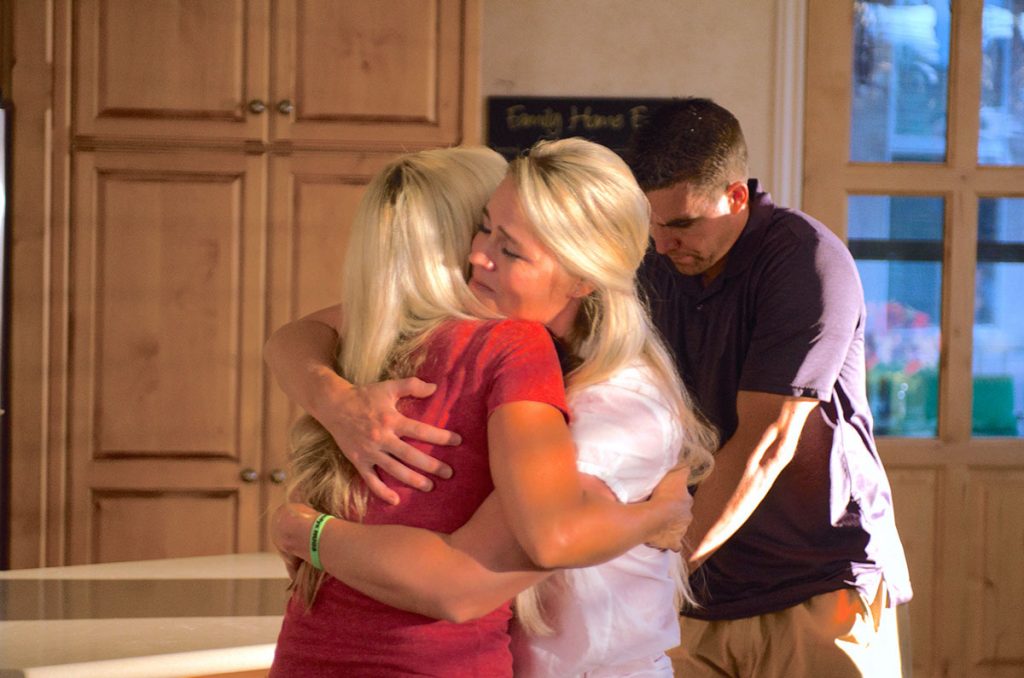 Some movies are just that, a movie. But other movies serve as unforgettable moments. That’s what the 2017 film “Love, Kennedy” was for many members of the cast and crew.

In June 2017, the Hansen family set out, with the help of director T.C. Christensen, to share the story of their daughter Kennedy.

Kennedy died on May 30, 2014 from Juvenile Batten Disease, a rare neurological disease. The 16-year-old girl was known for her unconditional love and heavenly hugs. And when she died, her father Jason Hansen promised he would share her story.

The movie, which is now available on On Demand and digital platforms, was a bunch of real-life moments, locations and people made into a movie. Throughout filming, the crew and real-life family became close as they worked together.

“It was a family,” said actress Tatum Chiniquy, who portrayed Kennedy Hansen. “Honestly, the people in this film became a family because it was not just for money or for a movie. It was for a person and to tell someone’s story, so to have people who had been there and done it brought such a spirit and different feel to the film that made you want so hard to make each scene work because it was for them and it was for her.”

After grocery shopping one day, Heather Hansen, Kennedy’s mother, came home to the movie cast filming a scene where Kennedy calls out to her parents screaming in the middle of the night. When her parents arrive to comfort her, Kennedy battles to compose herself from her seizures. In that moment, the emotions became too real for Heather Hansen and she had to leave the room.

“It brought back the flood of emotions of everything that I felt as a mom for Kennedy,” Heather Hansen said. “So for a moment I had to leave the house and gain my composure and realize it’s not happening all over. This is a vital part that needs to be in the film, especially for parents who have children that have seizures and night terrors so they can relate to that and have hope from it.

“When I came back in afterwards, Heather Beers came up to me and embraced me and we just hugged. She expressed that emotion back to me of how much she appreciated being able to play this role and how she was honored by it and she had felt how I had felt as if she was really going through that experience. That one was really hard for me. The rest of them I was pretty good about keeping myself composed, but that was a very tender moment for me.”

The actress who portrayed Heather Hansen, Heather Beers, calls that experience her most memorable moment from filming “Love, Kennedy.” In fact, she doesn’t consider it acting but instead that moment was about sharing Kennedy’s story.

“Looking up and seeing the real Heather behind the camera for a moment and have to turn and feel what she had felt when that had really happened to her, I will never forget that,” Beers said. “When they yelled cut, I ran up to give her a hug and we just embraced and cried. It doesn’t get more real than that.”

As of Tuesday, Jan. 23, “Love, Kennedy” is now available On Demand and digital platforms.