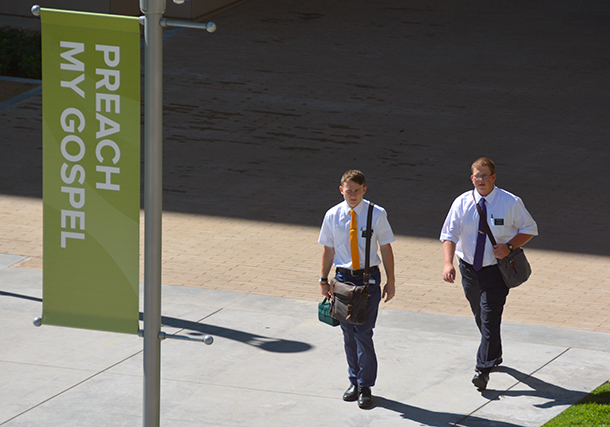 Missionaries in the Provo Missionary Training Center walk on the new campus. (Photo by Rebecca Lane/UV360)

In October, the LDS Church told members it would adjust the current 421 missions “to better fit the needs of each region of the world,” according to a press release. Now the Church will drop from 421 missions to 407 total missions.  The mission changes will take place in July 2018.

“We want missionaries to be in the best possible place and position to help people, whether through sharing the gospel of Jesus Christ or community service,” said General Authority Seventy Elder Brent H. Nielson, executive director of the Missionary Department. “The pattern established by the Savior is to make a difference in individual lives, one by one, all over the world, which requires continuous planning and organizing.”

The five new missions include:

The LDS Church will realign boundaries in 19 missions, combining missions in the process. Those missions are:

Mission presidents of the new and adjusted missions will communicate with parents of missionaries in the future to share details about the changes.