Shops at Riverwoods hits stride as it celebrates 20 years 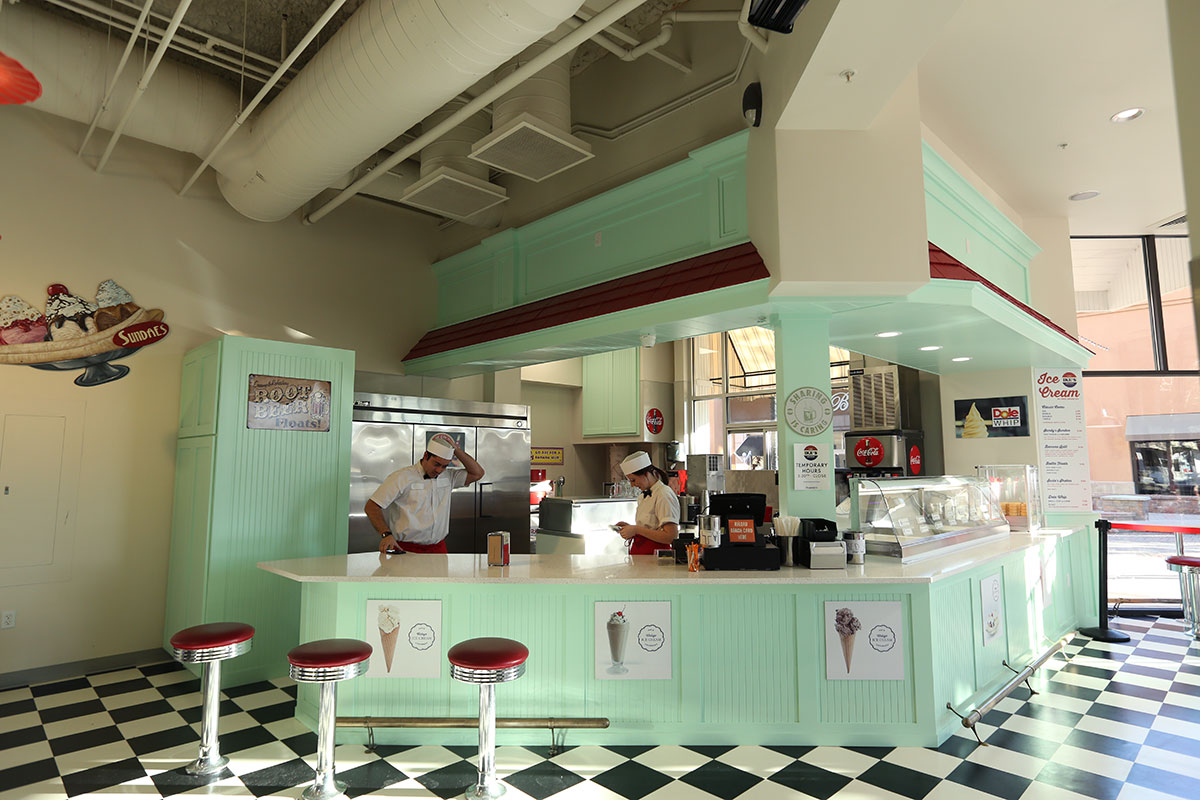 It’s been 20 years since the Shops at Riverwoods opened its complex at the base of Provo Canyon — 20 years that have helped develop the shopping center into the community space it is today.

“There’s been so much change over the past 20 years because it’s evolved so much that we feel like we are now hitting our stride in the 20th year,” said JJ Haering, director of leasing at the Shops at Riverwoods.

In 1998, Provo City wanted to add a significant amount of retail in the area, so two shopping centers were constructed: Provo Towne Center and the Shops at Riverwoods. The role the Riverwoods was supposed to fill was an upscale shopping center that housed national tenants, such as Eddie Bauer, Gap and Copeland Sports.

“Ours at the time was seen as the more upscale, lifestyle shopping center that to that point didn’t really exist in Utah or anywhere close to here,” Haering said. “The goal was to bring in a new concept to Utah. It’s a great demographic area to have high-end stores that people would come to.

[pullquote]“There’s been so much change over the past 20 years because it’s evolved so much that we feel like we are now hitting our stride in the 20th year,” — JJ Haering, Shops at Riverwoods director of leasing [/pullquote]

In 2009, Tigriswoods LLC acquired Shops at Riverwoods and began transforming the lifestyle shopping center into the community space it is today.

“We’ve changed it into more of a lifestyle experience by taking out the roads and adding in the cobblestone and making it feel more like a European-esque shopping center,” said McKell Law, marketing director and events coordinator at the Riverwoods.

Tigriswoods LLC reconstructed the shopping center to be more pedestrian friendly. It removed roads and roundabouts dividing the shops, and in their place, the owner created an open walking space. Tigriswoods then added fire features, fountains and statues to transform the mall to a gathering place.

At the time Tigriswoods LLC purchased the Riverwoods, the 2008 recession had hit the shopping center hard. Tenant occupancy was at a low 45 percent. Haering calls that number “abysmal death” in the mall business, but the native Provo owners wanted to invest in their community.

“This is something that is in their backyard,” Haering said. “They  wanted to invest their resources into the community and make a shining star for the residents to come and gather.”

Now nine years later, the Shops at Riverwoods is at a robust 98 percent occupancy, according to Haering.

“We are a very healthy shopping center and we feel like the changes we made to the shopping center has helped the stores that were already here to continue to thrive as well as bring in new stores,” Haering said.

“We feel we were about eight years ahead of the curve because now you notice most other malls are trying to do that same thing, have that lifestyle feel. We’re ahead of the curve that way, so where they are trying to build that infrastructure, we’re already built that way. That’s why we are excited about this 20th year because we are full-steam ahead.”

In 2017, Riverwoods added six new businesses to its development: Rodizio Brazilian Grill, TrueRest Float Spa, Moon’s Rare Books, Ike’s Creamery, Seven Brothers Burgers and The Crepery. And just because the Riverwoods is celebrating 20 years of success in 2018, its eyes are still looking to the future to see how it can be a better asset to the community. 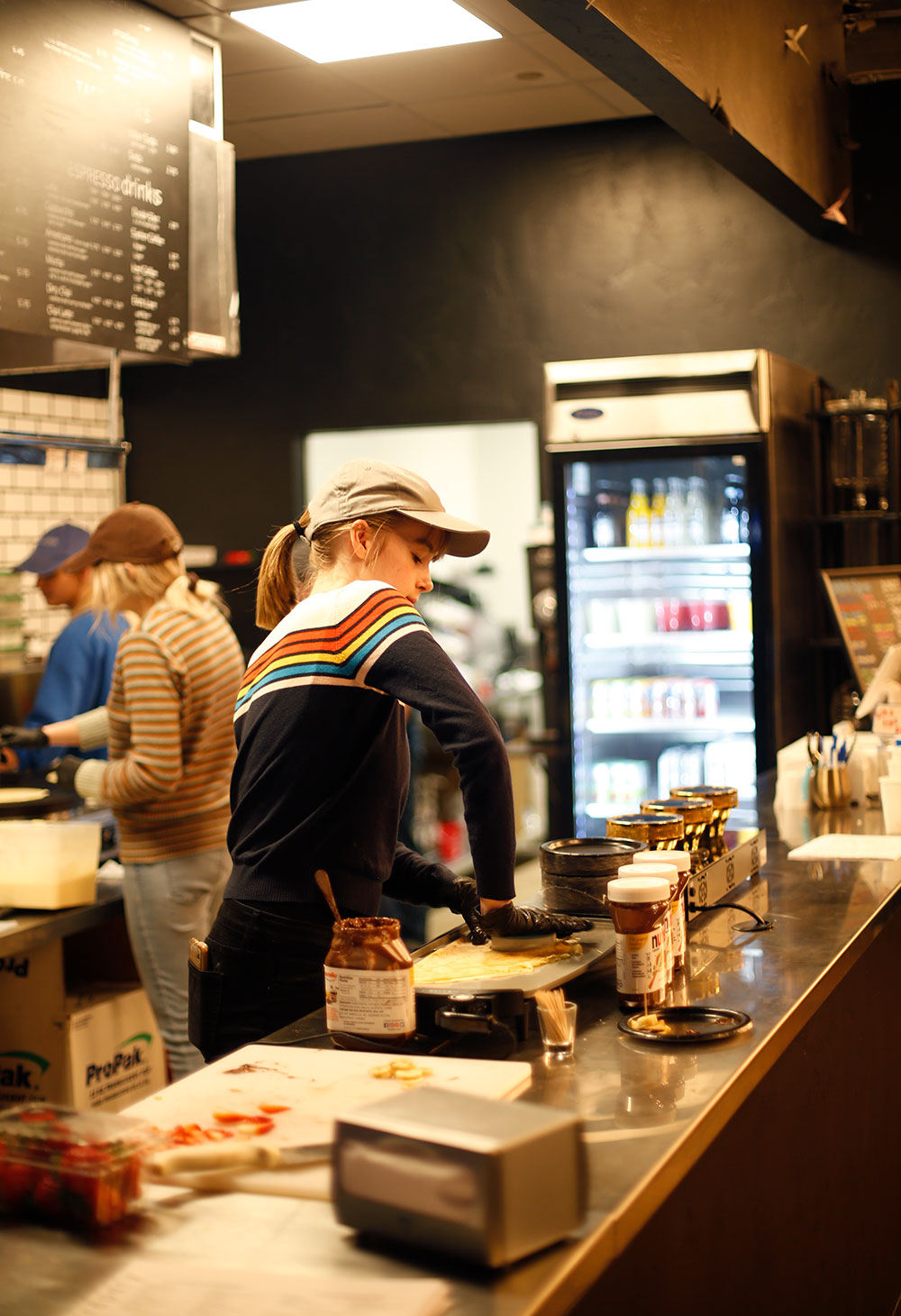 “We have multiple development projects and acquisitions that we’ll add to the Riverwoods in 2018 that will be announced later,” Haering said. “The ball is moving in the right direction.”

Riverwoods has already announced the addition of R&R Barbecue in 2018. Then Riverwoods Management is excited that AMC acquired Wynnsong and will update the newly named AMC Classic 12 theater. Across from the Shops at Riverwoods, on the south side of 4800 North, approximately 240 new apartments will be built with construction starting later this year. The new complex will give the Riverwoods about 600-700 new neighbors.

Throughout 2018, Shops at Riverwoods is celebrating its 20th anniversary on the 20th of each month. In January, the Riverwoods kicked off the year-long celebration by welcoming its newest shops.

Now on the 20th of each month, Riverwoods’ staff will be executing the 20/20/20, a customer appreciation program that gives randomly awards 20 different customers $20 towards their purchase on the 20th of the month.

Plus, the Riverwoods will continue with its annual events, such as the Fire and Ice event on Feb. 23. The events aid in personifying the atmosphere of the Riverwoods.

“People remember their experiences here. And that’s what we want,” Law said. “We have this place where people create memories and they are drawn back time and time again to create more. And I think we’re set up perfectly for that.”