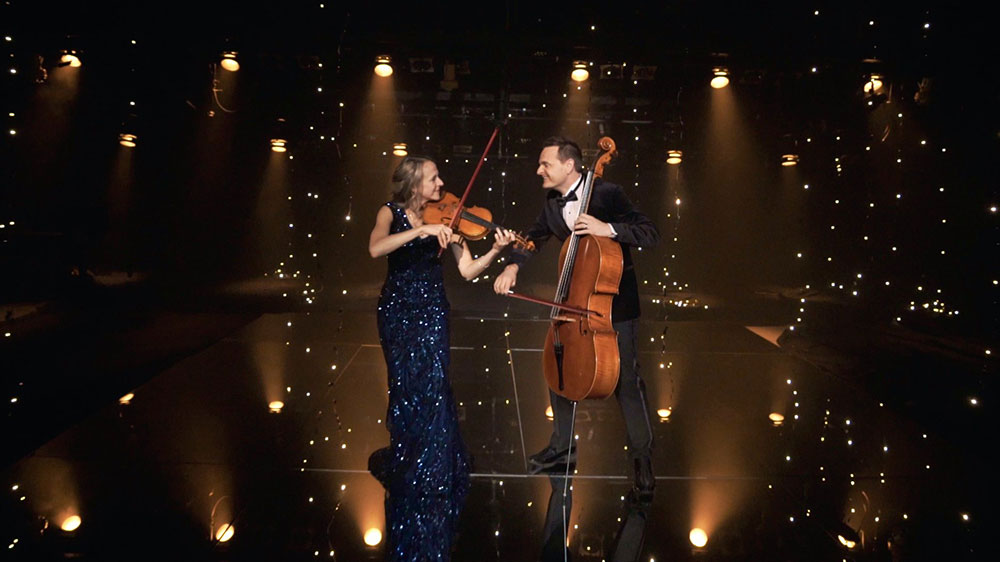 Steven Sharp Nelson, the cellist in the Piano Guys, shared why his love story is written in the stars in the group’s Valentine’s Day video.

“I wish I could even portray, with music, what she means to me. I can’t. There’s just not music beautiful enough,” Nelson said. “However, I want to give it my best shot. So for the first time, in all the years of doing the Piano Guys, I finally get to play beside my inspiration: My wife, Julie Nelson.”

At the beginning of the music video, Steven Sharp Nelson shared his love story in words as he took viewers to the sites where his love story began. He showed where he first met his wife, where he picked her up for their first date as well as where they got engaged.

The Nelsons, accompanied by pianist Jon Schmidt, played “Rewrite the Stars” from the hit movie, “The Greatest Showman.”

The video was filmed at the Marriott Center for Dance at the University of Utah in Salt Lake City, Utah.