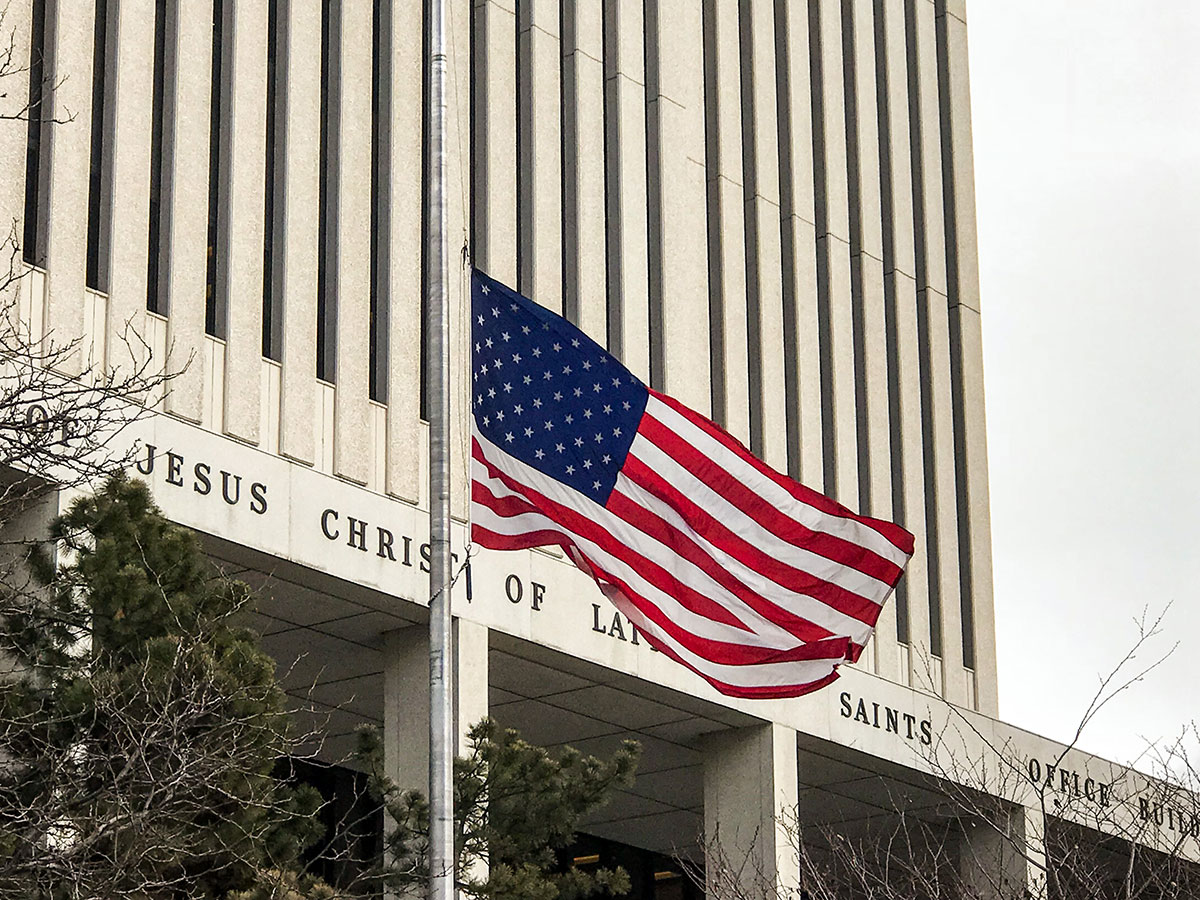 The flag flies at half mast at the office buildings for The Church of Jesus Christ of Latter-day Saints. (Photo by LDS Church)

The Church of Jesus Christ of Latter-day Saints released a statement following the Florida high school shooting that left 17 dead and at least 14 more injured on Wednesday.

“Once again we find ourselves as a nation and as communities faced with a tragic loss of life and incomprehensible sorrow following the shooting at Marjory Stoneman Douglas High School in Florida,” the LDS Church said in a statement. “Among the many injured or killed were two members of our faith. To all of the victims and their loved ones, we extend our love. These are hours filled with grief, emptiness and a terrible sense of loss. We unite our prayers with millions of others who are mourning and praying for them.”

Wilford had multiple gunshot wounds and was going in for her third surgery on Thursday morning, according to a Facebook post by her mother, Missy Cantrell Wilford.

The suspected shooter, Nikolas Cruz, is a former student of the Florida high school. The 19-year-old is scheduled to appear in court in Fort Lauderdale at 2 p.m. EST Thursday to face 17 counts of premeditated murder, according to the Sun Sentinel.

This is the worst school shooting since the 2012 Sandy Hook Elementary School shooting in Connecticut where 26 children and adults were shot.

A Go Fund Me account was set up for the Wilford family here. Donations for all the victims of the Florida high school shooting can be made here.