Home LDS Being LDS What 5 U.S. presidents have said about the LDS Church

What 5 U.S. presidents have said about the LDS Church 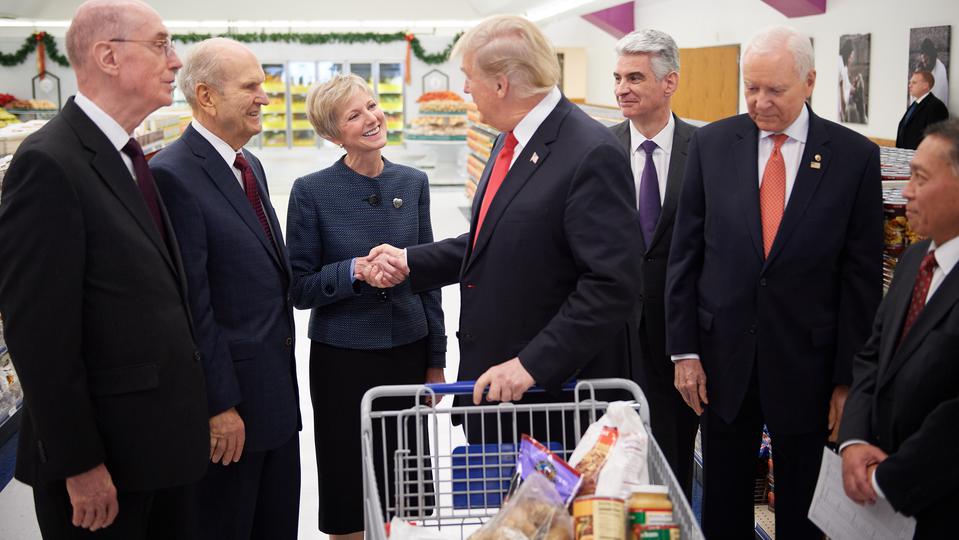 When Joseph Smith met with then-U.S. President Martin Van Buren in 1839, the interaction wasn’t great. LDS Church members had recently been forced out of Missouri, and Smith met with the president in pursuit of justice.

“Your cause is just, but I can do nothing for you. If I take up for you, I shall lose the vote of Missouri.”

President Theodore Roosevelt visited Utah in 1903 and praised the Mormons’ accomplishments in their transformation of the Utah desert.

“You took a territory which at the outset was called after the desert, and you literally — not figuratively — you literally made the wilderness blossom as the rose,” he said. “The fundamental element in building up Utah has been the work of the citizens of Utah.”

In September 1963 — two months before his assassination in Dallas — President John F. Kennedy visited Utah. He spoke of church members’ faith and resilience in the face of adversity.

“Let us remember that the Mormons of a century ago were a persecuted and prosecuted minority, harried from place to place, the victims of violence and occasionally murder, while today, in the short space of 100 years, their faith and works are known and respected the world around, and their voices heard in the highest councils of this country,” he said. “As the Mormons succeeded, so America can succeed, if we will not give up or turn back.”

In 1978, issues surrounding the family were in the spotlight of American politics. In November of that year, President Jimmy Carter visited Salt Lake City and spoke in the tabernacle. In part, he said:

“Your great church epitomizes to me what a family ought to be — a church that believes through moral imperative, in strong families, in individualism, the right to be different, but the opportunity and even duty to grow as a human being, to prepare oneself for greater service,” he said. “The Relief Society organized by your church has brought blessings to tens of thousands of people, not in a highly publicized way, but in a quiet and effective way.”

President Ronald Reagan was a fan of the Mormon Tabernacle Choir and publicly praised them:

“At my first inauguration as president of the United States, I wanted very much to reignite the fires of liberty and re-inspire the American spirit. And no one sings the anthems of America quite like the Mormon Tabernacle Choir. … The Choir’s singing was a highlight of our inauguration, as we knew it would be. I’m sure I speak for all Americans when I say thank you for saying so well what all of us feel about this land of the free and home of the brave. There is no more inspirational moment for any American—and that includes Ronald Reagan — than to hear the Mormon Tabernacle Choir sing ‘Glory, glory, hallelujah, His truth is marching on.'”

“This is very exciting for me,” he said. “The job you’ve done is beyond anything you could think of — taking care of people the way you take care of people and the respect that you have all over the world.”