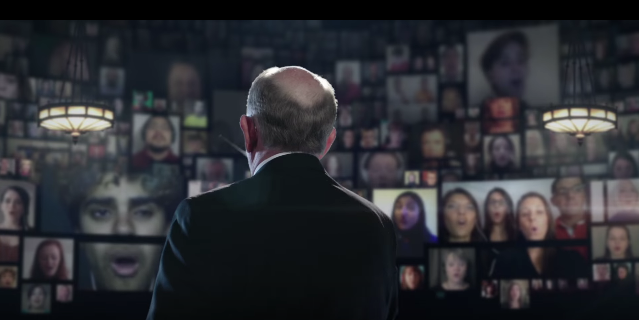 “We are delighted to have wonderful soloists join us for this year’s Messiah” said Mack Wilberg, music director of the Choir, in a press release. “Their performance with the Choir and Orchestra will result in a concert we hope will bring the glorious magnitude of Handel’s masterpiece into the hearts and minds of our audience.”

Both Mumford and Simpson performed with the Mormon Tabernacle Choir in the Choir’s 2015 Christmas concert. Mumford, a Sandy, Utah native was the mezzo-soprano soloist on the Choir’s 2016 “Messiah” recording. Professionally, Mumford has sung in over 150 Metropolitan Opera performance.

Simpson has sung in operas around the world, including six consecutive seasons at the Metropolitan Opera, where he debuted in Verdi’s Don Carlo and performed in 18 productions.

Woodbury and Nelson are both making their debuts with the Choir. In 2014, Woodbury was the Grand Final Winner of the Metropolitan Opera National Council Auditions. An alumna of LA Opera’s Domingo-Colburn-Stein Young Artist program, she has earned second-place and audience choice awards in Plácido Domingo’s prestigious Operalia competition.

In 2016, the Mormon Tabernacle Choir invited people around the world to digitally join the choir in singing the “Hallelujah Chorus.” More than 2,000 people virtually added their voices to 360-man choir.

The choir will continue the tradition of reaching outside of Utah to include its worldwide fanbase in the performance. However, this time the Choir has a different approach to unite their voices with singers throughout the world.

During the Friday performance, community, music and church groups are invited to host a sing-along to join the choir during the live broadcast. The broadcast will be available online through April 9 to accommodate time zones and schedules. Groups who choose to participate in the sing-along are encouraged to post about their experience using the hashtag #MessiahLive.

“Through the miracle of modern technology, we are looking forward to having virtual audiences and voices with us again this year,” said Ron Jarrett, the Choir’s president, in a press release. “This is a wonderful way to celebrate the birth, life, death and resurrection of Christ with people all over the world.”

Resources are available for participants at mormontabernaclechoir.org.

Attending the live performance will require tickets, which can be reserved on a first-come, first-served basis on Tuesday evening, Feb. 27 at 7 p.m. MST through lds.org/events. Patrons will only be able to reserve two tickets. Learn how to reserve tickets here.