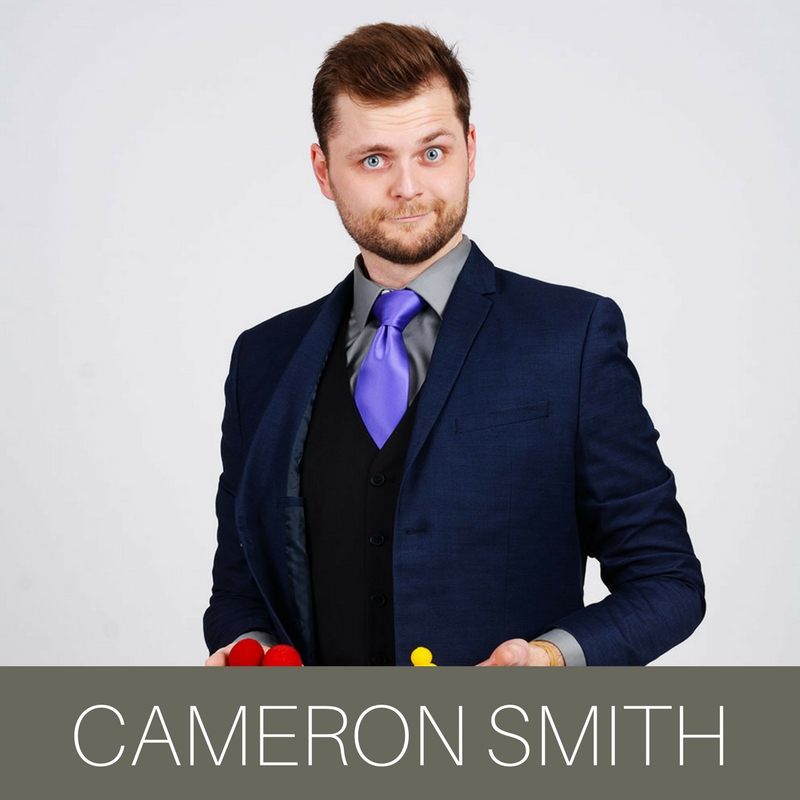 The Journey Cameron has been practicing magic for more than 20 years, but his professional trickery began three years ago.  After performing for a family friend while in college, Cameron was told people would pay for this kind of entertainment. This lit the fire under Cameron to see how he could extend his hobby into a money-making gig. Cameron loves to perform magic tricks because it makes people smile. The only thing he may enjoy more than magic is Halloween.

Mile Markers “Getting away with a magic trick is like that feeling you got as a kid when you ring a doorbell and run away.  It’s exhilarating and makes me giggle. Unlike doorbell ditching, the people I play tricks on have a great time as well.”

Road Blocks “I’m pretty introverted. It took me a long time to figure out how to be natural while performing.”

Vacation Destination “Do movies count? I don’t particularly like traveling. I’ve never been outside of the western U.S.”

Must-Haves “My wallet, keys and the occasional deck of cards if I think somebody will want to see a magic trick.”