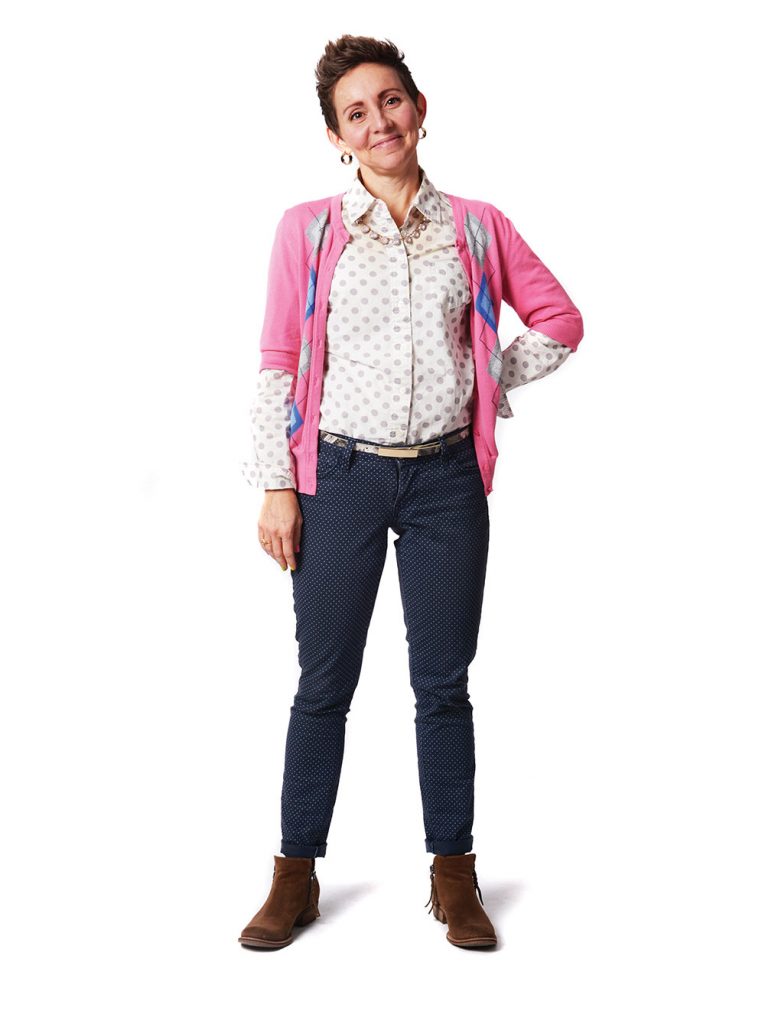 After moving to Provo to start her freshman year at BYU, Katie discovered her love for improv during a Garrens Comedy Troupe performance.

“I sat on the front row and watched their sketches and improvisation,” Katie says. “I just loved it. After the show, they announced they were going to be having auditions, so I went and I made it in.”

While performing with the troupe, Katie met lifelong friends, including her husband, Kenneth Craig. After graduating from BYU and having their first child, Katie and Kenneth moved away from the county. Upon their return to Provo 14 years later, Katie and Kenneth would often watch their college friends perform at ComedySportz. The manager wanted Katie and Kenneth to join them on stage, but the couple kept pushing it off until one day the manager just put them on the schedule.

“While we were in Las Vegas, we had done a little bit of performing but not improvisation for a paying audience. We felt like, ‘Wow, we are going to be super rusty,’” Katie says.

Any rusty hinges wore off quickly as Katie’s energetic personality and fun-loving nature make her a popular ComedySportz player.

“My favorite part of improv is I don’t have to memorize lines,” she says. “My daughter can still recite all the lines from her plays, and I’m like, ‘I have no clue what my lines were’.”

Performing at ComedySportz, homeschooling her eight children and learning the violin are all a part of a day’s work for Katie.

“Some nights after the kids are in bed I rehearse with the SHEnanigans, an all-female improv group that performs at ComedySportz once a month,” she says. “I love all the people I get to play on stage with. They are generous and kind. They aren’t ball hogs, and that makes it fun.”

“I love the long summer nights in Utah County. They feel like they go on forever. I also like to watch plays by the Grassroots Shakespeare Company at the BYU Botany Pond. Other summer highlights include Seven Peaks, which my kids love. And we made a slip-and-slide in our backyard.”

What She’s Never Caught Without

“Chapstick! Either Nivewa or just the Skittles flavored Lip Smackers.”

“They always have some amazing exhibit that will blow your mind. My kids love their gift shop because it has the coolest, quirkiest stuff.”

“Right next to ComedySportz is a store called Here, and it’s darling. They sell a lot of Provo stuff and ‘made in Utah’ stuff. They have all kinds of handmade jewelry and a lot of art.”

Fourth of July in Provo

“We have emceed the Fourth of July parade in Provo the past two years. That night, we like to go to Kiwanis Park where everyone lights off their fireworks. It’s amazing and it’s so close. And then when the Stadium of Fire starts, you can see those fireworks, too.”

“I love eating in Provo! There are so many different places. We love the sweet potato fries at Guru’s and at Station 22. The fish tacos at Black Sheep Cafe are amazing. And Rockwell’s Ice Cream makes their own waffle cones, which are crunchy but a little bit chewy.”

“I love classical music. My husband’s iPod is like a radio station. It has a little bit of everything. But my favorite is classical. If I’m driving around in the car either it’s silent or there is classical music playing because it makes me think.”

“I am a birthing assistant or a doula, mostly for people I know. I did it while we lived in Las Vegas and I have always loved it. I’m excited to go up to Washington state and help my sister-in-law with things like freezer meals — which is the kind of stuff my mom does for me when I have a baby.”

“I love homeschooling my eight kids because it gives us the opportunity to have a lot of family time. My goal is no longer to teach my kids everything, it’s to give them the tools they need to be able to learn and to love learning. I want them to have the confidence that they can learn anything.”

Cougar baller scores with fitness and lifestyle vlog Next post