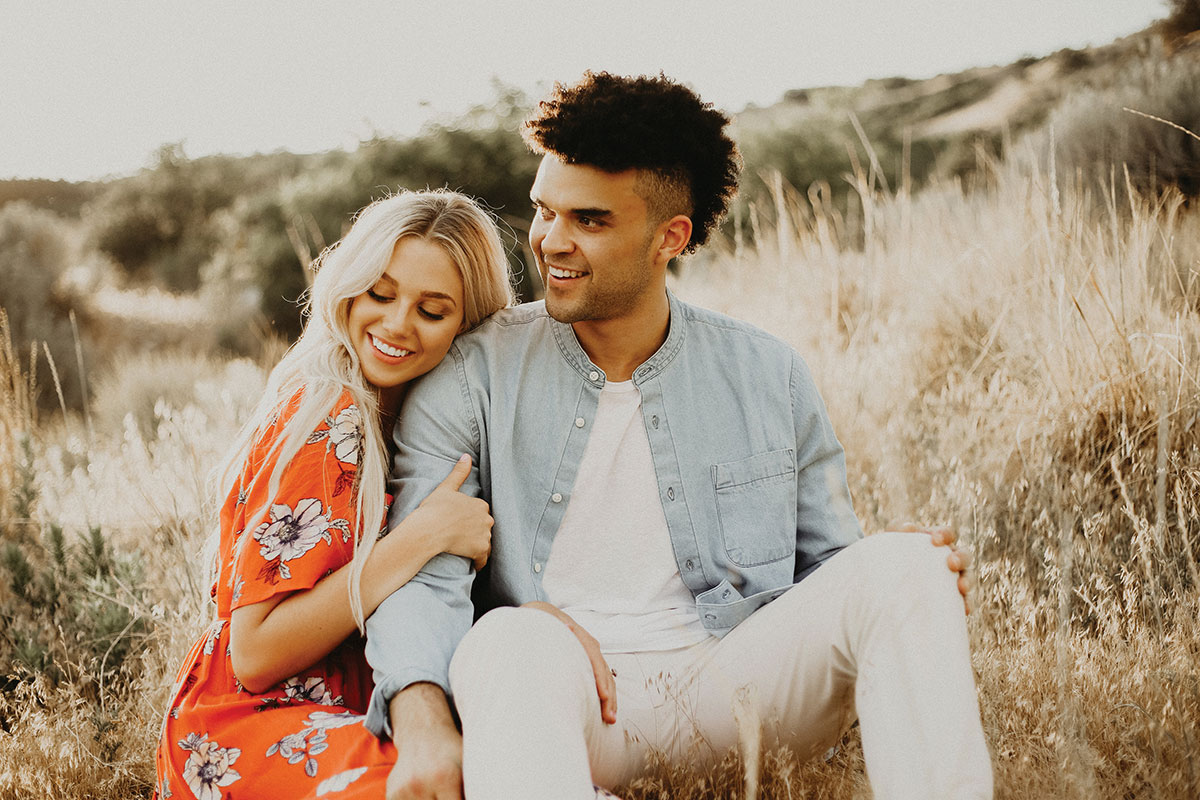 Elijah and Jenelle Bryant, or “EB&J,” use their growing YouTube presence to inspire others in achieving their goals and living a full life. (Photo courtesy of Bryants)

When Elijah Bryant isn’t sinking shots on the BYU basketball court, he is creating content for his next vlog with his wife, Jenelle.

“The main reason we started our YouTube channel was to create memories,” Jenelle says. “It’s fun for us to watch the videos, and we also want our future kids to be able to see Elijah play basketball on our episodes.”

This self-taught video editing and vlogging couple consistently make videos for their EB&J Channel that document their everyday life, their wedding, health and fitness routines, as well as Elijah’s basketball career.

“For a good vlog, it’s important to have a storyline in mind,” Elijah says. “But things change as the story develops. For example, we planned to go to the Midway Ice Castles, but we didn’t plan what we were going to do when we got there. We don’t want to act. We want to be ourselves in front of the camera.”

In the beginning, Jenelle would get nervous about talking to a camera in public.

“At first it was awkward,” Jenelle says. “People would give me weird looks when I was walking around the grocery store with a camera. But I got used to it.”

With nearly 32,000 subscribers and featured by YouTube as a “Creator on the Rise,” EB&J continue to create a strong online community.

“We aim to be motivational and relatable,” Jenelle says.

Elijah says the recipe for a successful blog includes confidence, consistency, creating videos that viewers will like, and staying true to morals.

“We know our audience is LDS so we don’t want to use songs with cussing,” Elijah says. “We don’t do stuff just for views.”

EB&J had a headstart with a fanbase from BYU.

“So, now it’s about transferring those fans to our YouTube channel,” Elijah.

EB&J plan to vlog as they each pursue their individual careers. Jenelle hopes to open her own clothing store as well as model for it. Elijah wants to play in the NBA. Even though Jenelle and Elijah both plan to be known for their careers outside of vlogging, they love using it as a way to journal their memories. And they just happen to have thousands of people watching who look to EB&J for advice, fitness tips and good entertainment.

What sets them apart?

YouTubers They Follow “What’s Inside?” A YouTube Channel whose hosts cut random objects open to see what’s inside.
Favorite Video Made “Thank You To All Of You” (which has 20k views).
How To Gain Fans
Do collaboration videos with other YouTube stars.
How To Keep Viewers Engaged “Don’t over-film one part,” Elijah says. “As a viewer they aren’t seeing every angle, so keep that in mind.”
Advice “Be consistent. If you say you’re going to post every Monday, post every Monday,” Elijah says.
Most Views Ever Their video “$1,000 Shoes As A Gift” has 56K views.