Home Life Happy couples: We can do hard things

Happy couples: We can do hard things 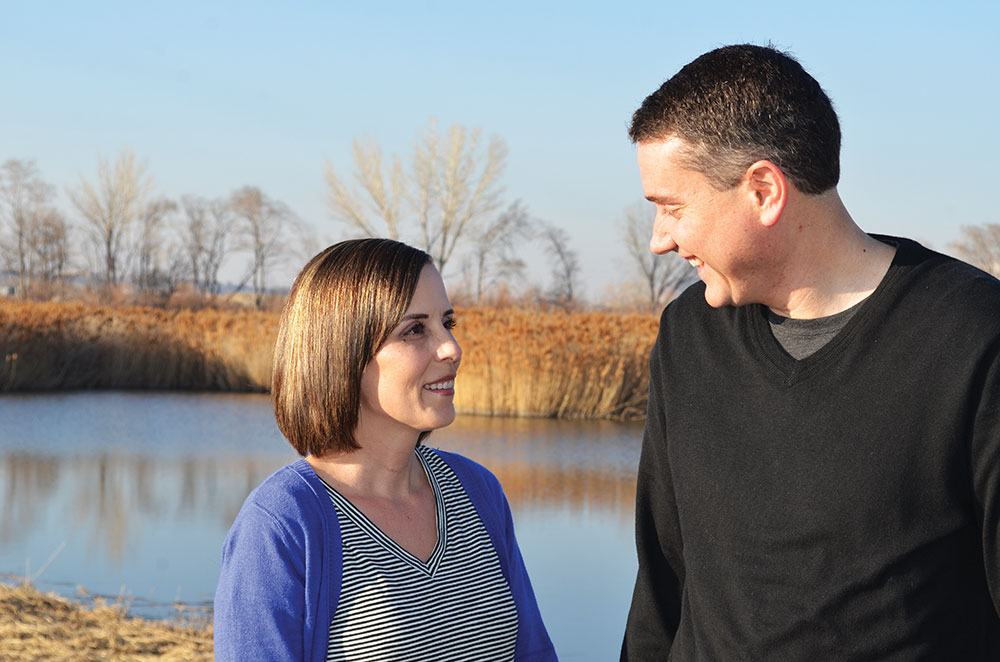 Missy and Andy Liston love walking together on the trail nearby their home in Lehi. When it’s time for a night out, they love a good concert.

When Missy and Andy Liston were told they were selected as one of Utah Valley Magazine’s “Happy Couples,” they laughed. Which is exactly what makes them an ideal couple to feature — they readily admit their strengths and weaknesses and don’t take themselves too seriously.

Missy and Andy both went to Orem High School. After Andy’s LDS mission in Sacramento, he was pleased to discover Missy was single. They started dating again, got married and now have three kids: Kaitlyn (8), William (6) and Emmalyn (2). Andy is a cardiology consultant for MountainStar Healthcare and Missy is a stay-at-home mom.

No couple is without disagreements. For Missy and Andy, they have found the best way to deal with any particular issue is to let the irritation settle and process emotions separately before talking it out.

They meet in the middle.

“I’ve learned to sense when Missy is OK to talk about it right then,” Andy says. “I’ve also learned to realize when it isn’t going to happen and I need to walk away.”

Missy can tell Andy has frustration simmering when he starts vacuuming furiously. Here’s a take-home tip: Read your partner and respond with grace.

Time’s up on TV

One of the best things Missy and Andy have done for their relationship is turn off the TV.

“I realized watching TV after the kids were in bed was a distraction in our relationship,” Missy says. “We were trying to cram in all these shows. When we finally took the TV out of our bedroom, we had more opportunities to talk and connect.”

While Andy and Missy still indulge in Netflix now and then, they have found cutting down on TV time turned up the volume on their relationship. 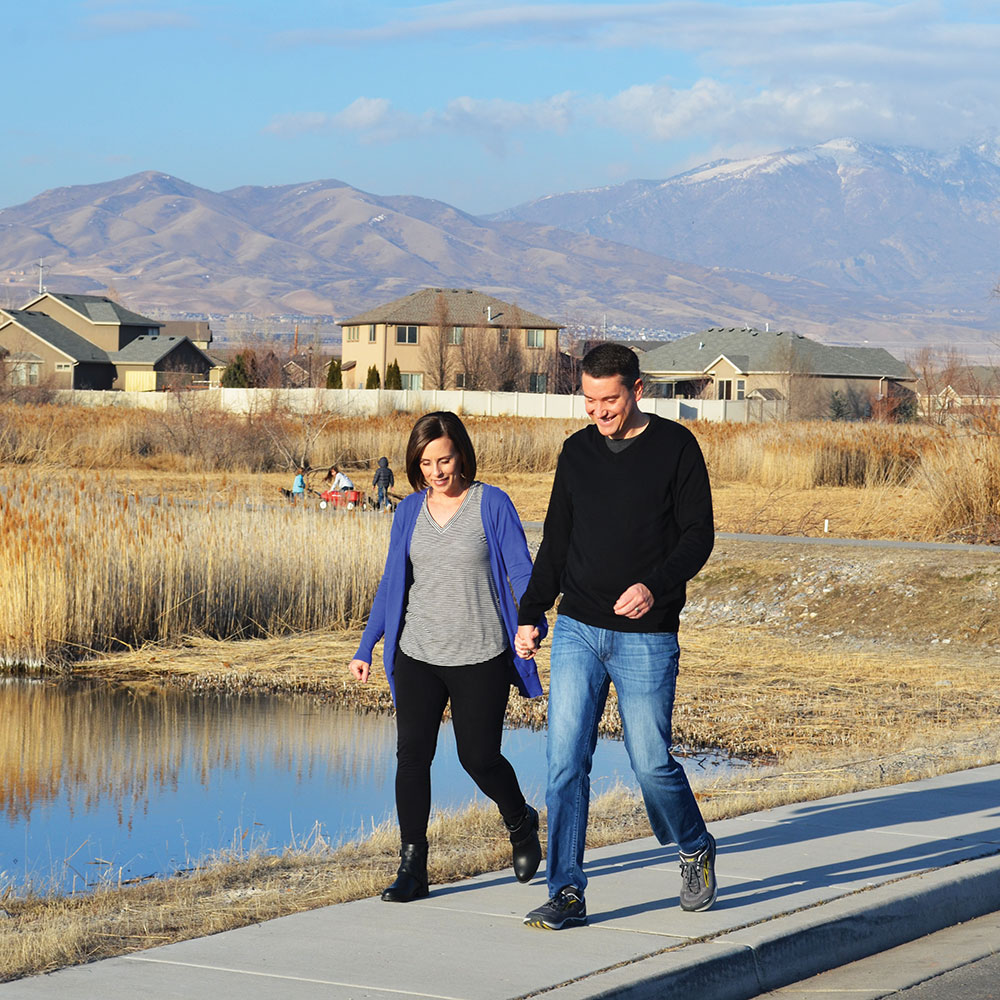 The Liston children play in the background as their parents walk and talk.

From the beginning of Missy and Andy’s relationship, Andy admired Missy’s mom. He predicted that because of her mother’s example, Missy would become a great mother. He was right.

“I tease her all the time that she is her mother,” Andy says. “But it’s a good thing!”

With three kids to take care of, sometimes Missy’s needs falls by the wayside. Andy tries to make sure she has time for self-care.

“The best marriage advice I can give to any husband is to look out for your wife’s best interests,” he says. “Especially if you wife is selfless like Missy.”

Whether it’s going for a walk, getting her hair done, or wandering Target, Andy makes sure Missy gets some time to recharge.

For better and for worse

Missy and Andy struggled to get pregnant for 5 years. After fertility treatments, Missy was expecting twins girls and they were over-the-moon-excited. Everything was going well until 35 weeks, when they discovered one of their babies, Madilyn, no longer had a heartbeat. This devastating news was followed by Missy being diagnosed with atypical preeclampsia. She was immediately rushed into an emergency c-section.

“Our heart was tugged in so many places,” Missy says. “We were excited about our sweet baby girl Kaitlyn, but also mourning the loss of Madilyn. And then we would feel guilty for being sad about Madilyn.”

As Andy watched it all unravel, he thought to himself, “We can’t handle this.”

They used their faith and the support of friends and family to get through the overwhelming trial.

“I remember sitting on the bed with Missy, wrapping my arms around her and saying a prayer,” Andy says.

The experience brought Missy and Andy closer as they tried to support each other through the many emotions that came in the months and years that followed. It changed their life and the way they thought about everything.

“I grew up with very few struggles,” Missy says. “I thought you could just plan out life, but losing a baby opened my eyes. I learned that Andy and I could get through hard things together.”

Words to live by

Andy recently noticed a quote from former LDS President Thomas S. Monson on Missy’s letter board that sums up their relationship. “Of this be sure, you don’t find a happy life, you make it.”

They’ve weathered the storms of life together and come out the other side better. Like most couples, they don’t have an effortlessly perfect relationship. It’s a partnership of two people doing their best to love each other.

He says, she says

“Missy has surprised me with tickets to a Dodgers game, a Red Sox game and a couple U2 concerts.”

“For my birthday a month after we had the twins, Andy gave me diamond stud earrings and told me they represent my baby girls. He told me a diamond lasts forever and they are a reminder that our family is forever. I make it a point to wear those earrings every time we have a family picture taken so it is like our little Madilyn is with us.”

“I don’t like being in the spotlight and when Andy was looking at me during the ceremony I was so emotional and stressed that I whispered to him ‘Stop looking at me!’ Thank goodness he has learned to look past my moody moments.”

“I remember meeting Missy’s grandma for the first time right before our wedding ceremony. She grabbed my hand, pulled me in close and said, ‘Are you sure you wanna do this?’ It’s a LONG time to be buried alive.’”