Happy couples: Still the one 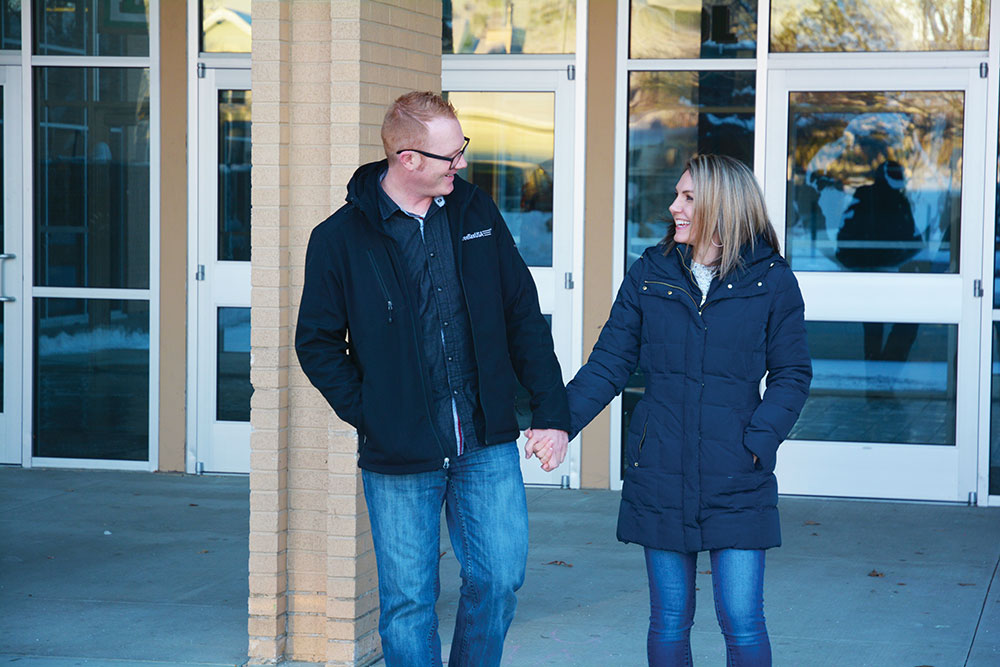 The Shulers live in Elk Ridge, and Jed commutes to Provo where he waorks as a business resource manager. Heather is raising their five children.

She’s an advocate for mental health awareness, and he’s a lover of goats and guitars. Together Heather and Jed Shuler are raising five children and a marriage that started in high school and has grown along with their challenges and successes.

“She was the cute girl who always had a boyfriend,” Jed says.

“I thought he was the cutest redhead I had ever seen,” Heather says.

They got to know each other on a Lake Powell trip with friends.

After high school, Jed went on an LDS mission to Florida, and Heather went to LDS Business College. When he returned, they didn’t waste any time — they were engaged six weeks after he got home and married six weeks after that.

Today, Jed and Heather live in Elk Ridge. Jed works as a business resource manager at TaxHawk in Provo while Heather raises the couple’s five children spanning from age 13 to 2.

One of the ways Heather and Jed show love is by taking an interest in each other’s hobbies. Jed is a die-hard BYU fan and Heather tags along to games with him. Heather loves to decorate her house and Jed undertakes DIY projects for her, like a shiplap wall in their bedroom.

Heather and Jed have also found giving each other space for individual interests has been key. Heather likes to do yoga and go to her book club, while Jed enjoys playing basketball.

“We let each other fully enjoy it without adding guilt to it,” Heather says.”It wasn’t always that way, but it has made all the difference in our marriage.” 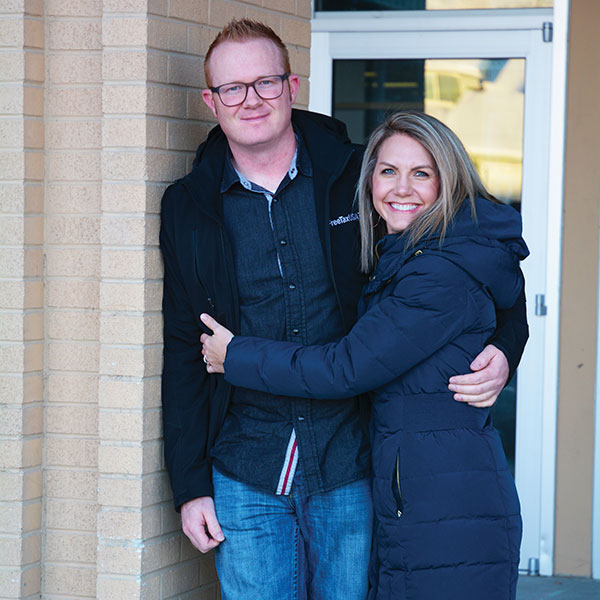 Postpartum depression has been an unexpected challenge for the Shulers.

In sickness and in health

After Heather gave birth to her third child, she struggled with postpartum depression. She didn’t realize it was happening at the time and it didn’t manifest in the way she thought it would.

“I wasn’t crying all the time,” Heather says. “I felt like I was in a fog. I was turning into someone I didn’t like, and I wasn’t the type of mom I wanted to be.”

Things eventually got better, but then Heather was hit with intense postpartum depression again after her fifth child.

She knew she needed to talk to Jed about it, but worried what he would think if she told him about the feelings she was having. When she did open up, he was supportive and loving.

“I felt so bad that she had been beating herself up about it,” he says. “I wish we could have recognized it sooner so I could have helped her earlier. But once I knew, I just tried to be an open ear.”

Heather sought counseling for a few months and Jed came to an appointment with her. The fact he was willing to come meant a lot to her. She knew Jed was a reserved person and that it was an uncomfortable thing for him to do, but he was doing it for her.

“Rarely did I understand her feelings, but I knew they were real,” Jed says. “I loved her through it, and it brought us closer together in the end.”

Almost every married couple has been given the advice, “Don’t go to bed angry.” Well, Heather and Jed have found just the opposite works for them.

“Sometimes we have an argument and instead of hashing it out right then, we just go to sleep,” Heather says. “If we are still thinking about it when we wake up, we talk about it. But many times by the morning we realize it’s not a big deal.”

On the flip side, the best marriage advice Jed and Heather have received is, “Don’t stop courting. Make sure your partner would choose you again in the end.”

“Not everyone knows how hilarious Jed is,” Heather says. “In a group, he doesn’t fight for attention, but when it is just us he says the funniest things.”

Another attribute that makes Heather’s love for Jed grow is seeing the type of dad he is and the way their kids adore him.

“What I love about Heather is she easily admits her mistakes and is always trying her hardest to be the absolute best she can be,” Jed says.

Jed is a member of the LDS bishopric in his ward. Every Sunday he sits on the stand and looks out and sees Heather with their five kids in tow.

“That is when I take a little mental snapshot of her and appreciate how amazing she is,” he says.

He says, she says

“We went on an 8-day Mexico trip to celebrate our 10-year anniversary,” Heather says. “This was the first time we left our kids for longer than a few nights.”

“Paint colors or where to hang something on the wall,” Heather says.

“Jed is an amazing gift giver. The year I became a mother he re-did an old rocking chair for me complete with a plaque that said ‘Grow old along with me, the best is yet to be.’ And last year for Mother’s Day he completely surprised me with a girl’s trip with his sisters to Texas to visit my niece and see Magnolia Market!”

“The best gift Heather has given me is five babies.”

Happy couples: We can do hard things Previous post

Happy couples: Till internet do us part Next post