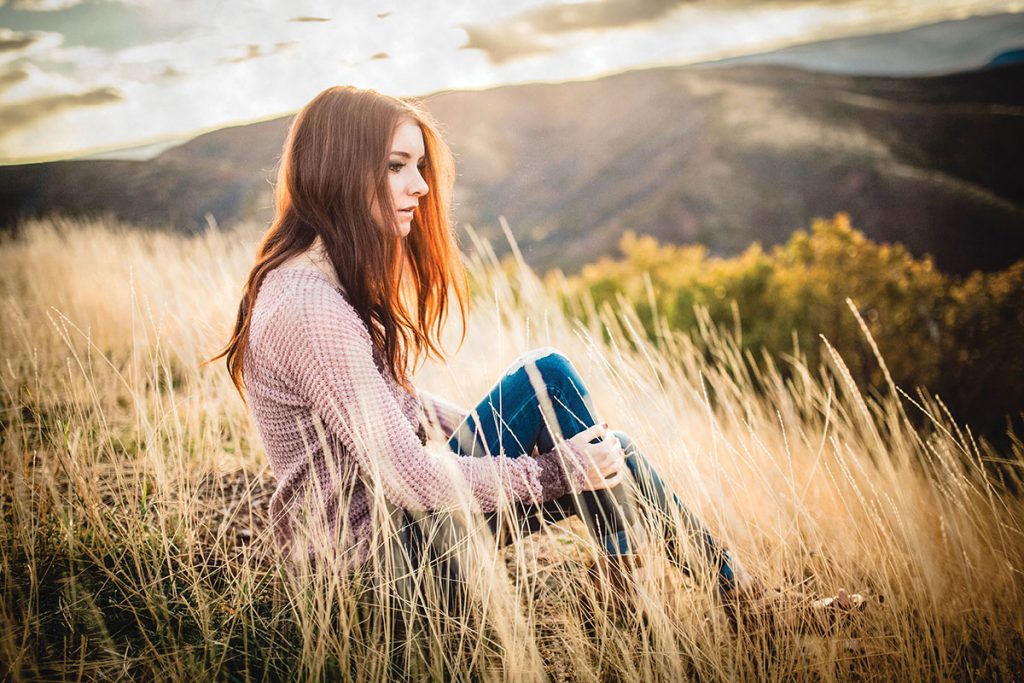 Nashville-bound Maddie Wilson started her music career with a camera in her room … oh, and YouTube. Now, she’s moving on to chase her dreams in the shadow of the Grand Ole Opry. (Photo by Claire Boyle)

When Maddie Wilson was 12 she competed in a talent show in her hometown of Salem.

“I lost the talent show to a group of tap dancing grandmas. My mom could tell I was pretty upset about it, so she took me to sing karaoke,” the 21-year-old Maddie says. “The people who listened to me sing karaoke told me I should consider music as a career. Their kind words got me thinking this could actually be something.”

Since that contrasting experience nine years ago of losing a talent show and gaining karaoke fans, Maddie started writing her own music, traveled to Nashville for meetings and to co-write songs, released self-produced albums, covered popular songs, starred in her own music videos and became a YouTube sensation.

But let’s rewind and play it slowly. The first videos Maddie uploaded onto YouTube were acoustic covers with a guitar in her hand, sitting on a chair in her house.

“I was an awkward teenager,” she says. “It was pretty embarrassing, but those videos got me my first 1,000 subscribers.”

When Maddie started reaching 10,000-20,000 views and subscribers, she was approached by videographer Dave Leach. He wanted to help Maddie create a real music video. Since then, Maddie has starred in more than 50 music videos, covering popular songs and her own original work.

From note to noteworthy

When Maddie and her videographers first started making videos, they believed each one needed costume changes and multiple locations.

“We thought they had to be elaborate,” Maddie says. “But when I was 17 or 18, we transitioned into more simple videos. They were more efficient. Now our videos are one location and one outfit.” 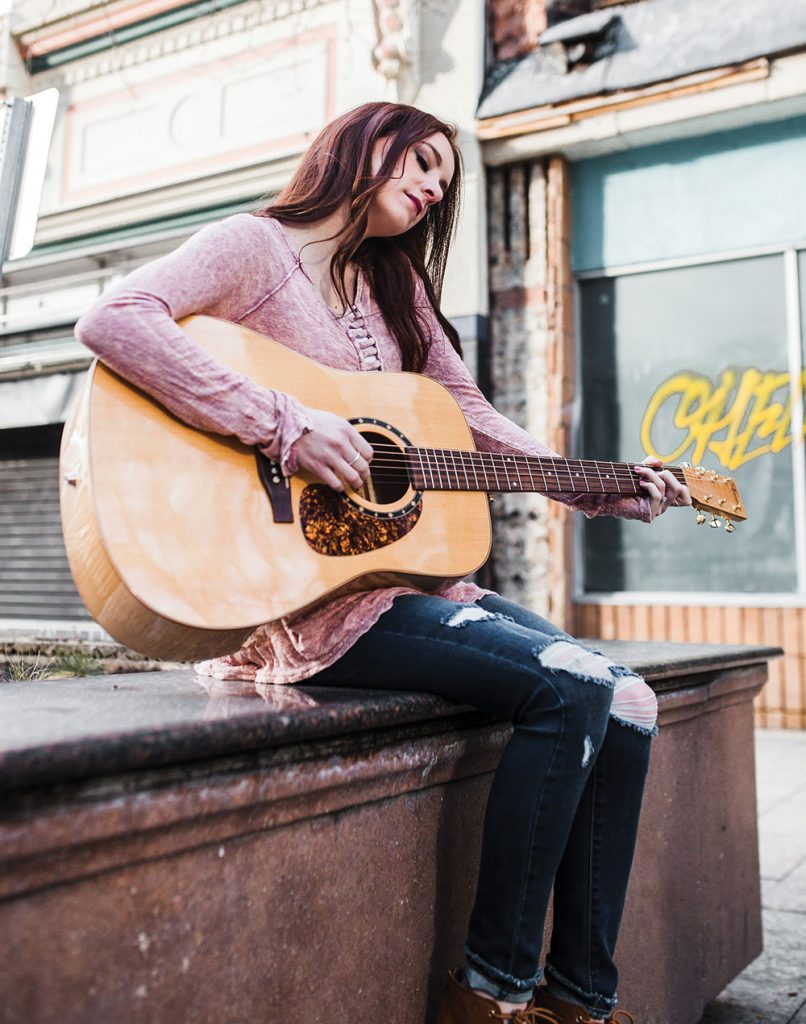 Twenty-one-year-old Maddie Wilson has built her YouTube channel largely on the strategy of covering songs from established artists, getting her videos noticed by a larger fan base quickly. (Photo by Claire Boyle)

Maddie, her mom and her videographer plan the details out the day before the shoot. Despite the last-minute planning, Maddie believes there are only two things every well-produced music video needs.

The second is a good videographer. Maddie’s favorites are those she can connect with and the ones with vision. A good videographer has the ability to make the most of lighting and location.

Maddie believes there is no shortage of videography talent in Utah County. It’s easy for her to find other artists with whom to collaborate.

“There is so much talent here,” she says. “So many YouTubers, videographers and singers. It’s impossible to not find a good team here.”

Maddie’s strategy with YouTube is to produce more cover songs so she can gain a bigger fan base. She hopes this strategy will attract fans who will also like her original music.

“You can get an audience on any platform,” she says. “But on YouTube, people can see me and my songs. If I cover an Ed Sheeran song, for example, I can gain fans from all over the world who like Ed Sheeran.”

Maddie’s end goal is to get the same response for her original music as she does for cover songs.

I want to eventually slow down on covers and focus on my own music,” she says.

Maddie is planning on moving to Nashville with her husband, Jake, in July. She hopes to further her music career and write for big stars. But mostly, she is excited to see what comes next.

“I don’t have a goal of being superstar famous. I just go with the flow and am waiting to see what happens,” she says.

The Making of Maddie

YouTube Star She Loves Megan Nicole
Favorite Videos To Watch “I love to watch Jimmy Fallon on YouTube. The games and interviews with celebrities are funny.”
Subscribers 198,755
Video Views Up to 2 million
Favorite YouTube Star To Collaborate With “I love to collaborate with Madilyn Paige. That’s how we became friends. I reached out to her after I saw her on ‘The Voice.’ Madilyn had never done a music video until we made one together, and now we have done five or six.”
Favorite Videographer “Cameron Gade. He is the funniest guy. We have so much fun.”
Favorite Music Video Location “Provo Canyon was the setting for my cover of ‘H.O.L.Y.’ by Florida Georgia Line. It was really pretty.”
Favorite Music Video Of Her Own “Echo, one of my original songs.”
Advice for young YouTubers: “Start off small. You don’t have to spend money. You can get fans by making simple videos from your house. The more of a fan base you have, the more professional your videos should get. Figure out what makes you unique.”

The U.C.: The Board Game Renaissance in Utah County Next post