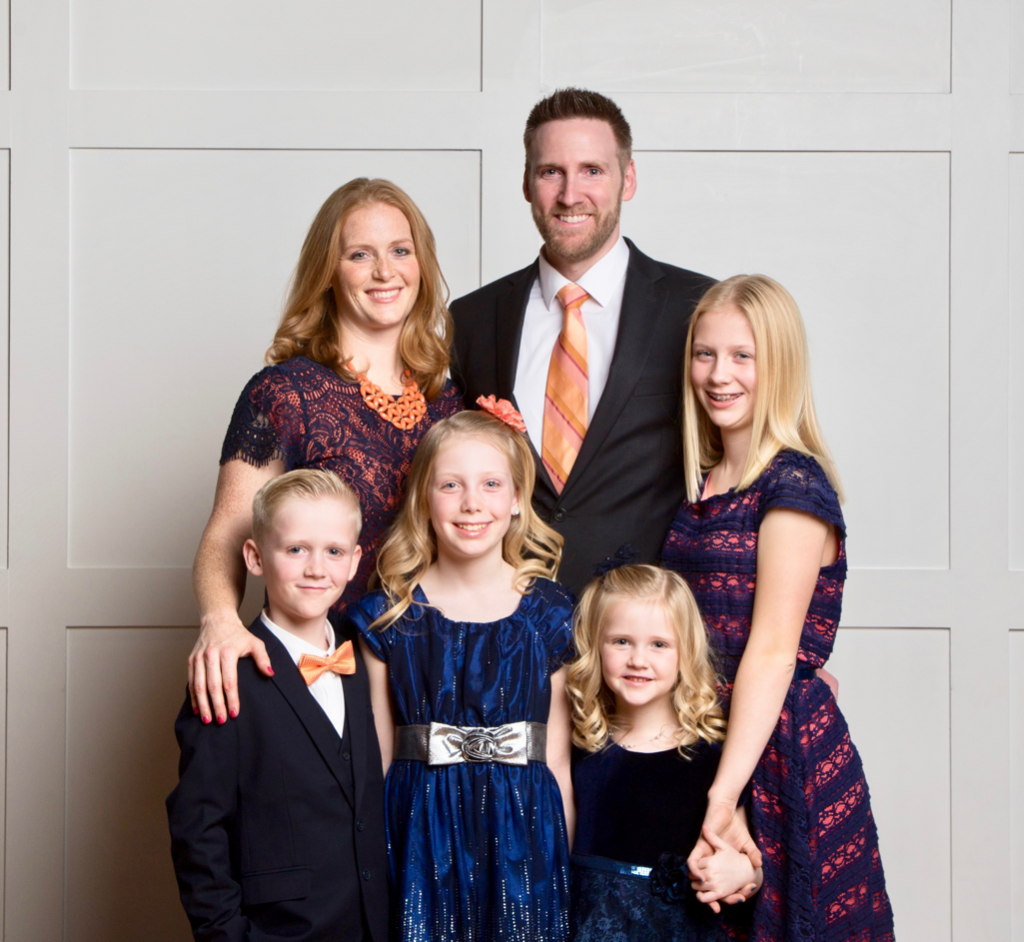 In the 103 years since LDS Church President Joseph F. Smith instituted family home evening as a tradition in the Church, parents have done their best to “gather their boys and girls about them in the home and teach them the word of the Lord.”

Some have been successful, others less so. But as Elder David A. Bednar expressed in his October 2009 general conference address, “More Diligent and Concerned at Home,” it is not uncommon for families to struggle with the habit:

“Sometimes Sister Bednar and I wondered if our efforts to do these spiritually essential things were worthwhile. Now and then verses of scripture were read amid outbursts such as ‘He’s touching me!’ ‘Make him stop looking at me!’ ‘Mom, he’s breathing my air!’ Sincere prayers occasionally were interrupted with giggling and poking. And with active, rambunctious boys, family home evening lessons did not always produce high levels of edification. At times Sister Bednar and I were exasperated because the righteous habits we worked so hard to foster did not seem to yield immediately the spiritual results we wanted and expected.”

If this sounds familiar, we have an app for you. One LDS man has created an FHE app to address some of the challenges he and his family faced as they planned their family home evening lessons.

It started with a Microsoft Word document.

“I kept notes in Microsoft Word, then eventually moved the data into Excel and used that to make assignments for a while,” says Rylan Evans, creator of the FHE app. “Then I expanded on it and made a list of songs we could sing. Then I added a hyperlink to each of the songs on the spreadsheet that would take me to the Church’s website.” This Excel sheet grew over the course of two years with Evans expanding the document to solve new problems that arose.

At the same time, Evans’ career was evolving. He left a job in corporate business to become a consultant and independent iOS developer. The FHE app was the second app he created, and at first, it was just for his own use. 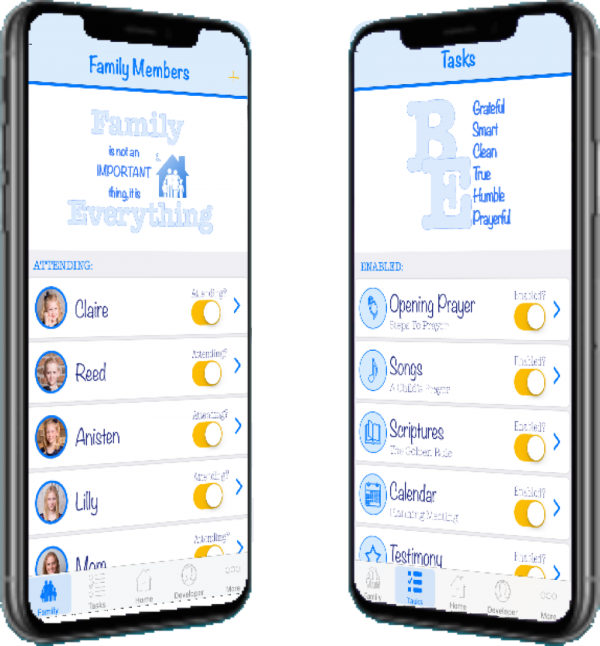 The FHE app is currently only available on iOS. (Image courtesy of Rylan Evans)

The FHE app helps families as they attempt to hold family home evening consistently by removing the barriers that prevent it.

“Especially today, with our busy world, it’s so easy to have natural barriers to family home evening in place, or even to unconsciously create barriers,” Evans says. “We say it’s too hard. This removes those barriers and some of the natural tendencies we have. If you usually say ‘I don’t have a lesson prepared,’ you don’t have that excuse anymore.”

Then family members can use the app to fulfill their assignments. Lesson topic suggestions, audio and video lesson enhancements, and even dessert recipes are listed alphabetically and linked within the app. And once the night is planned, the app syncs with the family TV so everyone can see the materials being presented.

“I designed it so families could at least do something,” Evans says. “It doesn’t have to be fancy — the app is a series of simple lists, where you can pick a lesson, a song, and a scripture. It was designed to be simple so that we could finally have family home evening consistently.”

That, Evans says, is the best reward for his hard work on the app, which is available for free.

“I am so grateful for the opportunity to spend time with my family,” Evans says. “Family night has not always been easy, but now that we have a mechanism to help, my wife and I are able to teach healthy core beliefs and positive principles that invite the Spirit into our home. It’s not always perfect, but it is progress.”

Availability and an apology

Since Evans originally developed the app for himself, he developed it on the platform he uses. And he has an iPhone.

“To all the Android users out there, I need to say this now: I apologize,” Evans says, laughing. “I had to start somewhere and I started with iOS, and it isn’t available for Android yet.”

And unfortunately for the families with small children that Elder Bednar described, there’s no guarantee that the app will prevent giggling and arguing. Maybe after an update or two.

Download the FHE app for free here in the iOS App Store.