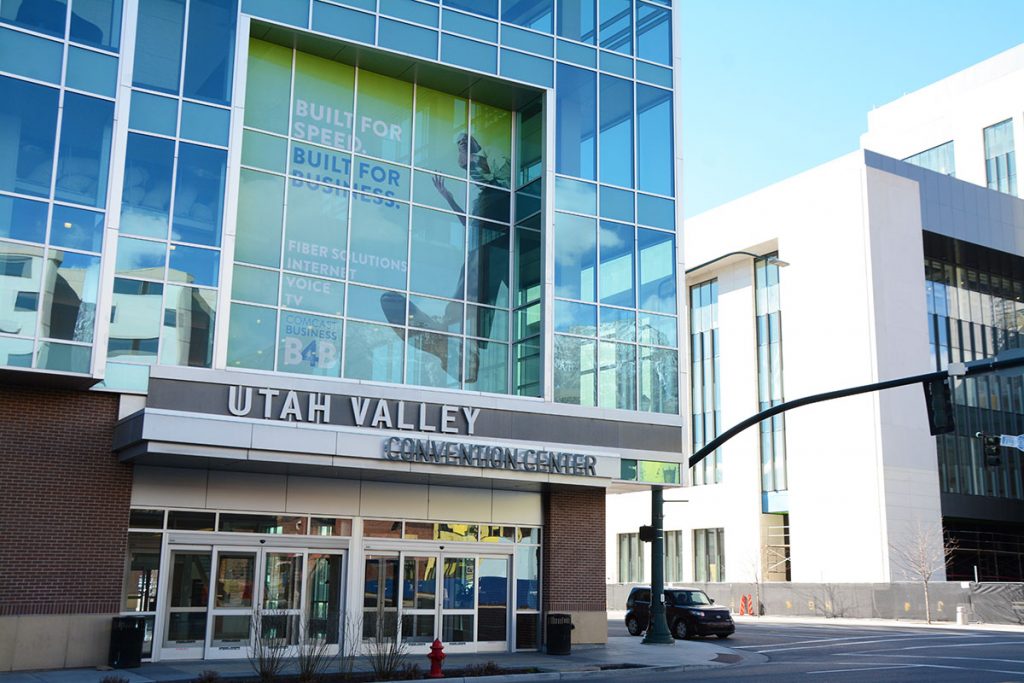 Utah County is no longer suing Provo City and has relinquished its eminent domain action over parking for the Utah Valley Convention Center. (Photo by Rebecca Lane/UV360)

Utah County is dropping a lawsuit and eminent domain action over parking for the convention center in Provo.

In May last year, Utah County filed a lawsuit against Provo alleging that it hadn’t provided 350 parking stalls for convention center visitors, as required in an interlocal agreement. The lawsuit asked for $4 million to pay for acquiring the parking spots. It also filed an eminent domain action for land where the old RC Willey building stood. PEG Development owns part of the lot, so it received notice of eminent domain as well.

The settlement was a three-way agreement between Provo, Utah County and PEG Development. PEG Development will build a new parking garage on 200 North between Freedom Boulevard and 100 West, north of where the company is building a Hyatt Place Hotel. Convention Center visitors will have 350 dedicated parking spaces. It will have 670 stalls total. 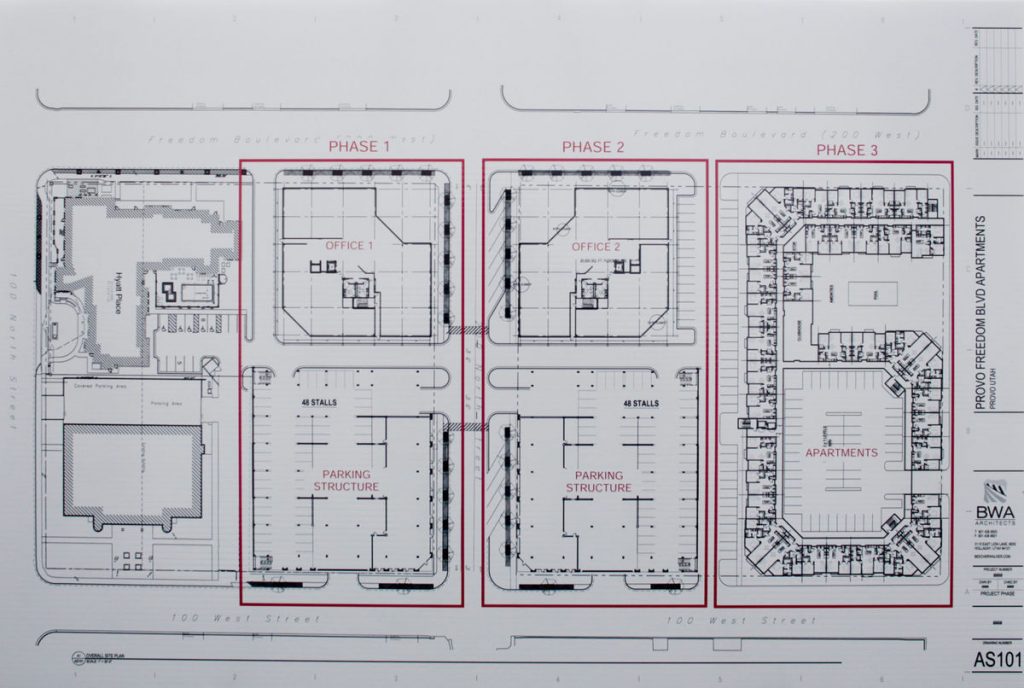 The plan for the new development at 200 North between Freedom Boulevard and 100 West in Provo. (Plan courtesy of Provo City)

The parking garage is part of a larger development. It includes office buildings and another parking structure with housing, said Cameron Gunter, president and CEO of PEG Development. There’s also a a mixed-use commercial/residential building on 100 West between 200 and 300 North. The second parking structure will have about 670 stalls as well. The development will be a gathering place for the community, with pedestrian-friendly courtyards and streets.

“I commend the commission and city for getting this agreement put together,” Gunter said. “It paved the way for us to build and develop in downtown Provo.”

PEG also is renovating the Provo Marriott and building apartments across from the City Center LDS Temple. Its Hyatt Place Hotel will open in June, he said.

“This is a momentous occasion,” said Utah County Commissioner Nathan Ivie. “It’s a win for the citizens of Utah County.”

With the dedicated parking spots, the convention center will attract bigger and better conventions. And that means more tourism and opportunities for local businesses, he said.

Provo Mayor Michelle Kaufusi said the development also will be attractive to many people, including young, single professionals. She said it also means the city will spend less time and money on legal battles. It will instead “focus instead on the great opportunity to see something beneficial.”

Ivie said the first parking structure is planned to be finished within 18 months. Construction of the development will take about two years.