2018 Company of the Year: Pluralsight 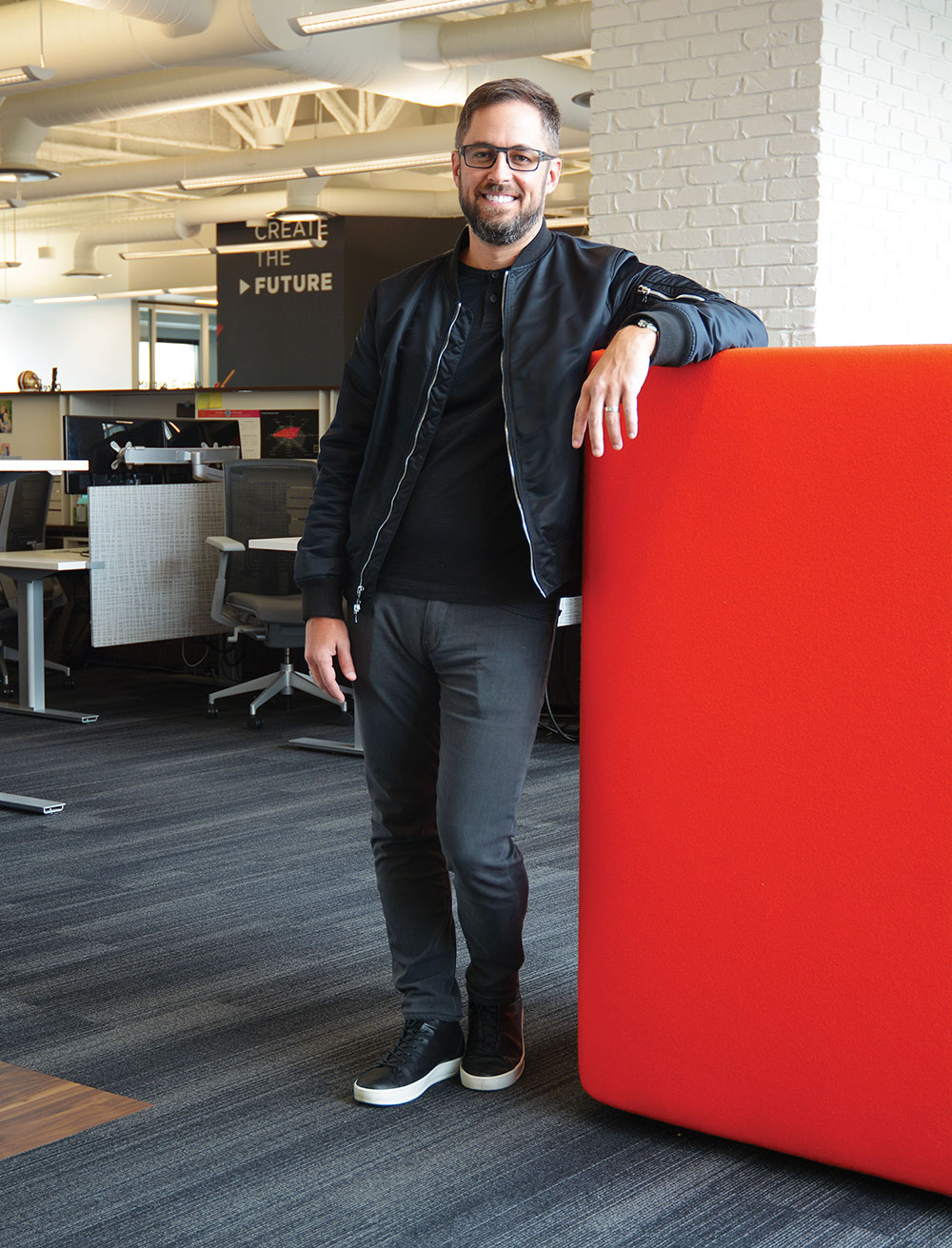 CREATE THE FUTURE: Silicon Slopes Board Member Aaron Skonnard credits his BYU days as being part of the genesis for Pluralsight, which helps companies evaluate technical abilities of their teams, align learning to business objectives and close skills gaps. (Photo by Dave Blackhurst/UVBizQ)

Pluralsight CEO Aaron Skonnard has 20/20 foresight for his tech company.

Currently being grown in Farmington, Pluralsight announced a replanting of its headquarters just a few yards outside of Utah County. Skonnard was looking for 40 open acres for an HQ to match the IQ of his team, currently split between South Jordan and Farmington. The final two options were Lehi and Draper, and although Draper came out victorious, the company’s Utah County legacy cannot be ignored.

“Pluralsight’s mission attracts talent from Utah County, and I personally invest in a lot of companies there and have many entrepreneurial friends in the area,” Skonnard says. “Our decision to move south was largely data-driven. This gives us enough land for a million square feet of office space, and in my lifetime that’s likely going to be enough.”

While Pluralsight has had clear vision since inception, the 2016-17 chapter will be seen as “transformation years for the company,” Skonnard says.

“We’ve become an enterprise-focused company, with deal sizes becoming much more significant during that time.”

And with Pluralsight partnering with 60 percent of the Fortune 500, the reach for this Utah-born-and-bred tech beauty is global.

“One of the unique things about Pluralsight is how big we think,” he says.

Also a significant piece of the transformative year was Pluralsight’s first user event, which came out of the gates with national publicity, largely due to the appearance of Michelle Obama, who Skonnard interviewed on stage.

“That was a life highlight for me,” he says.

The company also embedded social impact into their DNA by headhunting a social impact leader from Silicon Valley who can lead out on Pluralsight’s global contributions 24/7.

“It is important to create, formalize and declare our commitment to this cause,” Skonnard says.

[pullquote]”We are committed to increasing diversity in Utah and in every city in which we operate. Signing the parity pledge in 2017 is just one demonstration. We need diversity to position Pluralsight as one of the best and brightest mission-driven tech companies in the world, not just in Utah.” — Aaron Skonnard, Pluralsight CEO[/pullquote]

While companies are often known for their culture, their billboards, their processes or their revenues, Skonnard doesn’t want to be known for any of those factors.

“My hope is that 20, 30 or even 50 years from now, Pluralsight becomes the great equalizer,” Skonnard says. “Brilliance has been distributed equally around the world, but opportunity hasn’t. That’s what we want to change. We want to bring tech into hands around the globe, regardless of race, socio-economic background or gender. We want to unlock human potential in a way that catapults the human race forward. Our legacy needs to be that. It will be that.”

The Company You Keep

Skonnard’s personal reputation around the state, and especially within the Silicon Slopes community, closely matches the brand of his company.

“My dad taught me to code, and I want that experience for everyone,” he says. “Our company mission is so aligned with who I am as a person.”

In addition to providing life-changing, world-changing access to technology, Skonnard is also committed to creating a company culture that promotes autonomy.

“Every individual has the ability to create impact here,” he says. “Their jobs enable them to do the best work of their lives. That’s how I see our world here at Pluralsight.”

Called on a Mission

Although not technically a Pluralsight initiative, Skonnard is leading the Silicon Slopes vision of getting computer science education in every Utah classroom. This common-sense-but-not-gonna-happen-overnight idea went public at the Silicon Slopes Summit in January.

“Creating access for all is my passion,” he says. “All of our actions lead to that.”

Tech For One And All

1. PluralSightOne. “I’ve been dreaming about our social impact initiative since the beginning of the company,” Skonnard says. Pluralsight has pledged 1 percent of its equity, time, products and profits to equalizing access to technology around the world.

2. Blank canvas. Every two years, Pluralsight solicits input from across the company and creates the ongoing vision in one jam-packed, strategic-filled page. “Our 2020 vision has created massive uplift in terms of how we see the company and its future,” he says.

3. Might as well jump. While Pluralsight’s days in its Farmington campus are numbered, the hours are also punctuated — with Van Halen’s “Jump” playing through the courtyard of Station Park on the daily at noon.