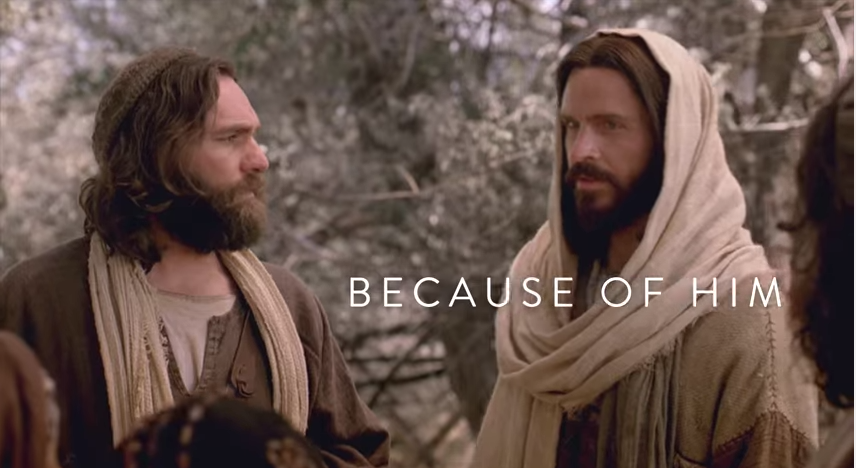 A screenshot from the “Because of Him” Easter video by The Church of Jesus Christ of Latter-day Saints.

The Church of Jesus Christ of Latter-day Saints released its annual Easter campaign on YouTube Thursday afternoon — but you may have seen the video before.

For 2018, the LDS Church decided to return to its 2014 campaign, “Because of Him.” When the video was published in 2014, it garnered more than 5.2 million views in 20 different languages.

On Easter Sunday 2014, the LDS Church promoted two 30-second versions of the video in English and Spanish on the masthead of YouTube. They received feedback from YouTube viewers in the comments, including:

“I am not a Mormon, but the message is true! I´m a human being with my own sins, my own goods, my own hopes and despairs.”

“This video has an amazing Easter message that touched me profoundly! I’ll watch it again and again,” said one of the commenters.

The Church invites viewers to share the video and share their own testimonies of Jesus Christ using the hashtag #BecauseofHim. When the Church ran the campaign in 2014, the hashtag was used more than 100 million times on social media channels.

In 2017, the theme was “Prince of Peace.” Besides the video introducing the theme, there were eight other videos that focused on the principles of peace: faith, compassion, forgiveness, repentance, gratitude, God’s word, prayer, and hope.

Mormon.org also features a timeline of Christ’s life during Holy Week, the week leading up to His death.