Home Featured Vote by mail, early, or on Election Day — it’s up to you

Vote by mail, early, or on Election Day — it’s up to you 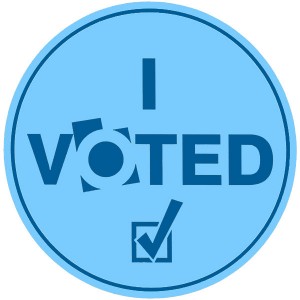 This year Utah County voters will have more choices on election days.

“We want to do whatever we can to protect the integrity of the election and give everybody the opportunity to get involved and vote,” said Utah County Clerk Auditor Bryan Thompson.

Last year the county conducted a vote-by-mail election, with some polling places open on Election Day. It was a municipal election year with a special congressional race, and the cities had opted for vote by mail. This year, it’s going to be a little different.

People will be able to choose to vote by mail by requesting an absentee ballot on vote.utah.gov, Thompson said. Last year the county sent ballots to every registered voter. But the post office returned several thousand ballots because voters hadn’t updated their addresses. With people requesting absentee ballots, voters will need to make sure their addresses are correct.

The county also will offer more in-person voting options. Early voting will start two weeks before the primary and general election dates, he said. And new this year, people will be able to vote at any voting location in the county, which will be more convenient for voters whose workplaces aren’t near their usual polling places. It’s also planning to open voting places in more convenient locations, like along Interstate 15.

“People will be able to go to vote centers all over the county,” Thompson said. “They won’t have to make sure they get all the way home.”

After the 2017 election, the county sent a survey to more than 90,000 people after to gauge their feelings on voting by mail, he said. About 8,000 people responded, and two-thirds said they liked voting by mail. But one-third had concerns about voting by mail and wanted to submit ballots in person.

Thompson said eventually the county will likely transition to all vote by mail, but that could take several years. He contacted other places with successful vote-by-mail programs. They said it took three to four years for people to get used to the new system.

“This is a great intermediary step,” he said of the mix of voting methods.

Plus, the county still has certified election equipment. “It’s just a process of doing it right, to be fiscally responsible with the investment we already made in equipment,” he said.

“In the long run, coupled with all the options, I think we’re actually doing an even better job of getting stuff out there,” Thompson said.