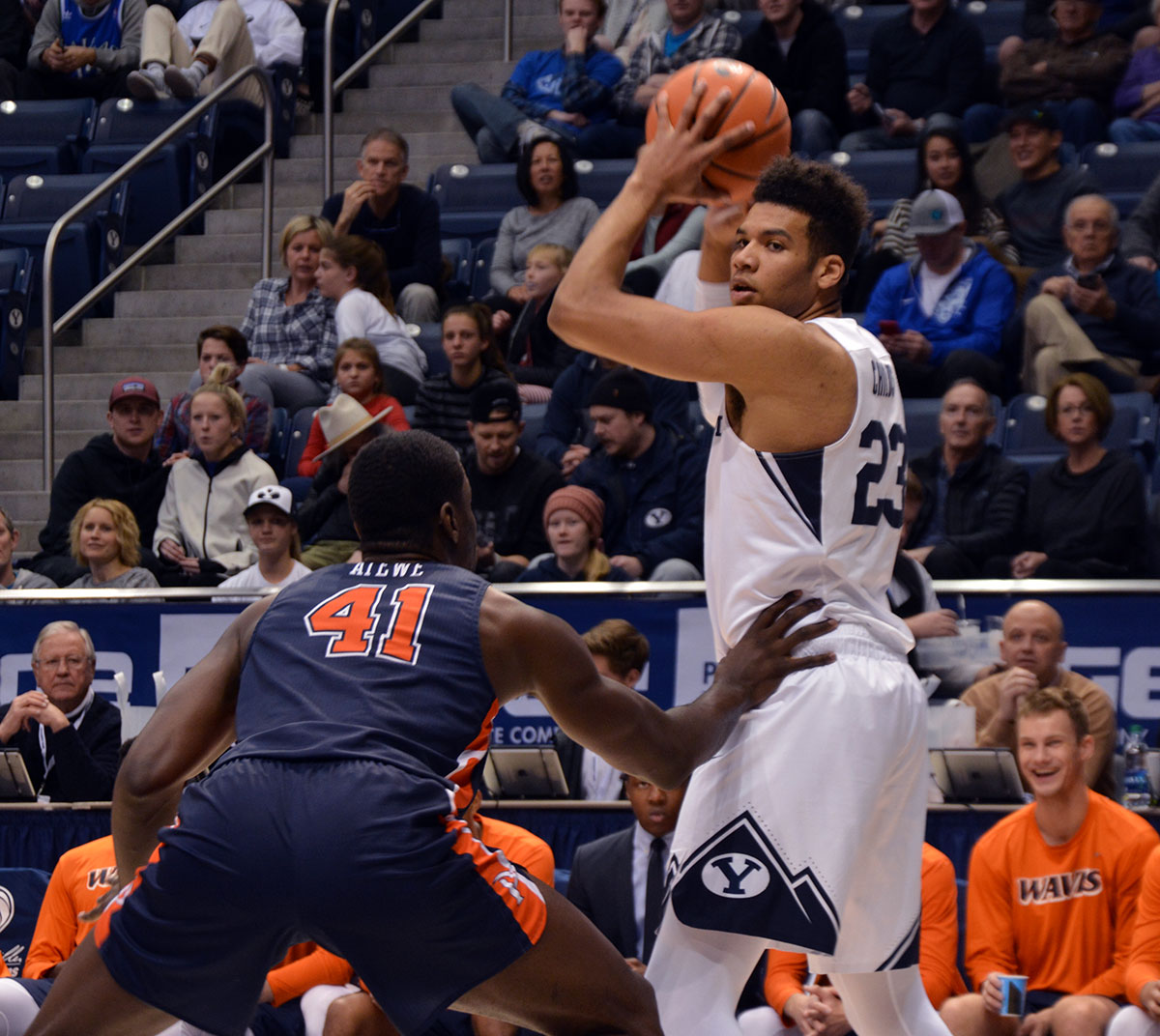 BYU basketball sophomore Yoeli Childs announced he would enter his name in the 2018 NBA Draft. However, Childs will not hire an agent so that he will maintain college eligibility.

By declaring for the NBA Draft, Childs can be invited to workouts with NBA teams beginning April 24. As an early-entry player, he will also be eligible to be invited to the NBA Draft Combine in Chicago, which is May 16–20. In order to maintain NCAA eligibility, Childs will need to withdraw from the NBA Draft by May 30.

“(Childs) continues to improve in every aspect of his game,” said BYU head coach Dave Rose following a game earlier this season. … “As a rebounder, as a scorer, as a facilitator, I think he just understands the game more.”

This is the second year in a row that BYU has had its top-performer forward enter his name in the NBA Draft. Following the 2016–17 season, leading scorer Eric Mika entered the 2017 NBA Draft while maintaining eligibility. In May 2017, Mika officially entered the draft by hiring an agent; however, he went undrafted. Mika now plays for Consultinvest Pesaro in Italy.

During the 2017–18 season, Childs was named a first-team All-West Coast Conference player and earned USBWA and NABC All-District honors. He helped lead the Cougars to 24 wins while averaging 17.8 points, 8.6 rebounds, 2.2 assists and 1.8 blocks per game. Childs also shot a team-best 54.1 percent from the field and had 15 double-doubles.

“We have amazing coaches who put us in a great system where we can show what we can do,” Childs said about the BYU basketball program in a press conference earlier this season. “We have amazing teammates who no matter what they’re doing, we have guys who will shoot three shots in a game and they’ll be pumped because we get the win. We’re in a great system, we’re in a great fit and all the credit goes to the guys around us.”