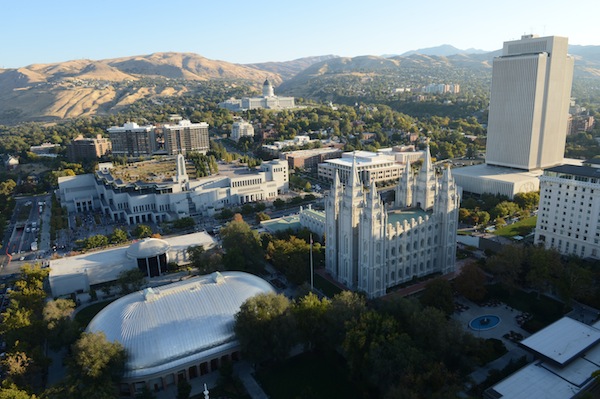 The Church of Jesus Christ of Latter-day Saints is headquartered in Salt Lake City, Utah. (Photo courtesy of LDS Church)

The First Presidency of The Church of Jesus Christ of Latter-day Saints released a letter Monday evening, which was sent to local leaders of the church, as well as shared an updated policy on bishop interviews.

The existing policies are from a handbook released in 2008, but the Church updated a few policies.

“In 2008, the First Presidency issued a letter encouraging Church leaders to reach out in love to support those who were suffering from abuse,” the First Presidency said in the letter Monday. “This global issue continues to be of great concern to us today. Our hearts and prayers go out to all who are affected by this serious problem.”

One change is the interviewee may now invite another adult to join the meeting. The updated handbook instruction says, “If the person being interviewed desires, another adult may be invited to participate in the interview. Leaders should avoid all circumstances that could be misunderstood.”

Prior to the update, another leader was assigned to sit outside the office when an ecclesiastical leader was interviewing a child, youth or woman.

Another added phrase in the handbook is “members should never be encouraged to remain in a home or situation that is abusive or unsafe.”

These church leadership handbook updates come a week after a recording was leaked of a woman’s accusations that a former Provo Missionary Training Center president, Joseph Bishop, raped her during her time as a missionary at the institution in 1984. In the recording, the woman confronted Bishop about the incident as well as accused him of molesting another missionary. When local leaders confronted Bishop about the claims — which the woman reported to the church — Bishop denied them.

Following the leak, the LDS Church released a statement saying, “We are committed to bringing accountability for what has occurred.”

Read all of the “preventing and responding to abuse” guidelines here.