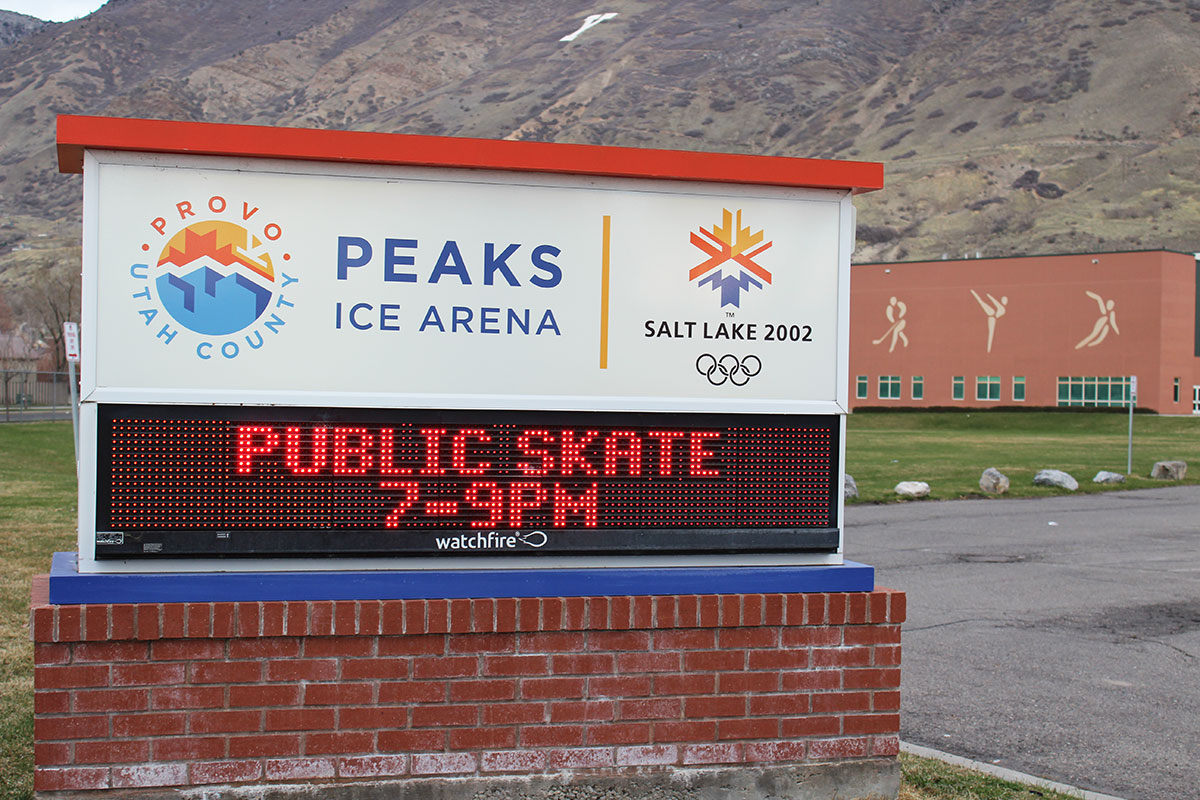 Peaks Ice Arena was used for men’s and women’s hockey during the 2002 Olympics. (Photo by Rebecca Lane/UV360)

Provo and Utah County are negotiating a deal to keep the Peaks Ice Arena from being sold at a public auction.

A year ago, Utah County decided it wanted out of the Peaks Ice Arena, which it owns and operates with Provo City. That decision triggered a clause that required the ice rink to be sold at a public auction after one year. The only thing that could stop an auction was Provo purchasing Utah County’s portion of the arena.

The public auction deadline was March 23, said deputy city attorney Brian Jones. But Provo and Utah County want another month to try to work out a deal. Last week, Mayor Michelle Kaufusi signed a deal to extend the deadline another month. And so on Tuesday, the Provo council unanimously agreed to ratify her signature.

The vote will postpone the sale of the ice arena. It also allows for more time to negotiate a resolution that doesn’t involve selling the Olympic venue, according to Provo.

The arena was a venue for men’s and women’s hockey during the 2002 Olympics. A private company took over operations after the games, and the venue suffered until the county and city took over.

Since taking over, the city and county contribute an annual amount. And that number has gone down each year since 2009 because of increases in revenue and usage, Scott Henderson, Provo’s recreation director, has said. In the 2016-17, each entity paid $170,000, and that number dropped for 2017-18 to $168,500. Another Olympic ice arena, the Ice Oval in Kearns, has an annual subsidy of about $1.5 million.