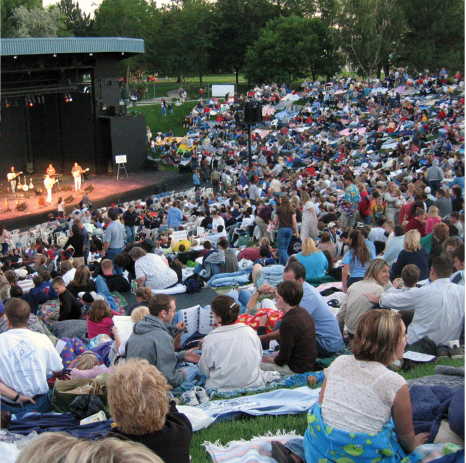 Open-air Broadway show goers at the SCERA Shell Outdoor Theatre in Orem, Utah enjoy an amazing natural backdrop to go along with the community theater sets and performances.

As Utah Valley residents endure the daily shifts in the weather and prepare for summer, the SCERA Center for the Arts is already looking forward to the distant future.

On Wednesday, the SCERA announced the remaining two shows for its 2019 season, which will make the 2019 season the summer of Disney musicals. “Newsies” will open the summer season in June 2019. Then in July 2019 the SCERA will perform “Peter Pan.” It will close the season with “Beauty and the Beast” in July 2019.

Normally the SCERA doesn’t announce its summer season until the winter leading up to the shows, but the SCERA wanted to celebrate what will be an anniversary year early.

“We had been waiting for the rights to ‘Newsies’ to be released, and when we found out we could get it locked for summer 2019, we decided to go ahead and get our other titles secured as well,” said April Berlin, operations manager at the SCERA. “We are announcing early because 2019 is our 35th anniversary at the SCERA Shell Outdoor Theatre and also the 85th anniversary of SCERA’s founding, so we wanted our titles to be big. ‘Newsies’ is a new and exciting piece of theatre, and ‘Peter Pan’ and ‘Beauty and the Beast’ are two audience favorite that we can produce on a grand scale worthy of a celebratory anniversary year.”

For a taste of “Newsies,” watch the Broadway cast perform “King of New York” below.