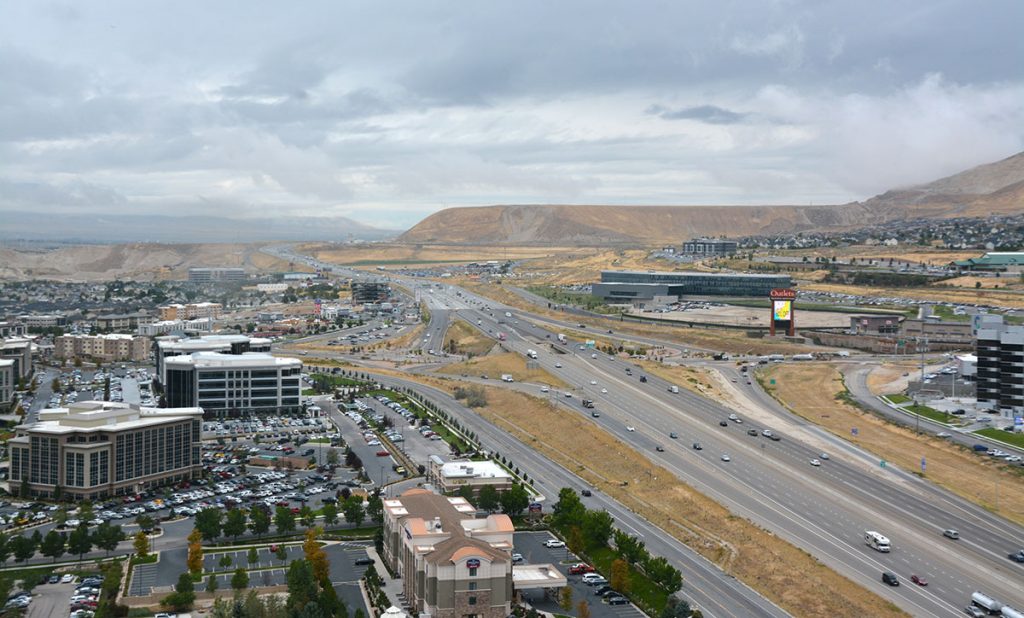 Since 2010, more than 58,000 jobs have been generated just in the Point of the Mountain area, and the growth is expected to continue. (Photo by Rebecca Lane/UV360)

Snow is melting in the mountains, ski resorts are closing, temperatures are rising. It’s spring, aka the start of road construction season. And this year, Utah Valley residents can expect some major projects.

“We always like to remind drivers to be alert and extra cautious in construction zones,” said Eileen Barron, a spokeswoman for the Utah Department of Transportation. “We reduce speeds for the safety of drivers and the safety of crews that are working. … Buckle up, put your phone down, slow down and pay attention.

“There really is a lot going on there in northwest Utah County, between Redwood Road, Mountain View Corridor and I-15 but really we’re trying to keep up with the growth in the area,” she said.

Here are some of the major projects happening around Utah County:

During construction, this section of I-15 will have five lanes open in each direction during peak travel times. (This area now has four lanes.)

When complete, I-15 will have six lanes in each direction between Lehi Main Street and SR 92.
This project also includes:

Get more information and project updates at udot.utah.gov/techcorridor.

Crews will be building a new road with two lanes in each direction, with signaled interchanges as well as walking and biking trails. The new road will be west of Redwood Road, with the connection into SR 73 at Foothill Boulevard. Eventually, this new section of Mountain View Corridor will connect to the existing portion in Salt Lake County, Barron said.

Get more information and project updates at udot.utah.gov/mountainview.

“Businesses are open and we are providing access to those businesses,” Barron said. “That’s a very busy corridor.”

Get more information and updates here. 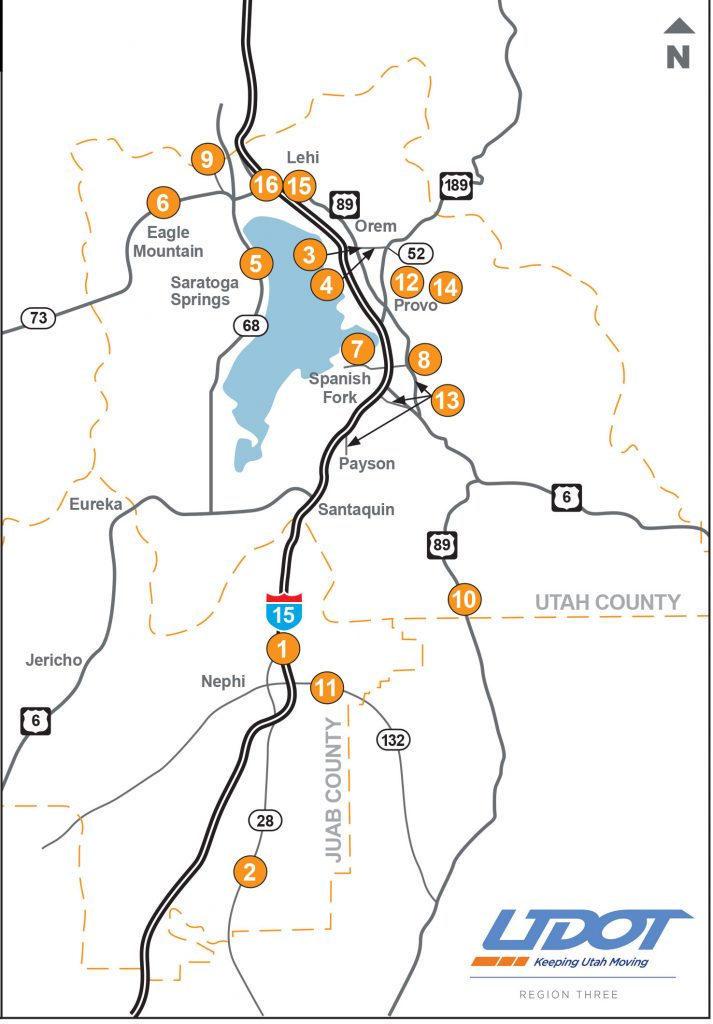 Get more information and project updates at ProvoOremTRIP.com.

This project will add one lane in each direction at the northbound off-ramp and southbound on-ramp. “We’ve been noticing a lot of traffic congestion on those ramps,” Barron said.

Get more information and updates at udot.utah.gov/redwoodsaratoga.

Crews are widening 400 South in Springville to five lanes from I-15 to Spanish Fork Main Street. The project also includes adding a sound wall next to residences on the south side of the road as well as a second eastbound-to-northbound turn lane at the 400 South interchange.