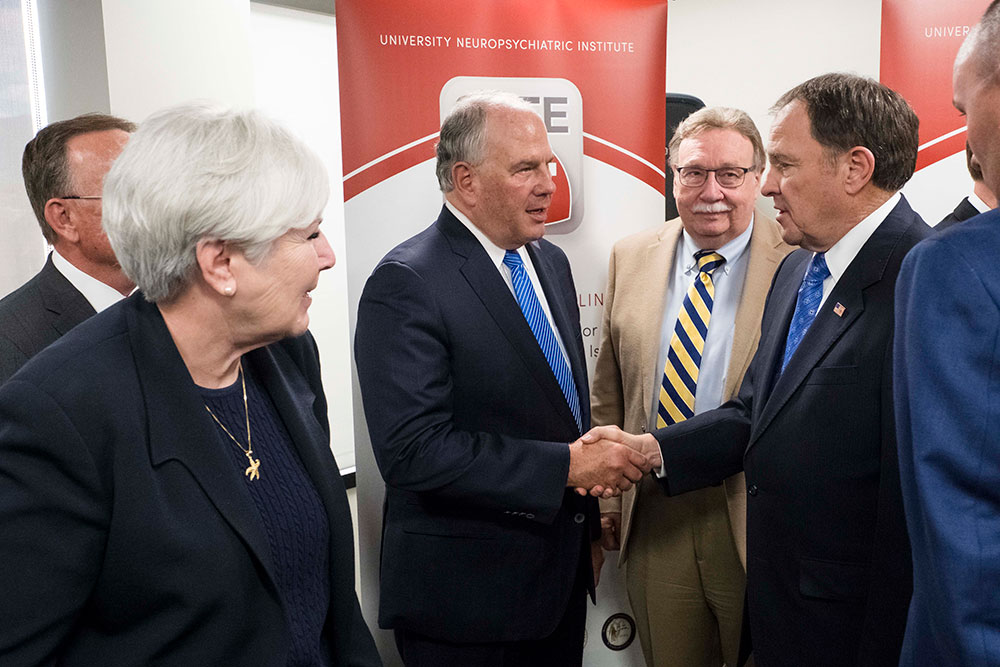 Utah Governor Gary R. Herbert shakes hands with Elder Ronald A. Rasband of the Quorum of the Twelve Apostles. Elder Rasband was on the governor’s task force for teen suicide prevention. The governor signed legislation dealing with suicide April 24, 2018, that was passed in the recent session of the Utah State Legislature. (Photo courtesy of LDS Church)

Gov. Herbert signed several bills into law on Tuesday, April 24. A good number of the legislative initiatives stemmed from recommendations made by the governor’s task force, that was organized in January of this year.

On Tuesday, Elder Ronald A. Rasband of the Quorum of the Twelve Apostles presented the governor, on behalf of the church, a $150,000 check for the suicide prevention fund.

“We want to raise awareness regarding the governor’s suicide prevention fund, and we hope this will prompt others who feel a desire to support these efforts,” Elder Rasband said after the event on Tuesday.

In addition to the donation, the LDS Church also has a page on their website, suicide.lds.org, which provides suicide prevention resources.

“For those who feel there is no hope, please know that you are loved and valued,” Elder Rasband said after the event. “We see you and we hear you. We need you and we love you. Talk to someone now. We are here to listen and to help.”