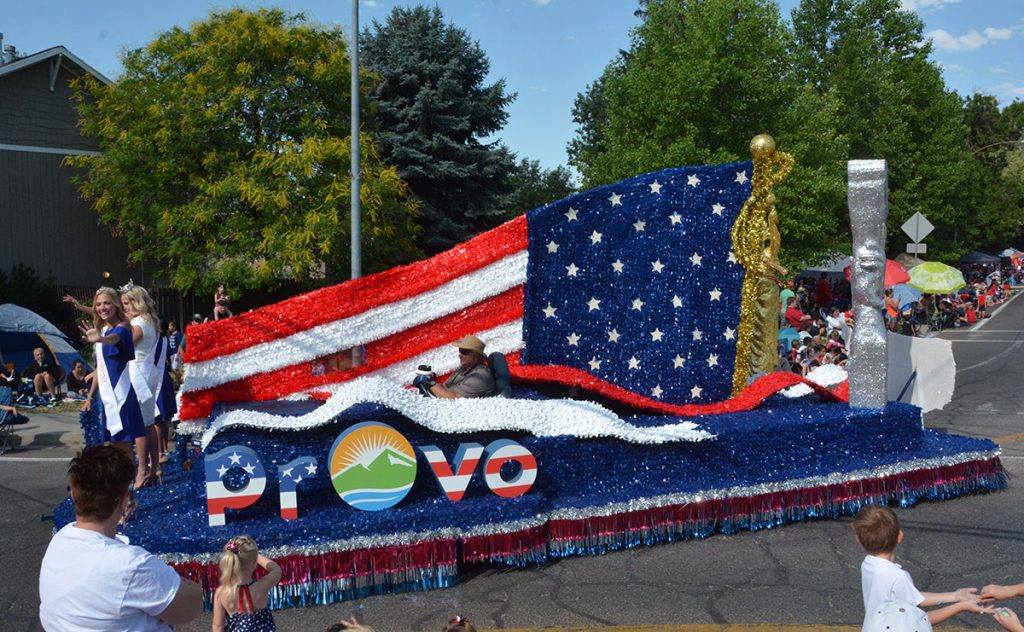 The Miss Provo organization wants Provo City to take over responsibility — and that may mean more liability — for driving the city parade float, which Miss Provo royalty use in parades every summer. And that’s turned into a discussion over whether the city should fund a float.

“Miss Provo says they don’t want to hire a driver,” said Provo Councilman Gary Winterton on Tuesday. … “I don’t think it’s fair to them to have to do it.”

The city already stores the float in a hangar at the airport. It also pays for redecorating and maintaining it every year. It budgeted $10,000 this year and $11,000 last year, on top of what it contributes to the Miss Provo pageant — $11,000 for 2018 and $10,000 in 2017. So if it approves the request, it would take over full responsibility and liability for the float. This year is covered — the Miss Provo organization has hired a driver and the funding is in place.

“There’s been a real discussion this year: Should we save this money?” said Councilman Dave Harding.

The float is good advertising and public relations for the city. And it’s a way to support and build relationships with other cities, by having it in their parades. But it costs $11,000 a year, the city has to store it, and then there’s liability — possibly the biggest issue.

“There are liabilities involved with floats,” Winterton said. “Nephi had an experience with their city float last year.”

In July last year, an 11-year-old girl was killed by a float during a parade in Nephi. 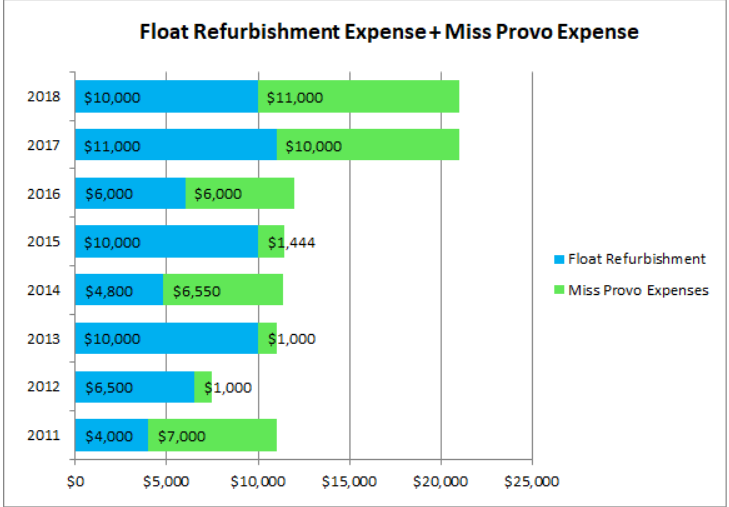 If the float is in an accident, and the driver isn’t a city employee, the city would likely have less liability, according to the Provo Legal Department.

This isn’t the first time the council has debated what to do with the float. In 2011, then-Mayor John Curtis considered getting rid of it. But then mayors from around the county threatened to pull out of the Freedom Festival Parade if Provo didn’t have a float in their parades. Plus, the other option for the Miss Provo royalty — riding in a car — isn’t allowed in many parades.

Harding wondered if the city should keep the float but use it for more than Miss Provo. “We could highlight a different startup at each parade.”

Councilman George Handley said he wanted to know if it aligns with city goals and what would happen if the city didn’t have a float before he votes on the issue.

The council decided to push the issue to its next meeting so it can hear from Mayor Michelle Kaufusi. The city administration would be responsible for supplying a driver, so the council wants the mayor’s opinion before making a decision.