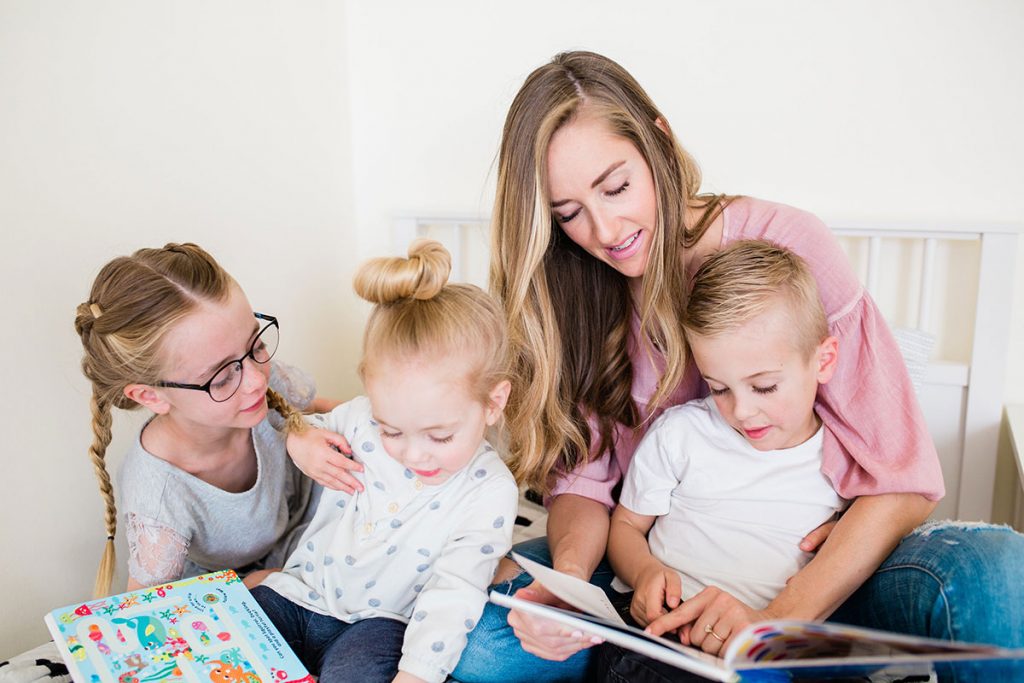 Kim Christenson is a freelance writer for UtahValley360.com, blogger at Talk Wordy to Me and mother of three. (Photo by Brittany Allred)

I deleted Instagram for a month to focus on writing my first book, but I got so much more out of it than that.

It took me awhile to actually delete the thing. Months, in fact. I knew a break was in order. I was getting too caught up in sharing there and spending too much time scrolling through people’s lives instead of fully living my own.

But, I kept justifying.

It was my digital scrapbook, after all. What if people try to contact me there? What if my following and engagement tank? And my biggest fear: What if I miss out on something?

I kept trying strategies to be on my phone less. A few things helped, but I still felt that near-constant pull to my phone. It was my go-to whenever I had a spare minute, or when I wanted to escape a tough moment. It had become a crutch.

When I finally pushed that little “x” and deleted the app, I instantly felt a sense of relief. Here are some insights I gained during my time away:

At first, I still saw some experiences through the social media lens. When we did something fun as a family, my kids said something funny, I listened to a great podcast or had an insight, I thought about posting it. But that compulsion faded away, and something better took its place.

I’ve been working on my book for almost three years, and I’ve had a nagging question at the back of my mind: How much further along would I be with it, how much more developed would my characters be, how much more could I hone my craft, if I didn’t have the noise of social media crowding my time and headspace?

I craved those rare moments of inspiration that seemed to be crowded out by all the other things taking up real estate in my mind, including Instagram.

I got more productive work done with my book during my four weeks without social media than I had in the previous three years I’d been working on it. When social media was out of the picture, moments of inspiration started coming significantly more frequently. And not just inspiration about my book, but about my kids, my friends, and my other creative projects.

Consuming social media (and other forms of media too) makes us feel like we’re doing something, but after an hour of it, we’re not left with much to show for it. It’s too easy to get stuck in a cycle of consuming instead of creating. (I love Jody Moore’s podcast on this.)

I kept trying strategies to be on my phone less. A few things helped, but I still felt that near-constant pull to my phone. It was my go-to whenever I had a spare minute, or when I wanted to escape a tough moment. It had become a crutch.

Shortly after I got off Instagram, I started feeling some intense insecurities—to the point of what felt like an emotional breakdown. It was strange, because I thought getting off social media would have the opposite effect. Then I realized two things:

First, I wasn’t experiencing the buzz of sharing my photos and thoughts with the world and getting the near-constant validation of likes, comments, and new followers anymore.

Second, I wasn’t using social media to numb or escape from my feelings and my reality anymore. I was having to feel and process things more deeply. It was a wake-up call to how much I was depending on distraction to avoid and numb feelings.

I’m learning the valuable lesson of feeling the full extent of my emotions and fostering self-validation instead of relying on external sources for it.

As modern women, we feel like we’re being pulled in hundreds of directions. Social media exacerbates that fragmented feeling because we’re seeing what everyone else is doing, and comparing (even subconsciously) our situation and our choices to theirs. it’s overwhelming. I think our brains are kind of freaking out about the information overload of it.

Life isn’t meant to be lived by peering into everyone’s proverbial backyards to see what they’re up to, what their house looks like, what their hair looks like, what vacations their enjoying, and how their kids are behaving. We also don’t need to hear everyone’s advice (even good advice) about everything under the sun. That clouds our own intuition and common sense. It skews the perspective that we each have unique ways of living and parenting, and that being a successful, beautiful woman, wife, or mother doesn’t have a certain look. 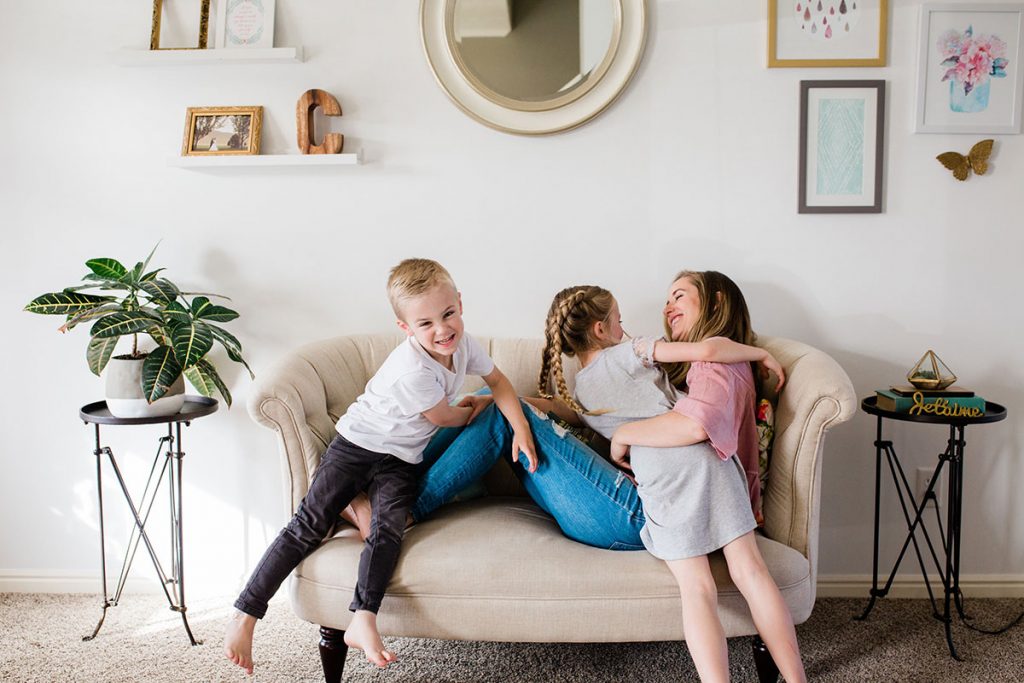 Kim Christenson used her month break from Instagram to spend more time with her family and work on her first novel. (Photo by Brittany Allred)

Ever since I lost my social media addiction, I’ve been more present with my kids. That’s how I want to spend these years while they’re young and under my influence. And that won’t happen unless I make some intentional choices about how I use social media. I want to set the example that living life and connecting with people always comes before connecting with technology and social media.

I’m back on social media. But I can’t consume it in the same way I did before, because now I know how much more peaceful, liberating, and fulfilling life feels when I’m not tethered to my phone.

Now, I preserve most moments for my family and I. When I do share, I don’t spend much time there, and I delete the app on weekends.

I don’t think social media is evil or something we should all ditch. There’s a lot of good to be found on it, and I enjoy sharing and connecting there. I applaud my friends who are able to pursue their passions and support their families through it. But for me, the return on my social media investment wasn’t worth the time and energy I was putting into it.

While social media apps can be a positive tool, the richness, fulfillment, and excitement of life is not contained in them. It’s in our relationships. Our real-life experiences. In simple, everyday moments, and in off-screen thoughts and inspiration. We shouldn’t have fear of missing out on what’s going on in the social media world—but of what we could be missing by spending too much time in it.