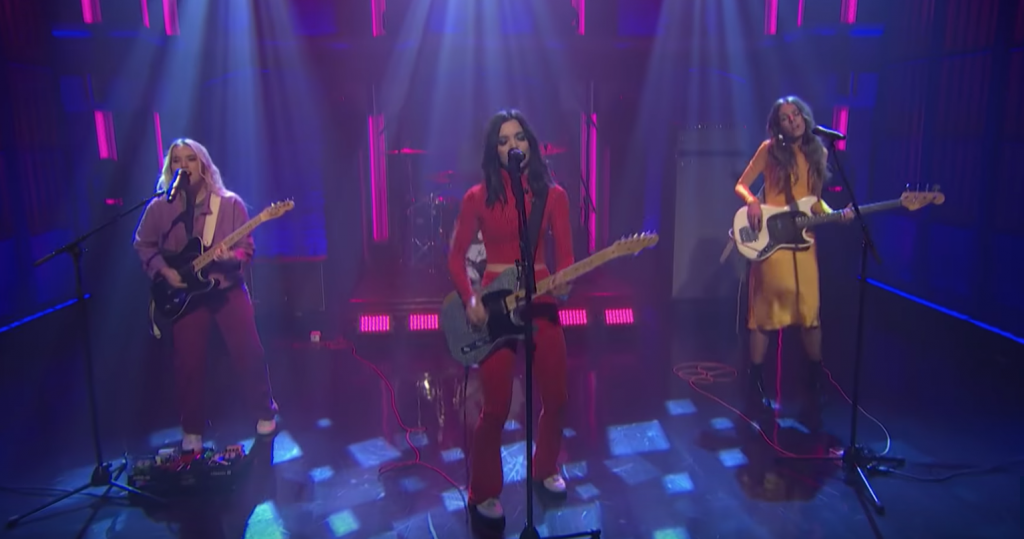 The Aces, a Provo-based band, made its late-night show debut on NBC’s “Late Night with Seth Meyers.” (Screenshot)

The Aces, formerly The Blue Aces, is a pop group made up of four girls: vocalist Cristal Ramirez, guitarist Katie Henderson, bassist McKenna Petty and drummer Alisa Ramirez. On the late-night show, the band played “The Last One,” a song on the group’s new album, “When My Heart Felt Volcanic.” Following the show, a second performance, “Waiting For You,” was posted on Meyer’s YouTube channel.

Throughout the past year, The Aces have received a lot of national attention, including being featured on NPR‘s All Songs Considered.

Before signing with Red Bull Records, the band opened for big names such as Neon Trees as well as for Tim McGraw at the 2016 Stadium of Fire. The Aces also played in the May 2016 Rooftop Concert Series behind The Str!ke.

The Aces return to their roots on Friday night with a soldout show at Velour Live Music Gallery in Provo.

Watch both of the band’s performances from the “Late Night with Seth Meyers” below.