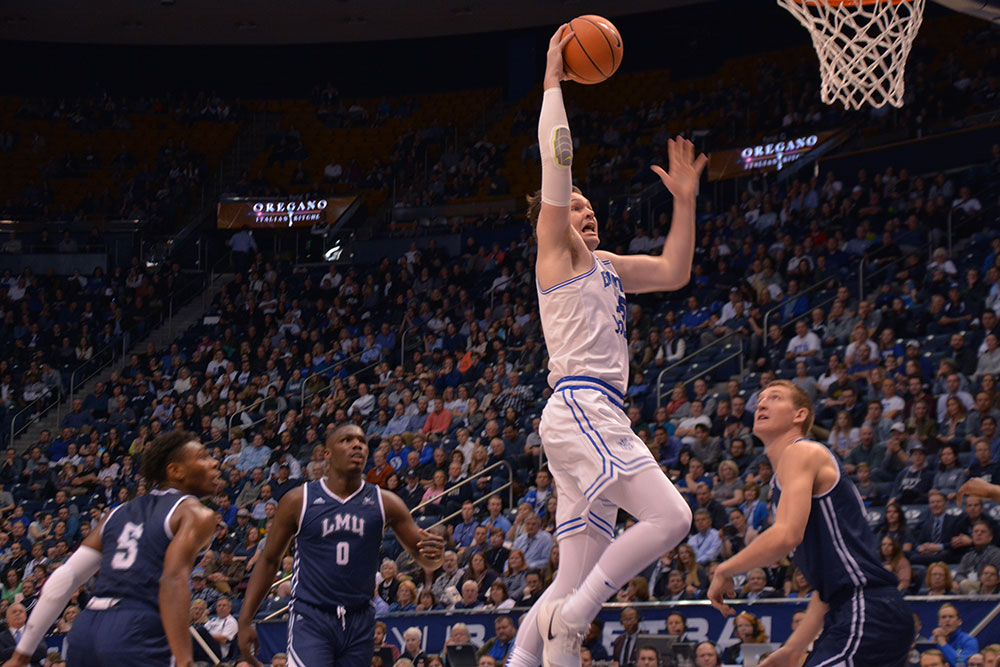 BYU basketball announced Thursday that forward Payton Dastrup will transfer from the program.

Dastrup, a 6-foot-10 forward from Mesa, Arizona, played for the Cougars for two years. He has two years of eligibility remaining.

“We are grateful to Payton for the time he spent here at BYU,” said BYU coach Dave Rose. “He is a very talented player and inspirational teammate. We wish him all the very best moving forward.”

BYU men’s basketball coach Dave Rose announced Thursday that Payton Dastrup will transfer from the program. He has two years of eligibility remaining.

As a sophomore in 2017–18 he averaged 3.3 points and 1.8 rebounds while shooting 52.0 percent from the field and 43.3 percent from 3-point range. Dastrup posted season highs of 14 points, six rebounds, three blocks and two steals.

Amongst his teammates, Dastrup was known as a team player that bleeds blue.

Cougar Nation, It is with nothing but gratitude that I announce that I will be transferring effective immediately from BYU to further my career as a student athlete elsewhere. It has been a privilege to be a part of such an amazing program, with one of the premier fanbases in all the country. This decision has been one that was not easy, and is something I have thought about for a long time. I wish absolutely nothing but the best for BYU in the years to come, but my time here has come to an end, and I am excited for this new chapter in my life to begin very soon. Thank you again for all your support, and Go Cougs💙

Dastrup is the second player to announce he will not be returning to the BYU basketball team for the 2018–19 season. Guard Elijah Bryant hired an agent in April and entered the 2018 NBA Draft.