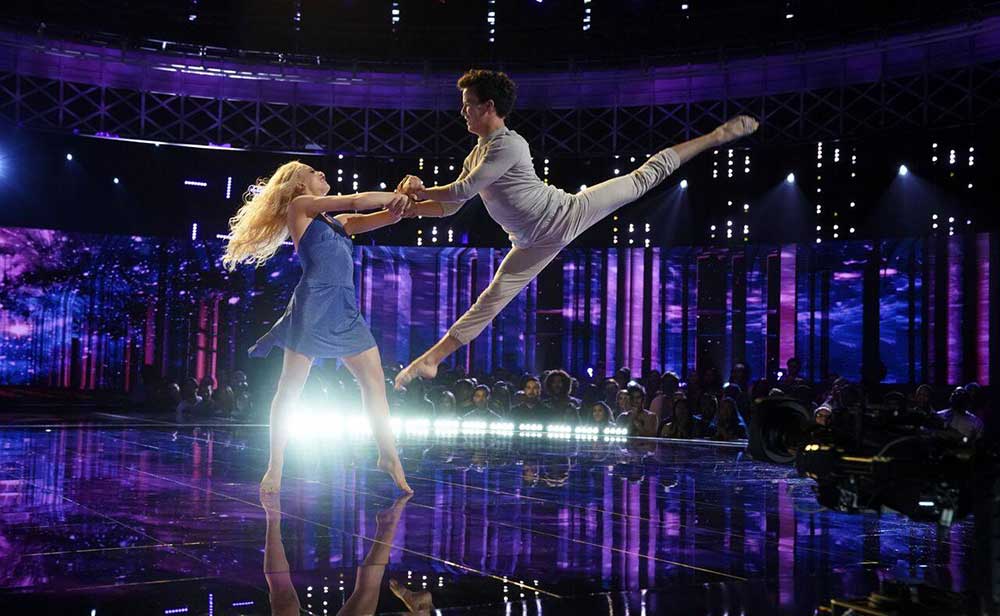 Charity Anderson and Andres Peñate, contemporary dancers from Utah County, advanced to the Duel round on “World of Dance” Tuesday night. (Photo courtesy of Charity and Andres Facebook)

They danced, they flipped and, at times, it seemed as though they floated. Utah County dancers Charity Anderson and Andres Peñate advanced to the next round of “World of Dance” Tuesday night.

Dancing to James Arthur’s “Say You Won’t Let Go,” the duo danced a contemporary routine that earned them a 95.3 out of 100. Competitors need to score an 80 in order to advance to the Duels, the second round of competition on the show.

“Honestly, could you be any cuter? And when you dance, you’re so beautiful,” said Jennifer Lopez, one of the judges on the show. “It was like one person. It was like you were extensions of each other. It was so magical. A partnership is so hard to find in life, in work, in dancing — and you guys have it. You have magic.”

Anderson, who recently graduated from Springville High School, started dreaming of being on “World of Dance” after watching the first season of the show. She contacted Peñate, her former ballroom partner, and asked if he would like to audition with her. Together they created a vision board and started working towards their goal. They even tried to imagine what it would be like dancing on the World of Dance stage by setting up judges’ seats and placing stuffed animals there to represent the judges.

“If ‘World of Dance’ was a class, I think we’d be getting an A+ because we’ve been doing so much research and so much homework,” Anderson said prior to their performance on the show.

“Yeah, we got the extra credit in,” Peñate added.

And the imagining and dreaming paid off. Their contemporary routine received a standing ovation from the judges.

“This is what one-million dollar contemporary looks like,” said judge Ne-Yo.

There are five rounds in the show: Qualifiers, Duels, The Cut, Divisional Final and the World Final.

The duo aren’t the only competitor with Utah County ties. Last week, American Fork contemporary dancer Jaxon Willard made the judges cry on his way to advancing to the Duels. Orem-based ballroom team The Pulse will also compete in the Qualifiers round on “World of Dance” on a different Tuesday.