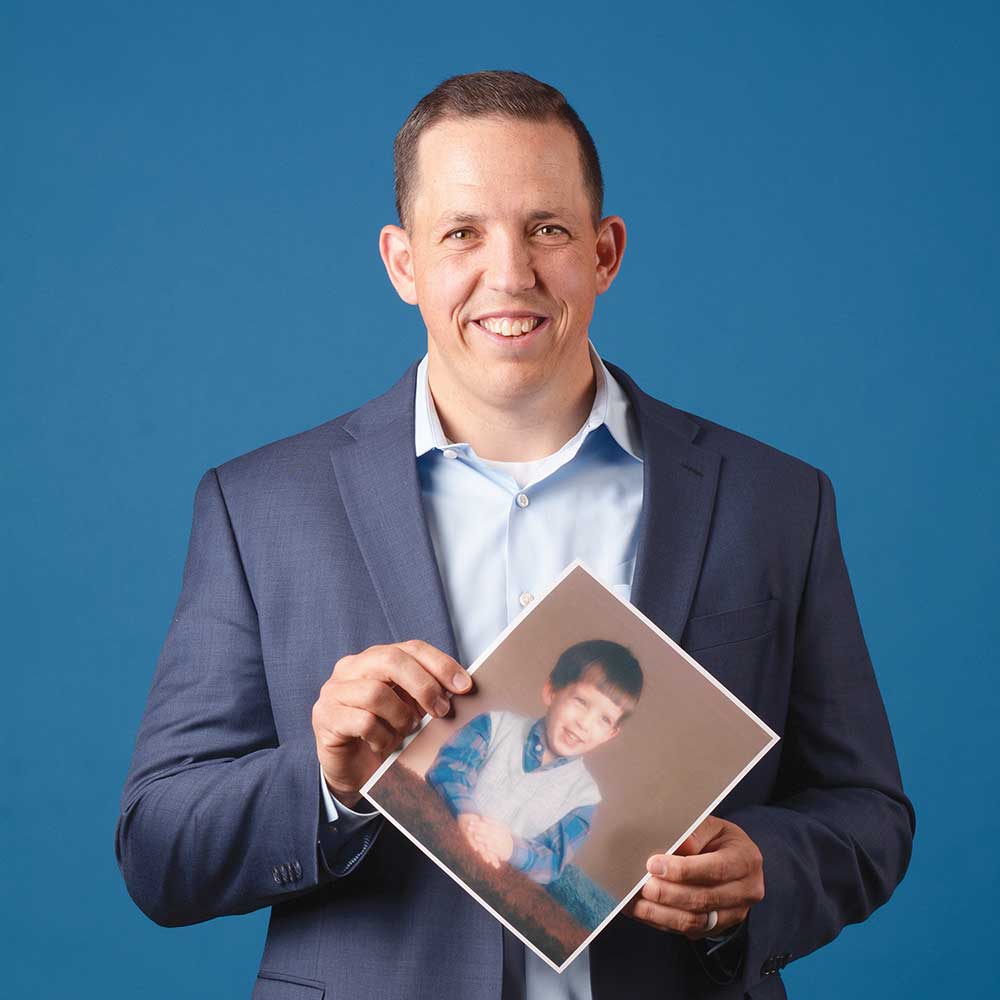 Ad About You After studying advertising at BYU, Adam Stoker worked as an account manager at local agencies. He then moved to St. George-based Sorenson Advertising, which he was instrumental in growing from $1 million in revenue in 2011 to $8 million in 2016. Two years ago, Stoker and his partners purchased Sorenson, moved the company to Provo, and rebranded it to Relic. What’s old is new again.

Growing Up “I was loud as a kid, which might not surprise a lot of people. I was also an organizer and became the bridge between different groups of friends. I loved sports, so I would get kids together to play baseball, football and basketball.”

School of Thought “As a student, I was brilliantly mediocre. I had a 3.8 GPA until I moved to Utah, where I learned that you could leave class without getting in trouble. One day after class, some of my friends invited me to go get breakfast, and that was the end of my 3.8 GPA.”

Hindsight is 20/20 “I used to be very critical of my account manager; I always thought I could do things better. When I became an account manager at Sorenson Advertising, the lightbulb turned on and I realized that not only was the job harder than I thought, but also that I was more difficult of a coordinator than the person I had criticized. I would have given my managers more credit because they were all pivotal in helping me get where I am today.”

A Visionary Is “There’s having a vision, but then there’s actually implementing that vision. Being a visionary is only half of it.”

Ultimate Vision “In five years, I see myself as president/CEO of an agency generating $20 million in annual revenue. My ultimate dream is to get to the point where I can have season tickets to BYU sports and the Utah Jazz, play golf as much as I want, and travel the world with my wife.”