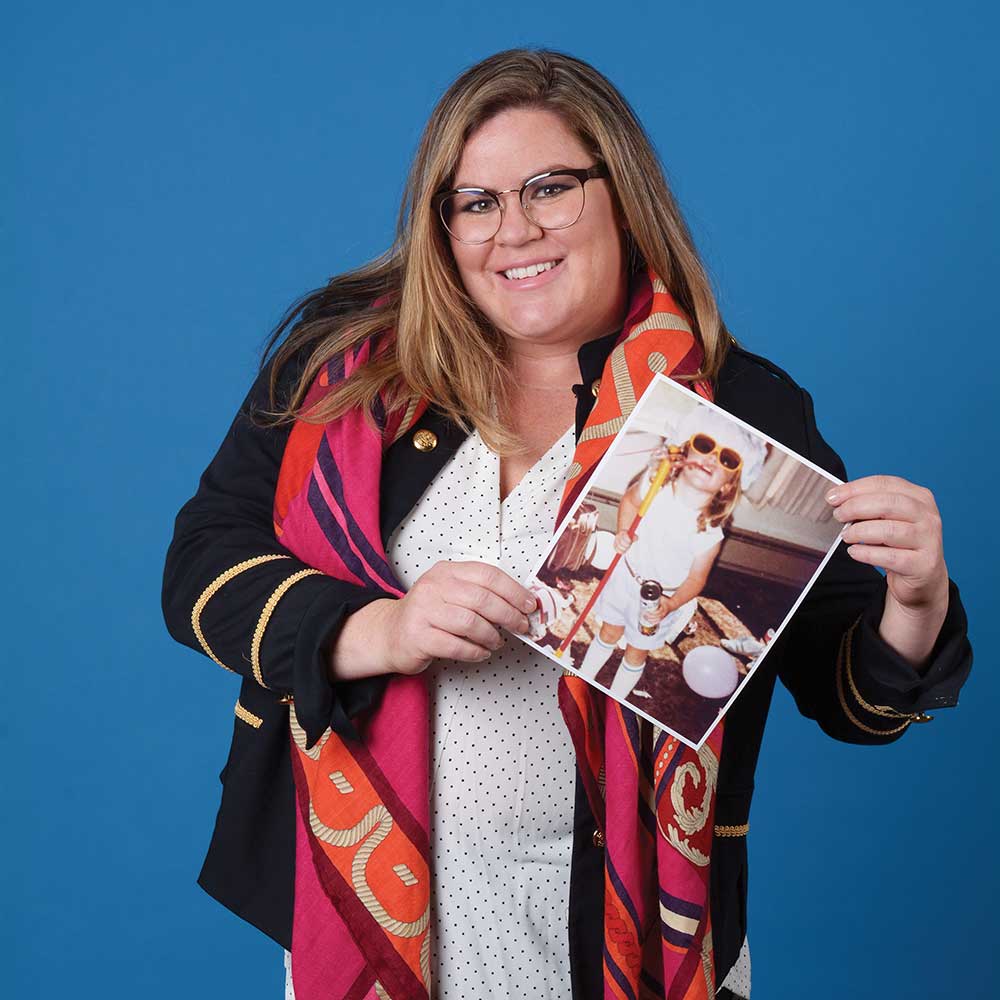 The Big Time What do you get when you mix the Women’s March, major industry awards, hot-to-trot companies, and Betty White? Why, that would be Big Monocle’s founder, Amy Stellhorn. The design powerhouse was just 19 when she landed a job with Neumeier Design Team in Palo Alto — and, as her colleague once described her, she was like “Athena who sprung to life fully formed.” Today, the goddess is running her own design agency in Utah Valley, while national pubs like Fast Company write about it. Plus, she’s landing a red-hot client list, working with national treasures like Betty Flipping White, helping launch the Sego Awards with fellow honoree over there Trent Mano (high-five!), and designing the impactful logo for the Women’s March — a global movement reaching all seven continents. P.S. Stellhorn’s childhood birthday photo —where she’s wearing all of her presents, including a shower cap — wins all the awards.

Childhood Vision “When I was young, I didn’t have a vision beyond being a wife and mother. It wasn’t until I went to college and discovered I had the skill and passion to be a designer that I started to imagine myself with a career.”

Growing Up “I was full of big ideas and organizing all the other kids.”

Eye On The Prize “I’m most proud of creating the Women’s March logo. We volunteered our time and went head to head with big agencies — it was an all-hands-on-deck effort. Our work was chosen and brought a strong visual symbol to a movement where more than 5 million people worldwide marched for equality, justice and human rights.”

Clearing The Mind “Singing. We turned our theater room into a karaoke theater and it’s the best.”

A Visionary Is “Stepping out into the darkness, following wisps of ideas, and daring to speak something into existence.”

Ultimate Vision “Use my skills to help people design their lives in a way that is magical and effortless.”