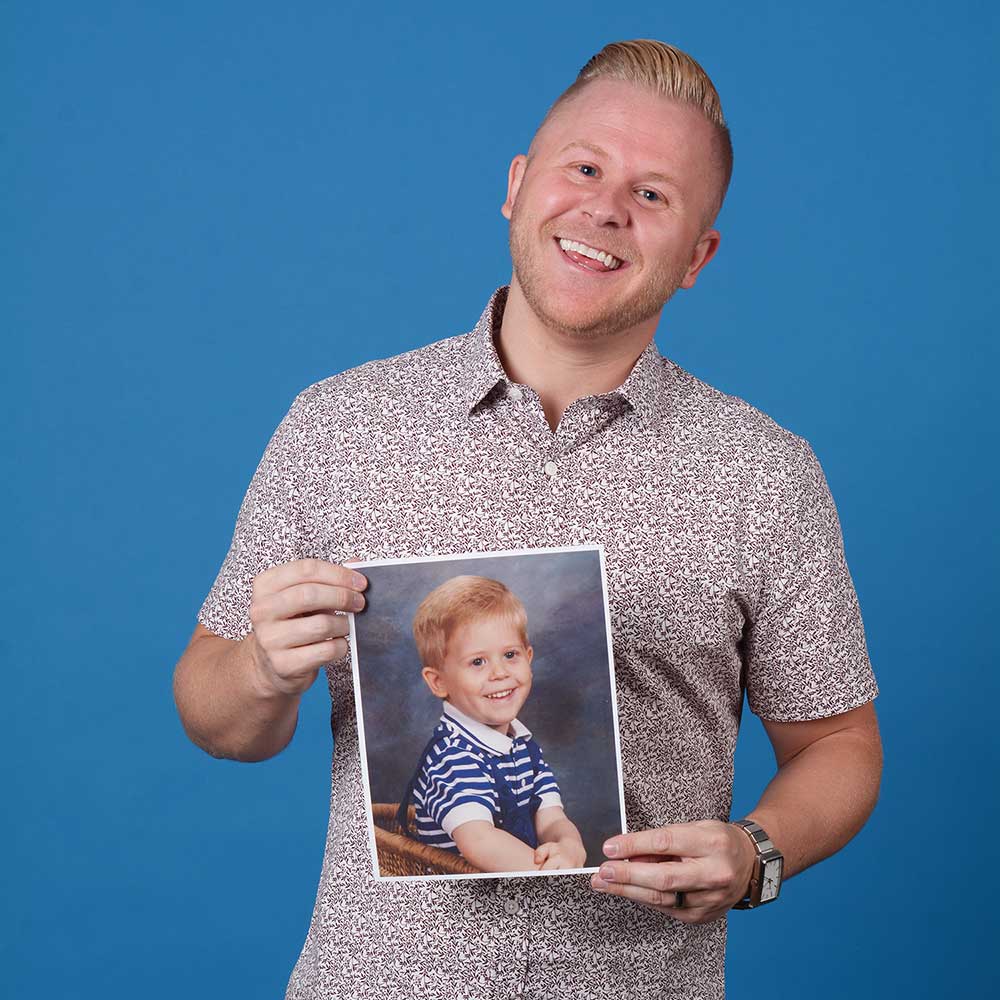 A Star is Born Let’s talk Clint Pulver — the talk (and drummer!) of our town. Pulver is one of the most sought-after keynotes in the land, as he speaks to thousands of business leaders on the importance of connecting generations, mentorship in the workplace, self-discovery, and striving for true significance in life. Pulver is also an actor (we’re talking Saturday’s Warrior, people!), and was a true leader at UVU (the university recently gave him the distinguished Young Alumni Award). During his time as a Wolverine, Pulver was a Presidential Leader, UVU Ambassador, UVU Student Body Vice-President, and founder of the Greenman Group, UVU’s popular drumline. You might even say he talked a green streak. *Rimshot*

Childhood Vision “I wanted to run away with the circus and work with the animals. I also wanted to be a helicopter pilot. I quickly realized I was allergic to ALL animals with fur, and I also had a rare eye disease that prevented me from flying professionally. I figured it was God’s way of saying, ‘Nope! I have other things I need you to do.'”

Growing Up “I had a huge imagination, and I loved building and creating things. I was always being told to slow down/sit still. “

Clearing The Mind “Playing drums and rocking out to Def Leppard.”

A Visionary Is “Someone whose ideas come from the heart and are not restricted by the limitations of our brains.”

Out Of Sight! “In February, I bungee jumped off the Victoria Falls Bridge in Zimbabwe — one of the largest free-fall bungee jumps in the world!”