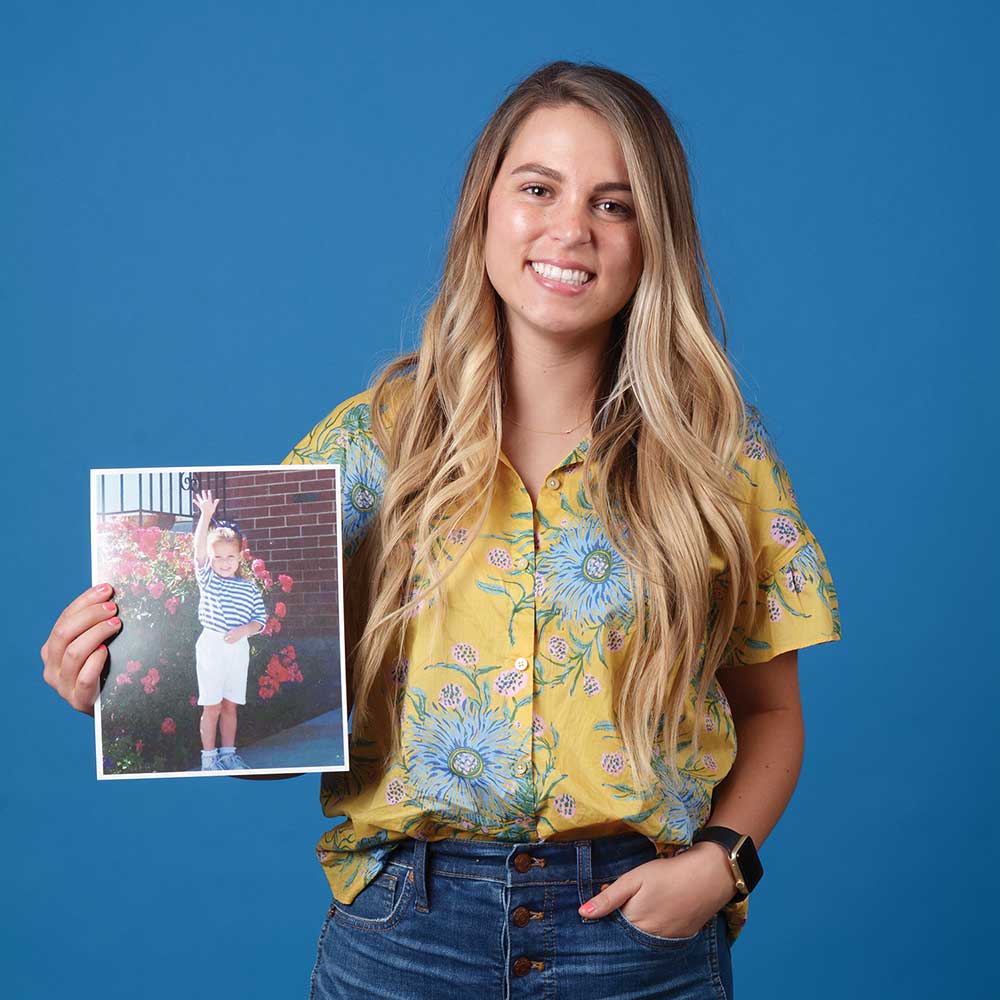 In the Bag Oh, baby! The Fawn Design leather diaper bag has become the talk of moms and the heart of Instagram — and it all started when founder Jenny Wecker designed and made a diaper bag for a friend. Then, her friend’s friends all wanted one. And in no time, her friend’s friends’ friends all wanted one. So a year later, Wecker launched a Kickstarter and raised $42k in 15 days. Since then, she has grown the company into a multimillion-dollar lifestyle brand, won fastest-growing company at the Sego Awards (which honors Utah’s standout female founders and CEOs), and catapulted the company’s Instagram following to more than 200,000. She also created the #fawnypack, which must make that hand-raising little girl from the ’90s proud.

Childhood Vision “A fashion designer or a paleontologist.”

Growing Up “I was pretty bossy. I always spoke my mind.”

School of Thought “I was a C student. I struggled in school, but I did really well in creative things. I actually only went to one year of college. I hope to go back in the future.”

Clearing The Mind “Playing with my two daughters and rollerblading.”

A Visionary Is “A future thinker! They’re always one step ahead of everyone else — but not worrying about what anyone else is doing.”

Out Of Sight! “I once camped out before a concert so I could be front and center. It was for my favorite band, The Dave Matthews Band. It paid off when I got a drum stick from the drummer!”

Ultimate Vision “I go back and forth on whether I want to sell my business or be part of it forever. I feel so lucky that so many dreams I’ve had early on have come true. Right now I would love to collaborate with Disney or another really rad company.”