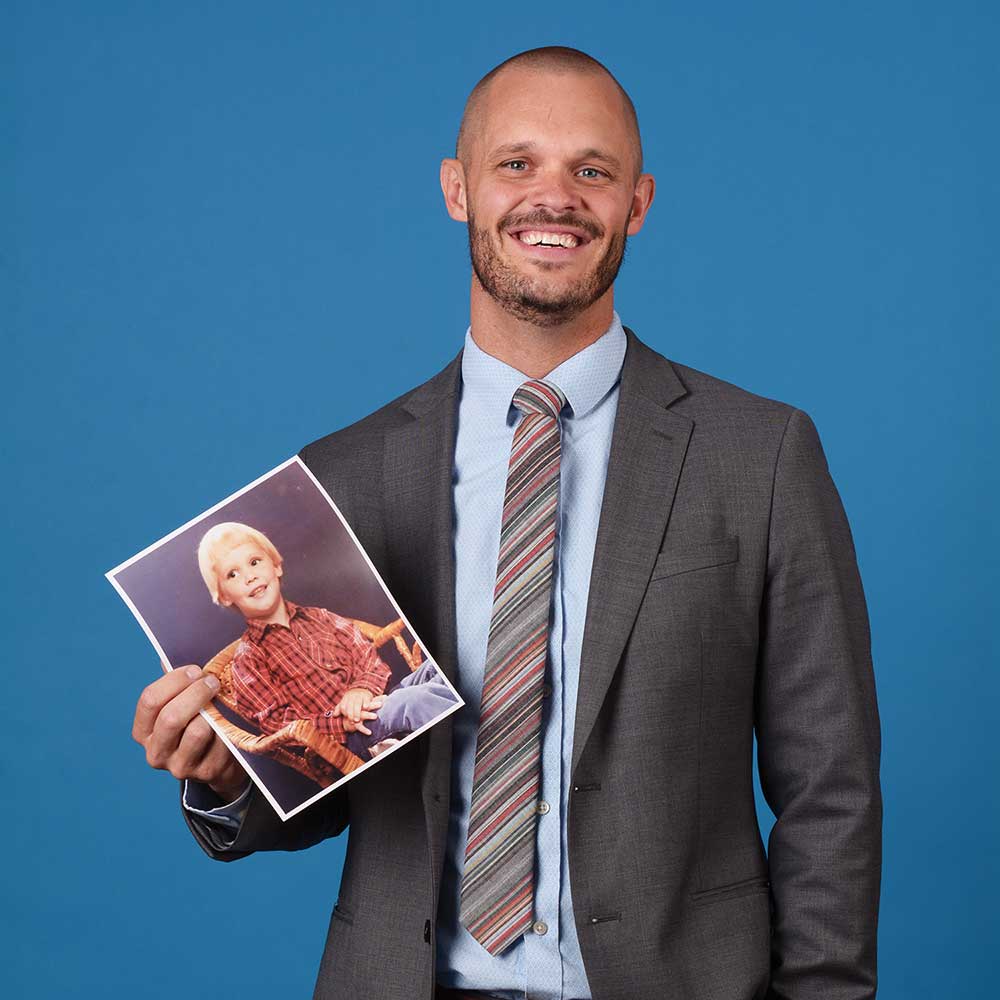 It’s the Law Peter Reichman was supposed to be a doctor. His father and grandfather are both neurosurgeons — and so Reichman did as doctor families do and received a bachelor’s degree in neuroscience at BYU. He then started a master’s degree in public health, but it was during that educational endeavor that the career pivot came. Reichman found the law, graduated from BYU law school in 2014, and joined the prominent team at Fillmore Spencer a year later.

Childhood Vision “Doctor. An attorney was the furthest thing from my mind probably up until the day I passed the bar and it became reality.”

Growing Up “My siblings accuse me of being the favorite child and the one who could never do wrong in my parents’ eyes. My mom tells me I was not happy to be in this world until I was a toddler.”

Eye On The Prize “I graduated law school four years ago and have been working as an attorney for that amount of time. The thing I am most proud of is landing at Fillmore Spencer. I feel as though I have found a law firm full of mentors who are the kind of attorneys I want to be when I ‘grow up.’”

Clearing The Mind “I have two very active boys who need a lot of attention when I get home. That usually does it. If it doesn’t, a glass of milk and a sleeve of double stuffed Oreos will usually do the trick.”

Out Of Sight! “I built a school in the middle of nowhere in the Philippines. At the time it didn’t seem like a big deal, but it was one of the biggest learning experiences of my life.”

Ultimate Vision “I hope I’m right where I sit today. Of course, I would hope that I am a little wiser, a little smarter, and a little better of an attorney. But why fix something what isn’t broken? I love where I’m at, I love the people I work with, and I love helping our clients with legal issues in a manner I can always be proud of.”