6 ideas to make you the fun mom this summer 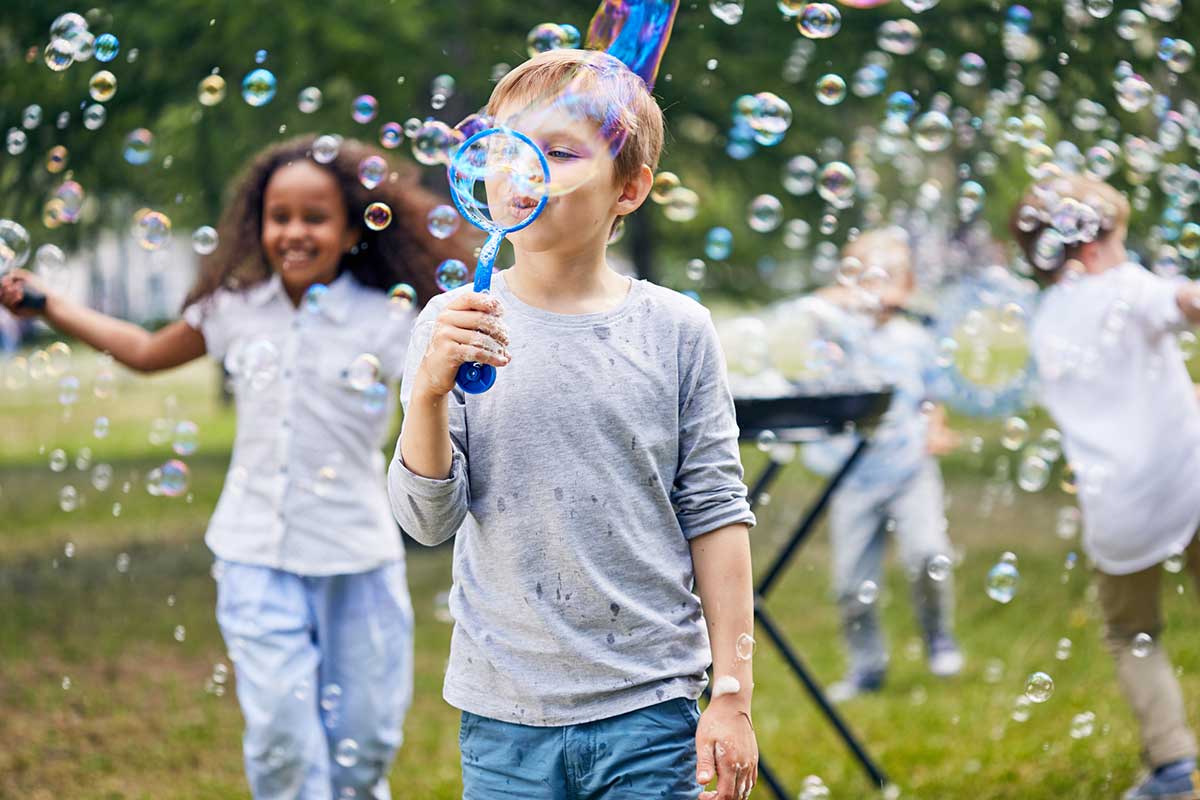 In theory, you want to be a fun mom who lets the kids make slime anytime they ask, always hosts night games and gives your teenagers and their friends free reign on the pantry. In reality, you can hardly bear the thought of another unplanned trip to the store to buy supplies for said slime, supervising anything after 10 p.m. sounds exhausting, and you aren’t sure what to feed a pack of teenagers that won’t make you go broke. Is it possible to bridge the gap between theory and reality and be the fun mom this summer? Mother-of-six Maria Eckersley says yes.

“If you have the right mindset, it’s easy to be fun in almost any environment,” says Eckersley, who blogs at MeckMom.com. “My goal is to be the house that people want to bring their friends to and that their friends want to come to.”

Because she has six kids, taking everyone and their friends to Lagoon or to the movies is out of the question. But Eckersley says its possible to be the fun mom with a little structure and preparation. Try one of her six ideas for activities that will be a hit with your kids:

Fun starts with structure. “It’s hard for me to be in the mindset of a fun mom if the house is in chaos,” Eckersley says. Charts for daily jobs, kitchen jobs and Saturday jobs help keep her household with six kids ages 5-18 running smoothly. To make it fun, she has jobs like “DJ of the week,” to pick the playlists, and “The Movie Man,” who gets trump when it comes to picking out the Friday night movie. “It’s a way to stop fights before they start, but it’s also something they look forward to.”

Keep a big bin of cheap but entertaining toys on-hand at all times. Eckersley has a big bin in her office filled with items she can pull out and be the hero of the day. About once a month, she goes to the dollar store and stocks up on glow sticks, popcorn, bubbles, Play-Doh and stuff for older kids, too.

“I’m proactively thinking about that all the time, whenever I’m grocery shopping, I look for fun things I can stock up on,” she says. “I prefer for the items to not be expensive because I don’t want to be stressed about all the pieces coming back.” Instead of thinking only about the cost, she thinks about the fun factor — “did I get $20 of fun out of that?”

“I see the stuff I’m buying as an investment. I can’t take six kids anywhere out of the house for less than $20, not even a dollar movie, so if it’s $20 and it entertains them all day then I’m not sad if it breaks,” she says. A few of her favorite stock-up items:

Visit Eckersley’s blog for more ideas and links to her Amazon shop.

Party rental shops aren’t just for corporate events and family reunions. Once or twice a summer Eckersley will rent something impressive like an inflatable movie screen or giant inflatable challenge course. “We set it up in the backyard and invite all their friends over for an older-kid night party,” Eckersley says.

Local companies such as Canyon Party Rentals in Lehi (Eckerlsey’s recommendation) rent everything from cotton candy machines to inflatable waterslides to bubble balls to sumo wrestling suits to black lights. Most rentals are $50-$150, which can end up being a really affordable way to wow a crowd. BYU’s Outdoors Unlimited also rents inexpensive group games, such as giant Twister, a massive tug-of-rope or a slackline.

It can be expensive to feed kids and their friends, especially if you have a big family and teenagers. But with a little creative thinking you can pull it off. Eckersley’s work-around is to have cereal parties instead of pizza parties.

“For $20 in cereal and milk I can feed 20-30 kids,” she says. “It’s different and the kids think it’s cool because it’s weird.” She always has the supplies for root beer floats and rice krispie treats on hand and a stash of otter pops. “I always like to have something to feed them, but we have a rule that friends go home for lunch and dinner,” she says.

It’s hard to stay in “fun” mode when you take your kids out on an adventure, say floating the river, only to have one or more children chicken out. Eckersley encourages her kids to be brave by using what she calls “fear factor points.” She’ll offer them a few fear factor points to jump off the high dive or try a new roller coaster, and they can redeem every 10 points for a trip to the gas station for a treat (usually a giant slushy). “I’ve found that little system makes my kids so much more adventurous,” she says.

6. Keep a stash of supplies in your vehicle.

Fun can’t always be planned, so Eckersley keeps a stash of sunblock, bug spray, granola bars and water bottles in her van so she is always ready for spontaneous hikes and other outings.