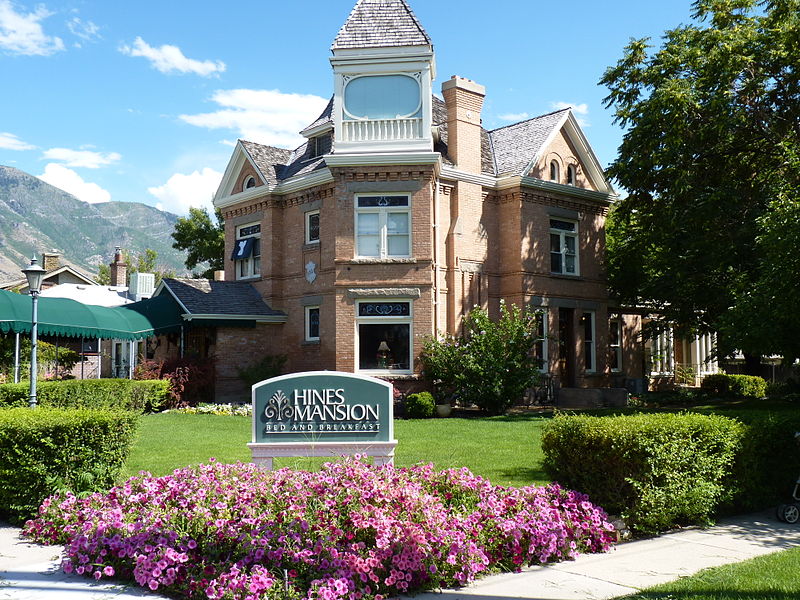 “Oh, they say when you marry in June you’re a bride all your life” — or, at least, you can celebrate your nuptials every time “spring, spring, spring” rolls around.

If you’re one of the June brides who celebrates her anniversary this month, it’s not too late to plan your romantic getaway. Here are seven anniversary destinations close to home that you can squeeze into one of this month’s remaining weekends.

The Hines Mansion in Provo was first built in 1895, when Russell and Kitty Hines made it their home. Since those beginnings as one of Provo’s most impressive houses, it has acted as apartment house, restaurant, antique shop and more. When the home turned 100 years old in 1995, it became a bed and breakfast. Since then, it has remained a popular spot for a weekend away.

Each of the inn’s nine rooms has its own theme, and many house two-person jetted tubs. Guests can also choose from several special amenities, including flowers, chocolate-covered strawberries and bath bombs. Learn more about Hines Mansion here.

If your style tends to be less quaint-and-cozy and more — well — grand, then the Grand America in Salt Lake City might be more your speed. The 24-story hotel hosts both suites and regular rooms, each decorated lavishly. The hotel features original art, Italian marble bathrooms and floor-to-ceiling windows with views of Salt Lake City. Learn more about Grand America here.

We’re going to state the obvious here, but if you’re looking for an inn where you can spend your anniversary, you can’t go wrong with the Anniversary Inn.

Each room in the bed and breakfast — which has locations in Salt Lake City, Logan and Boise — has a theme and is decorated with attention to detail. If you want that exotic feel without paying for airfare, a stay in the “English Countryside” or “Cape Cod” suite might just do the trick. Learn more about Anniversary Inn here.

Like the Hines Mansion, the Castle Creek Inn in Sandy was originally built as a residence and today serves the community as a bed and breakfast. The property has amenities including a 24-hour snack bar, in-room fireplaces, a two-person jetted tub in each room, mini fridges and more. Learn more about Castle Creek Inn here.

The Homestead Resort in Midway began as a literal homestead — the home of Simon and Fanny Schneitter, who emigrated to Utah from Switzerland. But when they discovered a large rock crater filled with warm mineral water in 1886, the Schneitters began entertaining guests who came to see the hot pot.

The Kimpton Hotel Monaco Salt Lake City is a grand, dramatic destination for staycations and out-of-towners alike. The rooms are stocked with high-quality amenities and are decorated with the Monaco’s distinctive rebellious flair. But the Monaco is more than just a great place to sleep — it is also home to award-winning restaurants Bambara and The Vault. Learn more about Monaco Salt Lake City here.

When you hear “Sundance Resort,” your first thought might not be “anniversary destination.” The area is admittedly more famous for the Sundance Film Festival, the Sundance Institute, the skiing it offers or its famous founder, Robert Redford. But that doesn’t mean that the resort isn’t a perfect staycation destination for Utah County locals.

The Sundance Resort sits on the back of Mount Timpanogos, making it an ideal place for a weekend away. The picturesque views, daily yoga and meditation classes and top-of-the-line amenities make staying home for your anniversary feel like a luxury. Learn more about Sundance Resort here.