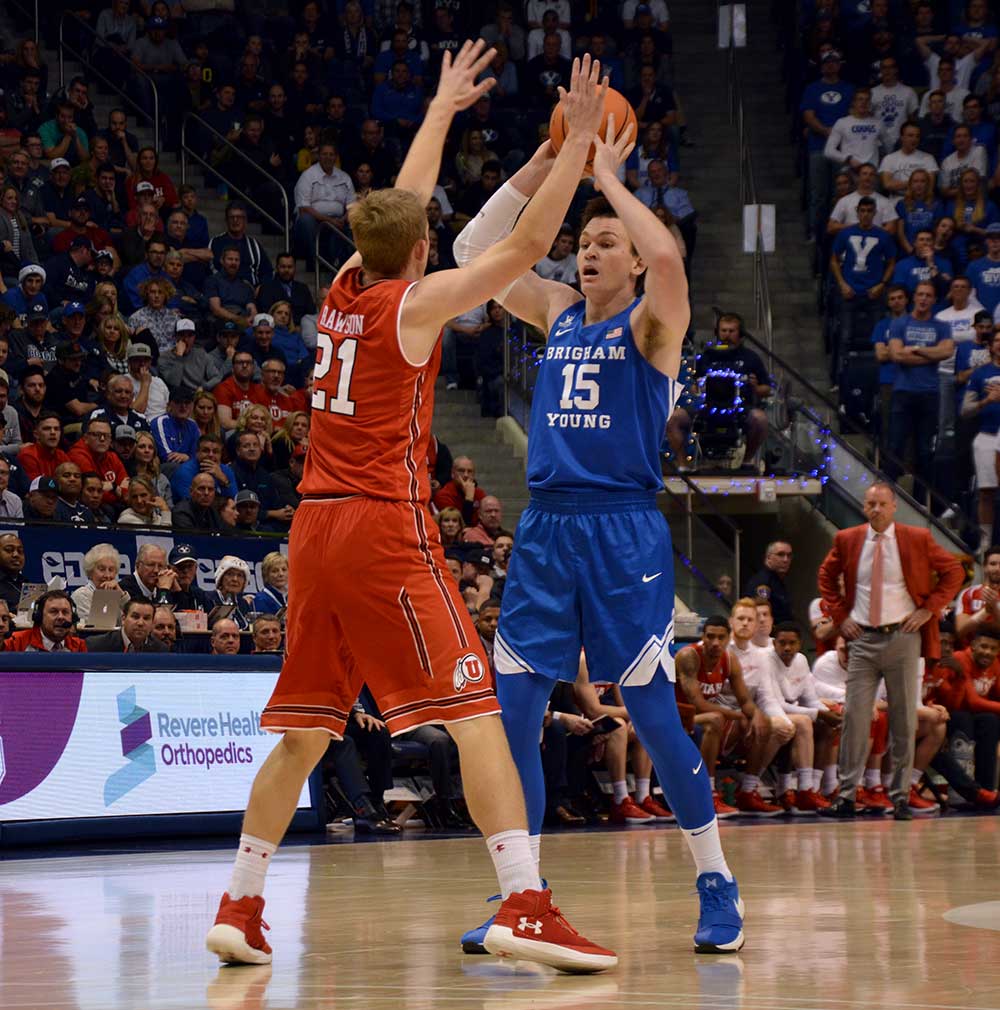 BYU forward Payton Dastrup plays in a game against the University of Utah in the Marriott Center on Dec. 16, 2017. (Photo by Rebecca Lane/UV360)

Former BYU basketball forward Payton Dastrup has decided to transfer to Oregon State University, Dastrup announced on Instagram Monday night. He announced he would transfer from BYU in May.

Dastrup, a 6-foot-10 forward from Mesa, Arizona, played for the Cougars for two years. He has two years of eligibility remaining.

With much consideration, and pondering, I have decided to commit to Oregon State University to further my career as a student athlete. I want to thank my Heavenly Father for blessing me with this amazing opportunity, my family for supporting me in this decision, and all those who have been behind me since day 1. I can’t wait to start this next chapter in life, and see where it takes me. Go Beavs!!🧡🖤

As a sophomore in 2017–18 Dastrup averaged 3.3 points and 1.8 rebounds while shooting 52.0 percent from the field and 43.3 percent from 3-point range. Dastrup posted season highs of 14 points, six rebounds, three blocks and two steals.

Dastrup was the second player to announce he will not be returning to the BYU basketball team for the 2018–19 season. Guard Elijah Bryant hired an agent in April and entered the 2018 NBA Draft, in which he went undrafted last week.