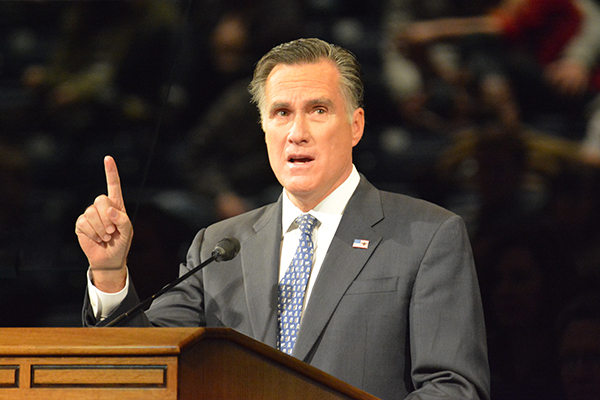 “It looks like our team won the primary, and we understand at this point there were a record number of people who voted in this primary,” Romney said at his election night party in Orem. “I want to thank the 62,000 people who signed the petition to get my name on the ballot and the 5,700 people who volunteered to campaign with me.”

Romney’s looking forward to the rest of the campaign for the seat now held by Orrin Hatch, and said he’d be debating with his Democratic challenger Jenny Wilson. But he’s confident he’ll win the general election. “I expect a Republican is going to Washington again to represent our great state.”

He also spoke about Utah values, welcoming immigrants and refugees who come to the U.S. legally, and caring for veterans. “I will do everything in my power to keep America strong and also make sure the example I set as a leader is consistent with the values of the state and the great founding values of the United States of America.”

Curtis again faced former Utah legislator and Republican Chris Herrod for the 3rd Congressional seat, which Jason Chaffetz held until about a year ago. But unlike last year, when Herrod didn’t concede the race for days after the election, he admitted defeat shortly after polls closed.

“Thank you voters!” Curtis wrote on Twitter. “With your support we have won the Republican primary! I’m honored to be selected again as the GOP nominee for Utah’s 3rd Congressional District.”

Utah County published its final Election Night results at 8:26 p.m., but it will continue to update the numbers as it counts additional ballots in the coming days. Other counties were still counting at 10 p.m. Here are preliminary election results: