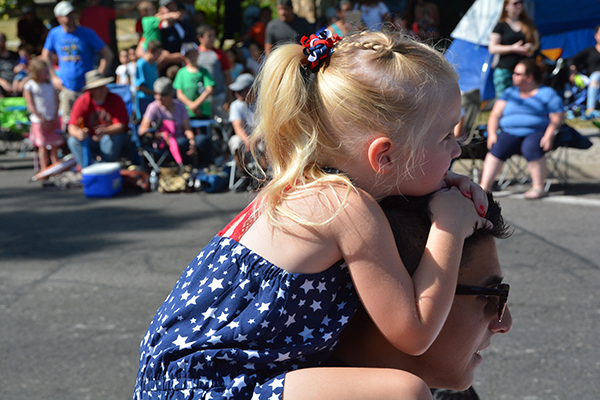 Children can be part of the parade during the Freedom Festival’s Children Parade on Saturday, June 30. (Photo by Rebecca Lane/UV360)

Summer lovin’ happened so fast in Utah County. With the first month of summer vacation flying by, the valley is overflowing with fun-in-the-sun activities. Here are five weekend events to have you a blast:

Before the Freedom Festival’s Grand Parade rolls around on July 4, the Children’s Parade in marching around town. Parade participants line up between 9:30 and 10:30 a.m. to prepare for the patriotic processional at 10:30 a.m. The parade begins at 800 E. Center Street and ends at 200 E. Center Street at the state and county complex in Provo.

Be My Neighbor Day

Inspired by the children’s program, “Mister Roger’s Neighborhood,” and his mother’s advice to “look for the helpers,” KBYU is hosting a “Be My Neighbor Day.” This family event will celebrate firefighters, doctors, nurses, police officers, teachers, farmers, mail carriers and members of the armed forces. Plus, children can meet Daniel Tiger and Katerina Kittycat; explore fire engines, postal trucks and police cars; and participate in games and crafts.

LEGO to BrickSlopes. Walk through LEGO creations such as Star Wars, DC Comics, medieval castles knights, trains, city layouts and more. And vandalism is even encouraged on the “graffiti” wall.

Wride Memorial Park — which is named after Sgt. Cory Wride who was killed in the line of duty on January 30, 2014 — is almost officially open. On Saturday, Eagle Mountain is hosting a community picnic with a free hot dog lunch. The new phase of the park features a large splash pad, zip-lines, swings, numerous playground apparatus, pickleball, basketball and tennis courts. Plus, at 12:15 p.m. there will be a fireworks display to signify the splash pad and play spaces opening.

Launching off the week of red, white and blue, the American Freedom Festival is hosting it’s annual Patriotic Service on Sunday. This year’s keynote speaker is Stephen W. Owen, Young Men General President for The Church of Jesus Christ of Latter-Day Saints. Besides the keynote speaker, the Patriotic Service will also include musical performances by the 23rd Army Band of the Utah National Guard and sensation Evie Clair, who was a finalist on the last season of “America’s Got Talent.”