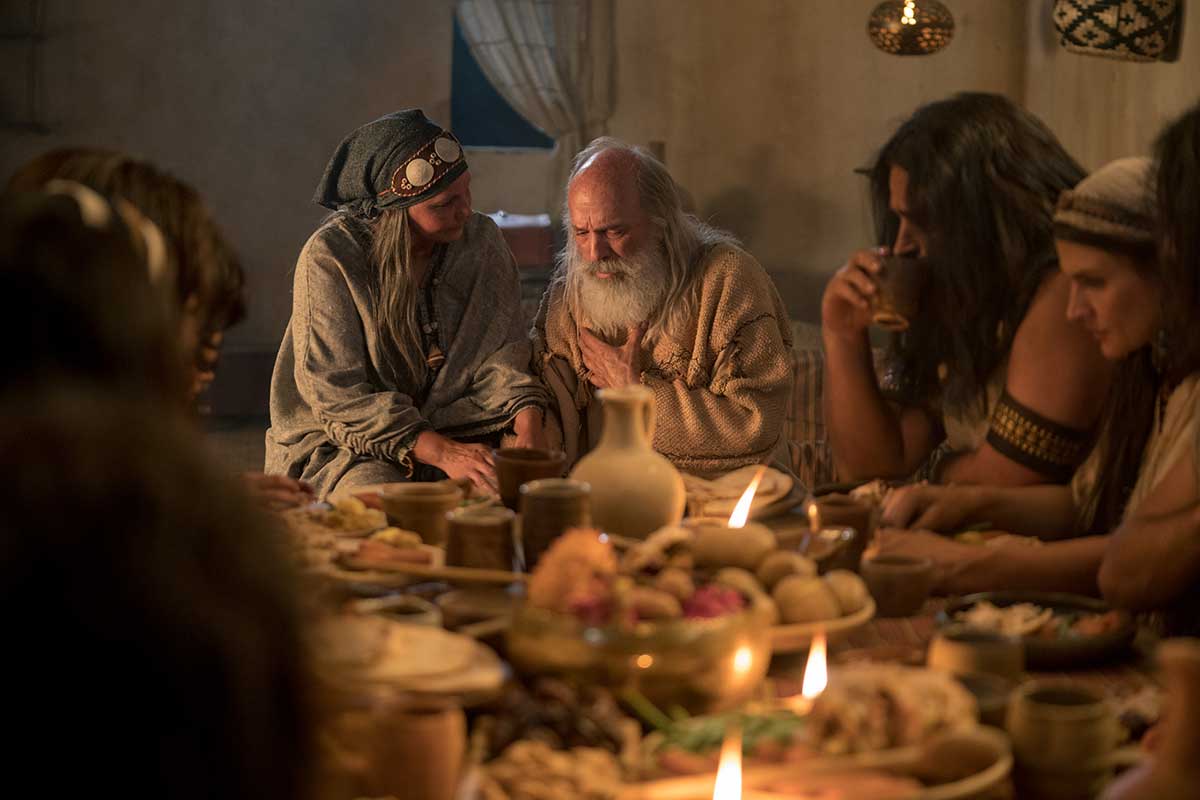 Lehi (Rick Macy) and his family gather at dinner as his wife, Sariah (Kymberly Mellen), comforts him on set near Springville, Utah during filming of season two of the Book of Mormon Video Library project, Wednesday, June 13, 2018. (Photo courtesy of LDS Church)

The Church of Jesus Christ of Latter-day Saints has wrapped up filming on the second season of its Book of Mormon videos.

While the first installment of the Book of Mormon videos — which was filmed last summer — tell the stories shared in 1 Nephi 1–18, the second season continues Lehi’s family’s story as well as introduces other ancient prophets, including Jacob and Enos.

“What we are producing through the videos and the still images that are being captured are tools that can be used in helping to introduce people to the Book of Mormon,” said Elder LeGrand R. Curtis Jr. of the Seventy, who heads up the project’s steering committee, in a press release.

During the first season, the cast and crew primarily filmed in Goshen, Utah. The second season was filmed up Hobble Creek Canyon near Springville, Utah; the sets were organized to depict settlements out of the Book of Mormon, including an ancient temple.

“The biggest difference between this season and last season is last season’s story is one long story. It was the story of Nephi’s journey,” said Aaron Merrell, senior producer on the project. “This season we have several different eras and characters.”

Jackson VanDerwerken, who plays Nephi, put on 15 pounds of muscle since the first season to depict the prophet who is known as being “large in stature.”

“When I auditioned I … weighed about 165 [pounds]. And I weigh about 180-ish now, and that’s kind of been steady,” VanDerwerken said in a press release. “I gained that weight in less than two months on a really strict regimen, one that I kept up, but also the weight gain was not purely the diet nor the working out, but [I] … certainly … had heaven’s help in it because there’s no way that I would’ve been able to gain that weight. So I give all that credit to God.”

For the second season, VanDerwerken, who is 18 years old, is depicted Nephi in his 30s. In order to age VanDerwerken for the role, he spends two and a half hours with the makeup crew to glue on his beard every day. 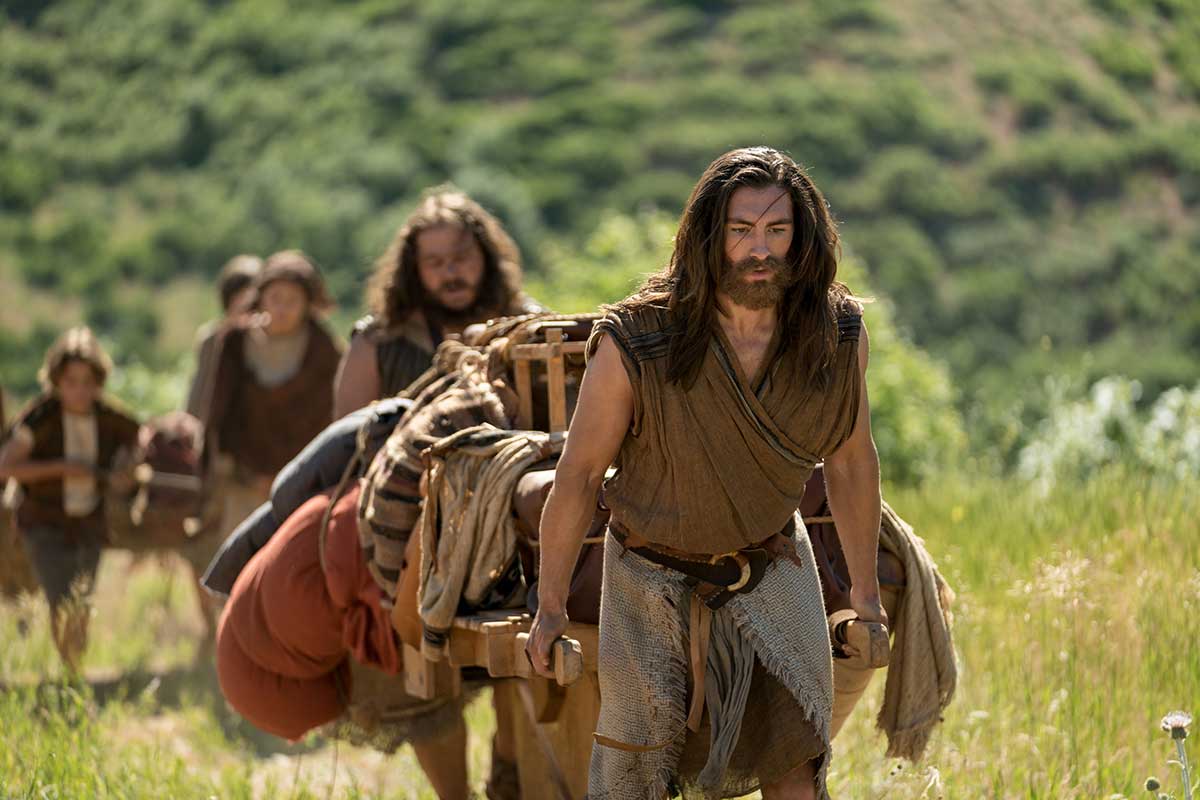 Nephi (Jackson VanDerwerken) leads his family through the wilderness during shooting of the second season of the Book of Mormon Video Library project on set near Springville, Utah, June 2018. Read about VanDerwerken’s experience portraying Nephi here. (Photo courtesy of LDS Church)

“What I’ve learned about Nephi is in the decisions he’s made. He had to trust in the Lord that that was the right thing to do,” VanDerwerken said in an interview with UtahValley360. “These videos really humanize him, and I believe I was cast as him because of experiences I have had that have allowed me to react to situations the way he would have reacted. I just trust that how I would act is how Nephi would have reacted. Of course, Nephi was a much more faithful person than I am, but he still is a man. He made the right choices at the right time. And that’s what we need to realize — that the big choice matter but also the little ones, too.”

The new videos will be similar to “The Life of Jesus Christ Bible Videos” that were completed in 2016. While the Book of Mormon series is being filmed in English, the videos will eventually be distributed in additional languages.

“What we’re trying to do are take key doctrinal scenes that will help to bring these characters to life and to illustrate the stories and the doctrines of Christ that the Book of Mormon teaches us,” said Bill Elliott, media director of the project, in a press release. “It’s another testament of Jesus Christ.”

The videos will be available on a new Book of Mormon Videos YouTube channel, LDS.org, Mormon Channel platforms and existing Book of Mormon and Gospel Library apps. In addition, casting needs are being posted online.