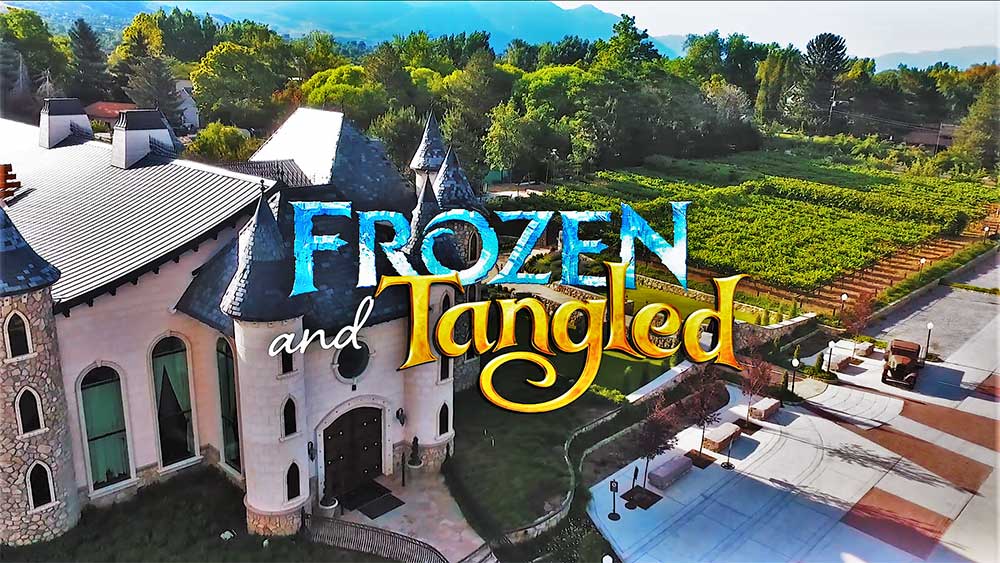 The YouTube video combines two Disney princess songs: “For the First Time in Forever” from “Frozen” and “When Will My Life Begin” from “Tangled.”

“As we were arranging, even we couldn’t believe how much we found these two characters had in common,” said Scott Shattuck in a press release. “And it was so fun to reimagine Anna as a male character for me to play.”

The video was filmed at Utah County’s own fairytale location, Wadley Farms, in Lindon, Utah.

“We knew we would have to find somewhere absolutely magical to film this mashup, and we had known about Wadley Farms after seeing it in BYU Vocal Point’s ‘Beauty and the Beast Medley,'” said Ryceejo Shattuck. “It had towers for Rapunzel and gorgeous scenery for Anna — it was perfect!”

In 2017, Scott and Ryceejo were in the running for CVX Live’s Next Big YouTuber and made it to the Top 30. Their mashup of “How Far I’ll Go” and “I Can Go the Distance” has more than 2 million views. Recently, the duo released their first album, which features 10 Disney mashups.