Home Featured OneRepublic, acrobats and stunts: 2018 Stadium of Fire had many tricks up its sleeves

OneRepublic, acrobats and stunts: 2018 Stadium of Fire had many tricks up its sleeves 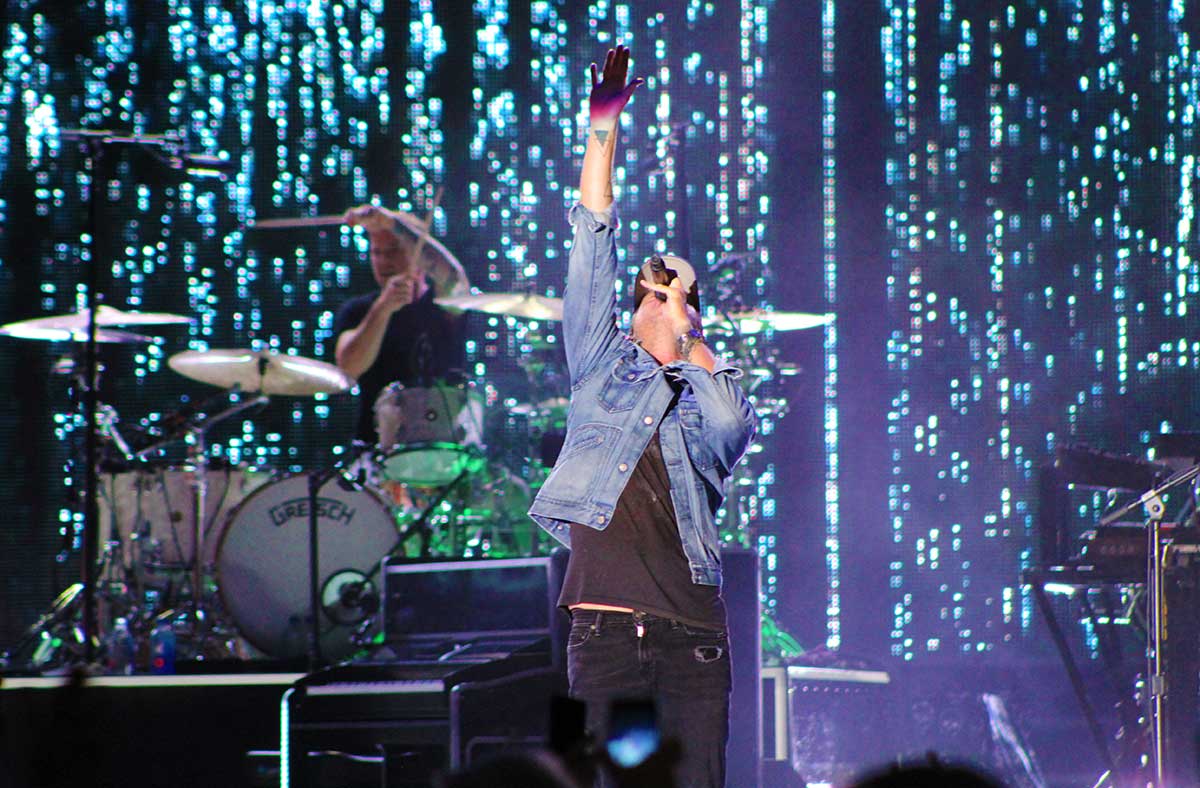 PROVO, UTAH – The 38th Annual Stadium of Fire has no need to “apologize” following the 2018 celebration, which was headlined by pop rock band OneRepublic.

With its largest crowd in the past 10 years, the Stadium of Fire welcomed performers with a variety of tricks up their sleeves. Besides singers OneRepublic, GENTRI and Lexi Walker, the American Freedom Festival celebration welcomed stunt specialists, aerial performers and more.

If you missed any of this three-hour show, watch the photographic tour below. 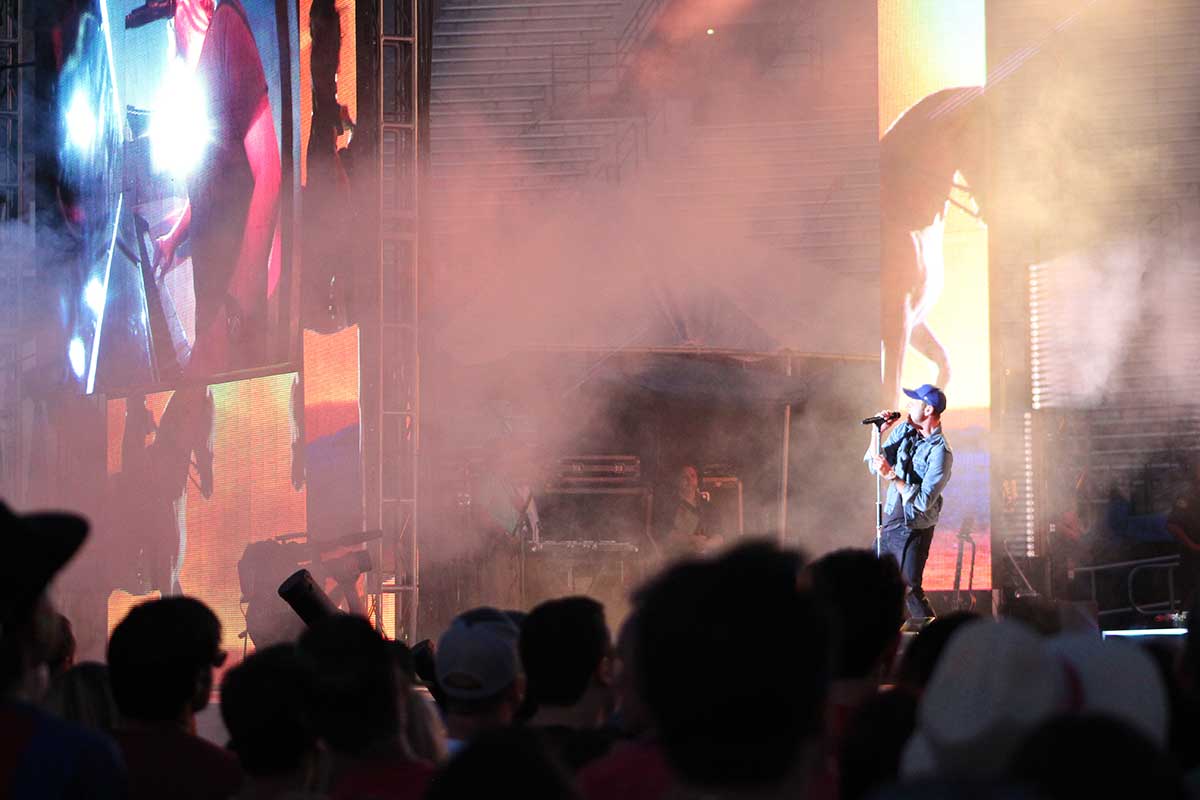 OneRepublic opened with two hit songs: “Love Runs Out” and “Secrets.” Lead singer Ryan Tedder shared his love for Utah because he feels like the first time he knew he was going to make it as a musician was during the band’s first concert in Utah. He also shared his appreciation for men and women who serve the United States of America.

“To risk your life means more than I can possibly imagine,” Tedder told the crowd. “We just do music for a living. Those are the real heroes.” “This is the most fireworks I’ve ever seen on the Fourth of July,” Tedder mentioned between songs as he observed fireworks launching outside LaVell Edwards Stadium. He continued joking that those fireworks were just the “appetizer” before the main fireworks show.

Onstage jokes wasn’t the only way Tedder connected with the crowd. During their performance of “Counting Stars,” Tedder left the stage for a stroll in the audience, even venturing to centerfield to high-five people in the stands. 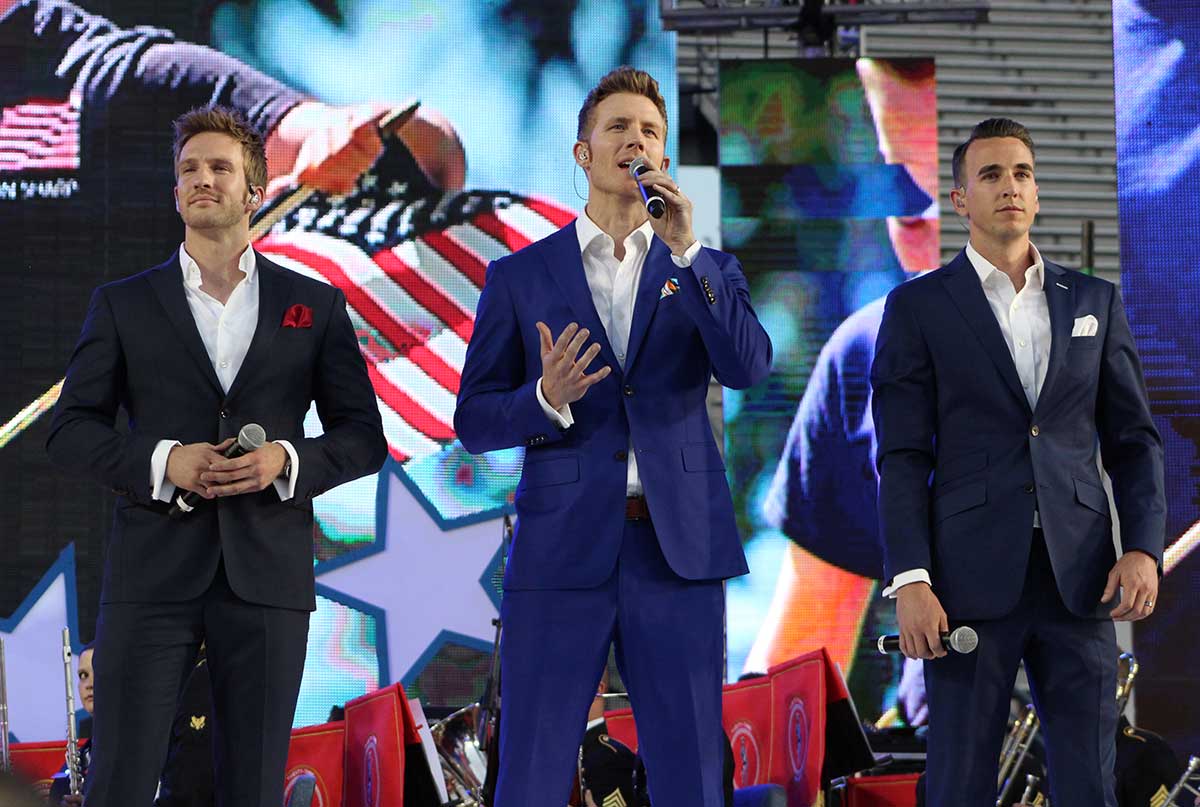 GENTRI, known as the gentleman trio, sang the national anthem at the beginning of the Fourth of July celebration. Then 16-year-old singer Lexi Walker joined the trio to sing a song honoring servicemen and women later in the program. As pictured above, GENTRI includes Bradley Quinn Lever, Casey Elliott and Brad Robins. Lexi Walker participated in the opening dance performance by singing one of the songs. 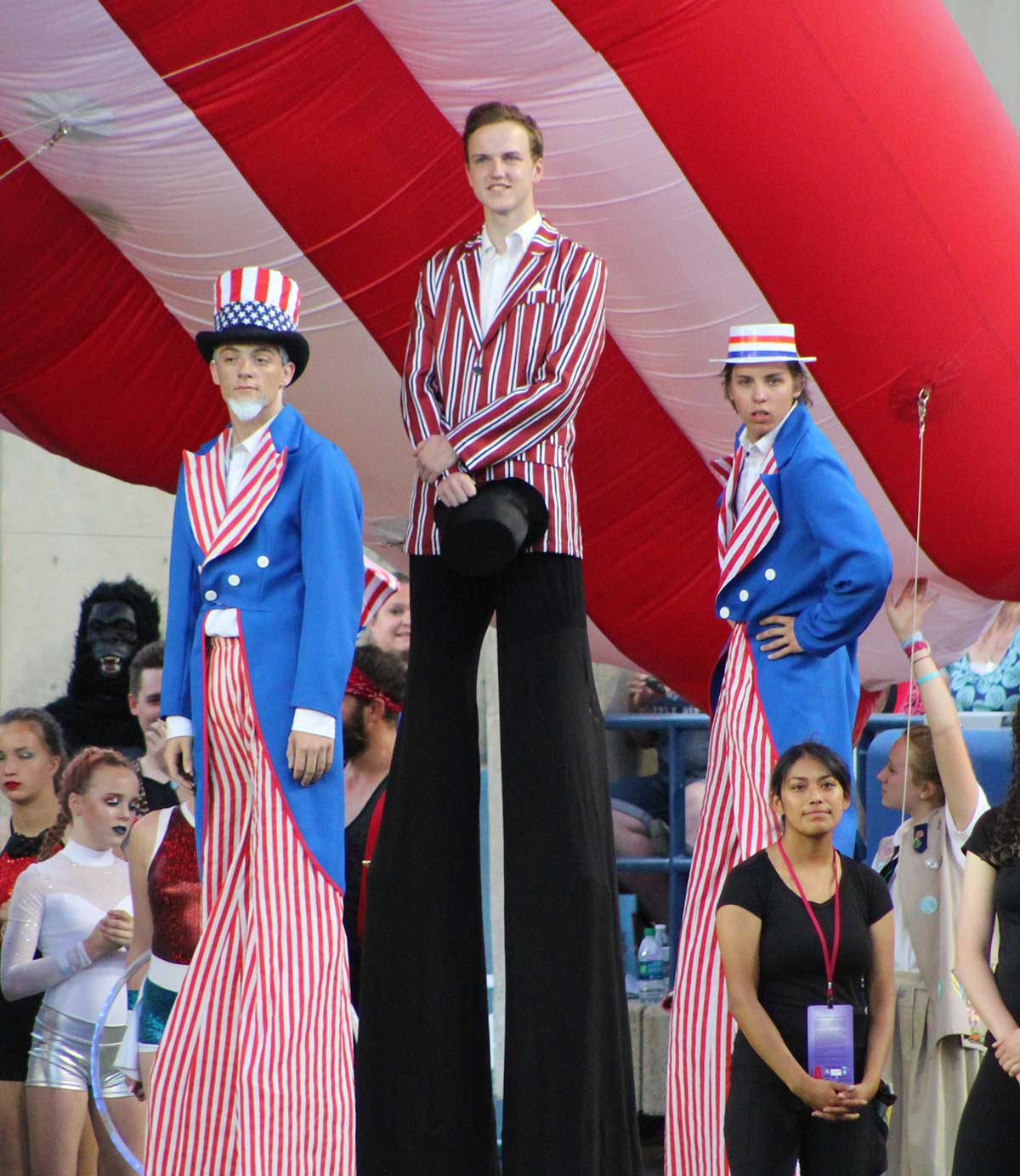 The Stadium of Fire added a variety of new stunts to the program inspired by the hit movie musical, “The Greatest Showman.” This included performers on stilts. There were also fire twirlers as part of the circus-inspired act. The program also included acrobatics as part of the opening dance number. Gymnasts performed tricks on the group beneath the aerial performers. And, of course, the Stadium of Fire dancers participated in the opening number as well as helped accompany other performing groups. Nearly 200 singers and bands auditioned online to compete live at the Stadium of Fire. Two teams were selected to perform for a few minutes on Wednesday night with the hopes of earning a contract for their band. Unfortunately, The Honey Hounds did not win. Dylan Dunlap, who competed on “The Voice,” and his band took home the prize. 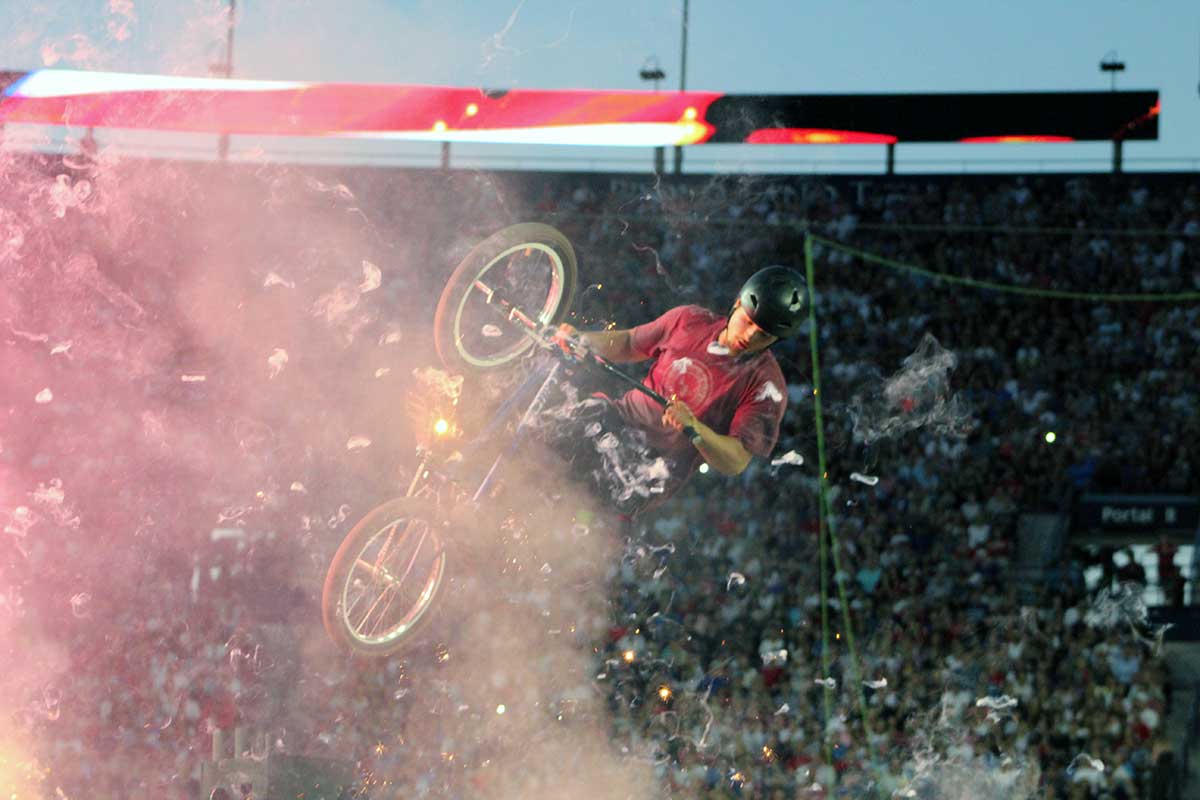 As part of the stunt spectacular, BMX riders performed tricks on a quickly assembled ramp. 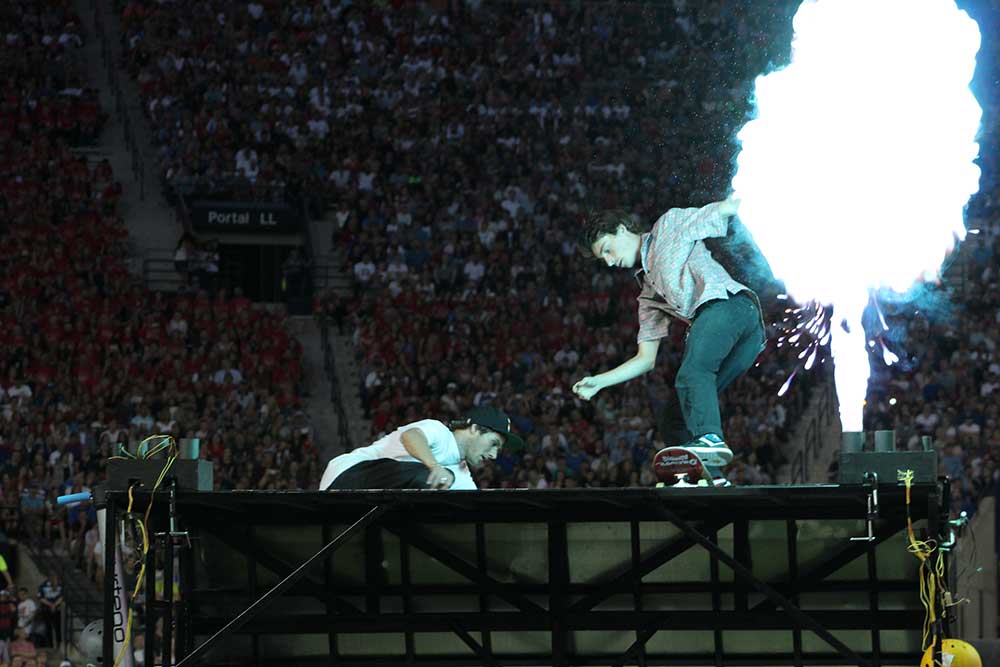 There were also skateboarders flipping and twisting alongside the BMX riders.

Po-go to the Stadium of Fire Even pogo stick performers shuffled up and down during the stunt performance. Josh Holt, a Utahn who was imprisoned in a Venezuelan prison for nearly two years and released about six weeks ago, was one of four Freedom Award recipients.

Light up the night Dancers returned to the field after the sun set with LED light costumes. 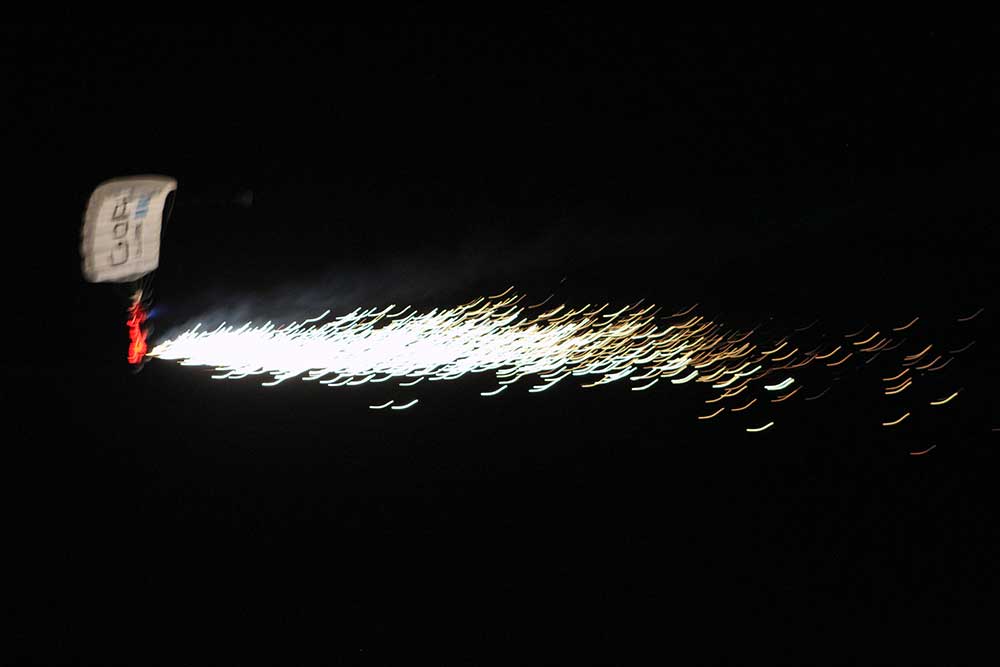 For the first time in Stadium of Fire history, the Rockwell Airtime skydive team dove into the stadium after dark. The crowds at the Stadium of Fire colored the stadium red, white and blue.

Quarterback vs. quarterback: who will lead BYU's offense in 2018? Next post