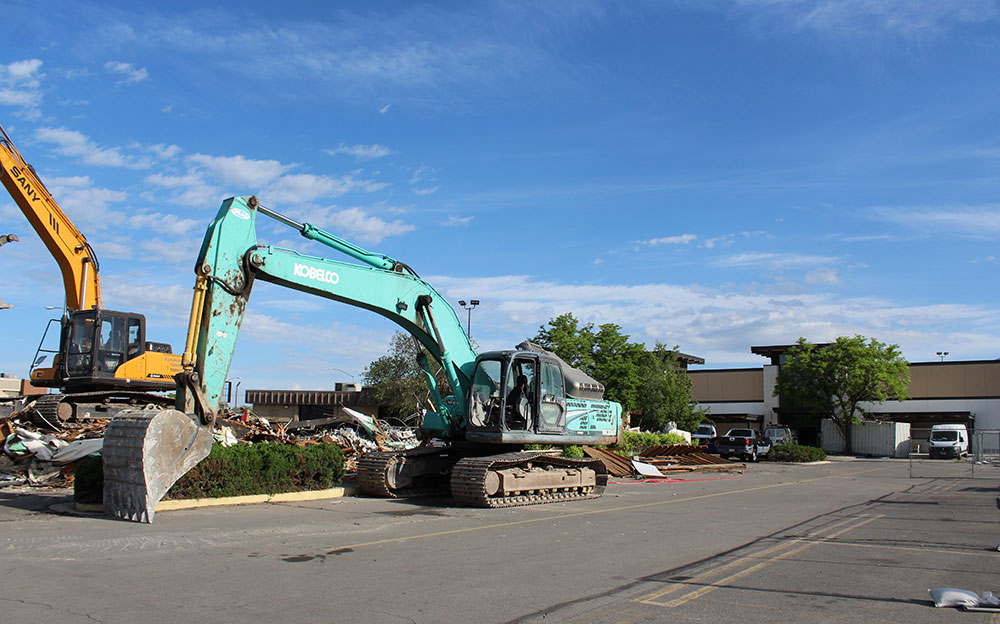 In June 2018, construction workers demolished the Big O Tires on State St. in Orem, Utah in order to expand the parking lot for Trader Joe’s. (Photo by UV360)

Trader Joe’s will officially open its doors to its new building in Orem, Utah on July 27 at 8 a.m., the speciality grocer announced Monday afternoon.

Prior to the doors opening, there will be a ribbon cutting at 7:45 a.m., Orem City announced on Facebook.

The Trader Joe’s location in Orem was originally announced in May 2017. Both Orem and Provo residents started their push to attract Trader Joe’s to their individual cities in 2014. On Facebook, Orem asked its citizens to fill out a Trader Joe’s Location Request form online. While neighboring Provo also sent in requests and posted on social media, it was Orem that caught Trader Joe’s attention.

“It was shared with me that because of the citizen engagement, we did get on Trader Joe’s radar,” said Ryan Clark, Orem’s economic development division manager, in an interview with UtahValley360 in June.“They knew about our market, but from what I understand, it wasn’t in their short-term plan to expand down in this area, but because of the attention they received, they started looking into it and accelerated at that point.”

Throughout June, Trader Joe’s has been taking the last steps to prepare for the store, which is located next to Macy’s at University Place. Recently, the old Big O Tires building on State St. was demolished as was the old Wells Fargo location on State St. The businesses, which have moved to new locations, were demolished to make room for an expanded parking lot. Plus, Trader Joe’s storefront will now be visible from State St. once construction is completed. Plus, construction workers have been putting the finishing touches on the interior.