I Will Survive: Lani Sitake’s principles on love leave a legacy in local education 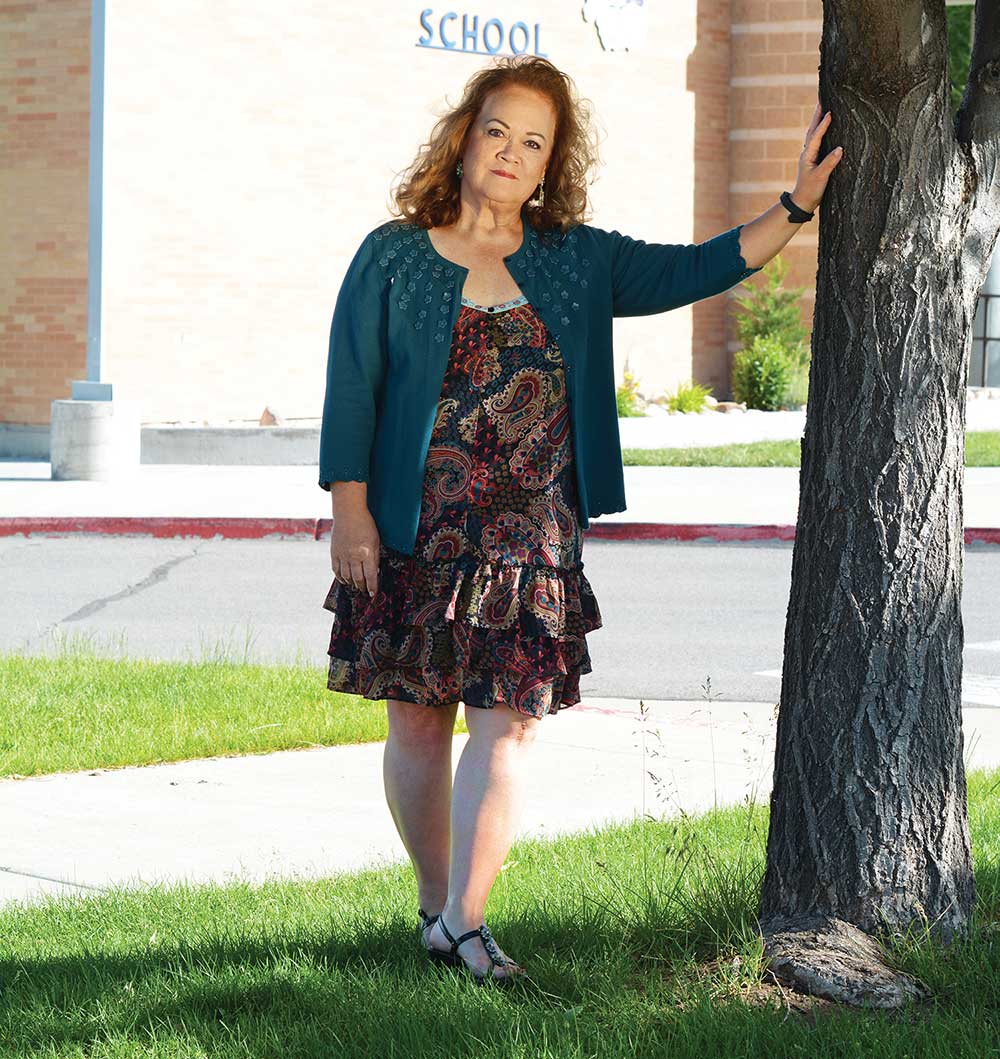 Female Power Anthem of Choice: ‘I Will Survive’ by Gloria Gaynor

Lani Sitake’s life philosophy is about more than mere survival — it’s about surviving well. Born in Hawaii and raised in Utah, Lani has been  principal for Windsor Elementary for the past four years. She retired this May from an almost 30-year career in education.

“I’ve been through hard things just like everybody else,” Lani says. “Growing up in Utah as a minority had challenges. When I went to school in the 1960s, most children didn’t know what Hawaii was. If you weren’t white, you were lumped in a non-white category.”

Lani was the only female minority administrator working for Alpine School District.

“There’s a lot on my shoulders to make sure I leave a legacy for other women who want to venture into administration,” Lani says.

At the top of Lani’s list of legacy achievements is bringing the Spanish Dual Immersion program to Windsor.

Lani’s parents told her, “‘Society won’t expect that much from you. But that means you’ll have to work twice as hard as anybody else.’”

“As long as
I know how
to love,
I know
I’ll stay alive.”[/pullquote]

Lani took that advice to heart.

“In my life, in my schooling, in my career, I try to work twice as hard so that what I do makes a difference,” she says.

A career in education was less of a choice and more of a calling for Lani. Her greatest inspiration and mentor in education is her father. As the great-grandson of a Chinese immigrant, Lani’s father became the first in his family to graduate from high school. He continued on to earn his bachelor’s, master’s and doctorate degrees. Lani was a pupil in her father’s classroom as a sixth grader and again as a college student at BYU.

“They gave me a lot of the hard boys because I could be firm, but I was fair,” she says.

“I was talking about my philosophy of education and the kids are like, ‘Wow, this is the best April Fools’ joke ever,’” Lani says, “Then I showed up again the next day.”

For Lani, building up Windsor Elementary to be a place the community and the students are proud of is no laughing matter — it was a loving matter.

“This school needed love,” Lani says. “The teachers needed to be loved and supported. The school physically needed to feel love outside and inside.”

Making others feel loved and appreciated is something I do well because I felt loved growing up.”

Her adult years have also been filled with heart. She married Tom Sitake two decades ago and created a blended family.

When Lani had a stroke seven years ago, predating her administration interviews, “He sat and worked with me and gave me the confidence I could interview,” Lani says.

“Kalani has coaches to work with. I have teachers to work with. He has players. I have students. There’s a kinship when you’re both responsible for people,” she says.

All My Life to Live

Before Lani’s official retirement date, she shared fond feelings about her time at Windsor Elementary.

“When I walk out these doors, I will be very sad and tearful,” Lani says. “But I will know I came and did what I needed to do. And I did my best.”

Although her full-time job has changed, Lani’s passion for education has not.

“If you’re an educator, and you’re not going to school or bettering yourself, you’re really not an educator. You have to always be learning,” Lani says.

With that mindset, Lani intends to spend her retirement traveling.

“The world will be my classroom,” she says.

Before the end of 2018, Lani and her husband plan to visit Seattle, Portland, San Francisco and Australia. Next year’s destination: Great Wall of China.

This Is Me: Brittany Wiscombe writes and directs a great show Previous post

How Far I'll Go: Stevie Henderson tracks a trail of style Next post